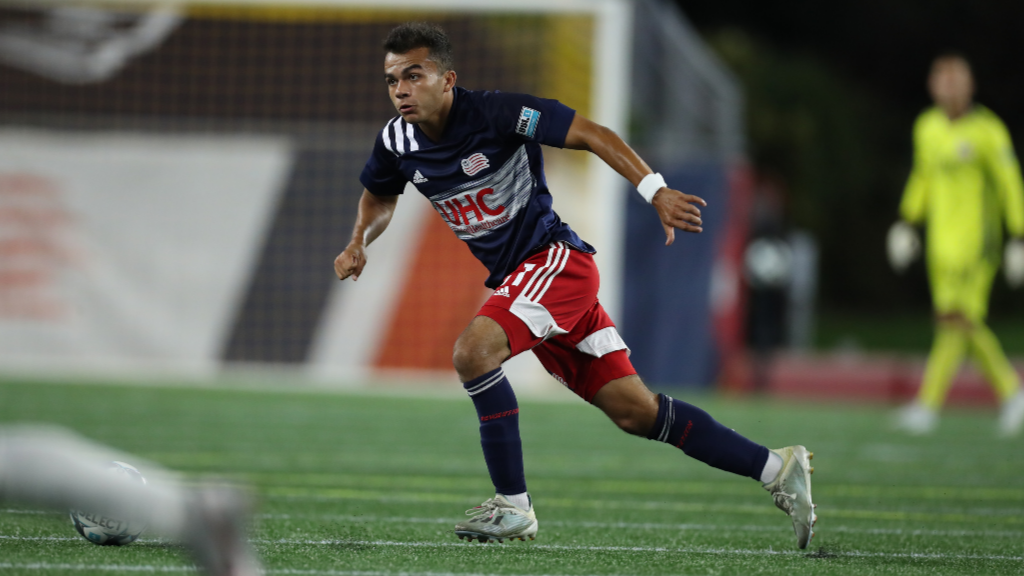 Colby Quinones logged over 1,000 minutes and taliled an assist in his first League One season with New England.

Quinones, a Bedford, New Hampshire. native, signed his first professional contract after a standout season in USL League One. He becomes the third player to ascend directly from the Revolution Academy to the second team roster following Dennis Ramirez and Meny Silva. Quinones appeared in 14 of 16 games for Revolution II in the team’s inaugural season. He surpassed 1,000 minutes played, becoming the first active Academy player to do so, and notched his first professional assist. A member of the Revolution’s Residency Program, Quinones finished the season with 29 clearances, 14 interceptions, and eight blocked shots.

O’Hearn, 22, made 62 appearances in three years at Georgetown University, including 24 appearances during the Hoyas’ 2019 National Championship season in which he was part of a back line that posted 13 shutouts. A native of Mountville, Pennsylvania, O’Hearn also recorded four assists as a junior last year.

DeShields, 22, spent four years at Wake Forest and made 60 appearances at both center back and outside back. As a redshirt junior in 2019, the Baltimore, Maryland. native was named Second-Team All-South Region after anchoring a defense that maintained a 0.72 goals-against average.

Puckerin, 18, most recently spent time with Atlanta United’s Academy and has trained in Europe with West Ham United and Aberdeen Football Club. A U.S. Youth National Team goalkeeper, the Cambridge, Massachusetts native has received invitations to U-16 and U-17 U.S. National Team camps.

The Revolution II roster currently stands at 12 players, including the following six players who had their contract options exercised for the 2021 season: Maciel, Jon Bell, Joe Rice, Connor Presley, Ryan Spaulding, and Tiago Mendonca. Midfielder Dennis Ramirez and forward Meny Silva, both alumni of the Revolution Academy, were already under contract for the 2021 season.