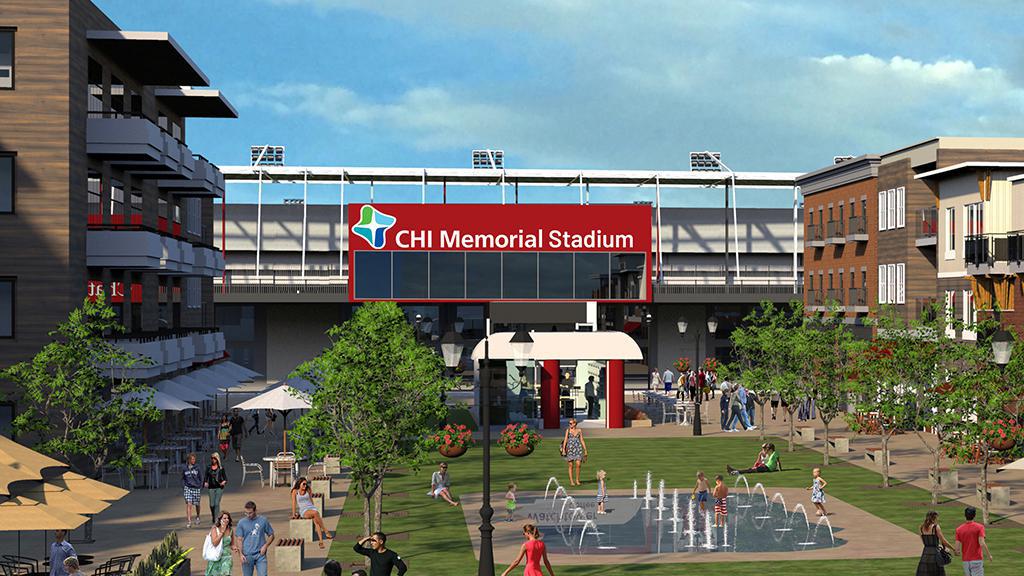 The new stadium – part of a $150+ million mixed-use development – opened officially on August 1 this year as the Red Wolves welcomed USL League One rival FC Tucson for its inaugural game. The venue will now play host to the best Division II talent in the country in consecutive years as part of a larger group of six NCAA events set to be hosted in the region in the coming years.

“This is only the beginning of what we see as a long-standing partnership between CHI Memorial Stadium, Chattanooga Sports Commission and the Cities of East Ridge and Chattanooga. Professional sports brings communities together and creates city and state pride. Our organization will continue to work in this direction and increase professional sports in Chattanooga,” said Red Wolves owner Bob Martino. “Our recognition in the national spotlight is a result of true teamwork and shows that communities, cities, area professionals and a development organization like ours can create amazing results. Congratulations to those that put in all the hard work to showcase this facility and this great city on a national stage.”

CHI Memorial Stadium is set to move into its next phase of construction following the conclusion of the 2020 League One season, which will include the installation of a roughly 2000 sq. ft video scoreboard, Digital Field Runner Boards, lights, and completion of the Sky Suites and Executive Club. Construction also recently began on one of the residential elements of the overall facility, and the organization is set to add many exciting new components that will see the facility continue to grow between now and the 2023 National Championships.

“CHI Memorial Stadium is a place where our community can enjoy all levels of soccer, and hosting a NCAA championship is a great opportunity for our region,” said Red Wolves General Manager Sean McDaniel. “Showcasing our city on a national stage in such a wonderful venue is something we can all be proud of.”

CHI Memorial Stadium is one of three new facilities opened by USL clubs that will play host to NCAA National Championships in the coming years. Next year, the Championship’s Colorado Springs Switchbacks FC will host the NCAA Division II Men’s and Women’s Championship at its new 8,000-seat downtown stadium that is scheduled to open next spring, while Louisville City FC’s 11,700-seat Lynn Family Stadium will be the host for the 2023 NCAA Men’s College Cup as the two-time Championship title-winner welcomes the top Division I programs in the country to its new facility.