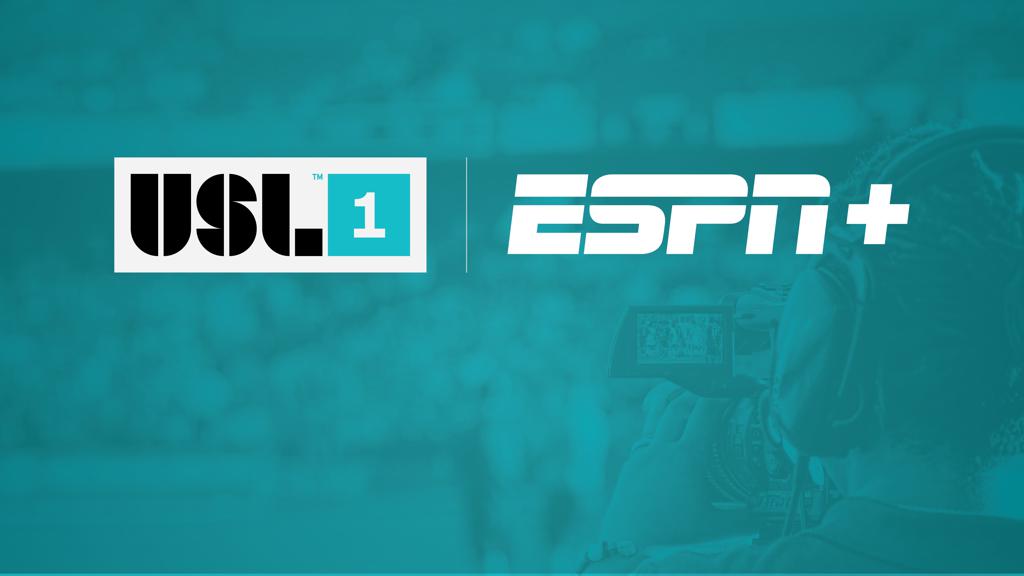 TAMPA, Fla. – The United Soccer League and ESPN have reached a landmark agreement that will continue the multi-level growth of professional soccer in the U.S. and bring every game of USL League One’s inaugural 2019 season to ESPN+, the leading direct-to-consumer sports streaming service.

USL League One is the new United States Soccer Federation-sanctioned Division III league. Its regular season kicks off the weekend of March 29-30 and will conclude with its postseason in October.

“This is a big moment for League One,” said League One Senior Vice President Steven Short. “Placing the league side-by-side with some of the best professional soccer in North America and the rest of the world on ESPN+ will create major visibility to League One’s inaugural season. It will allow us to showcase the best of what this league will have to offer for fans across the United States.”

The addition of League One’s 2019 regular season and postseason schedules to the platform, results in more than 700 games across the USL Championship and League One on ESPN+ in the 2019 season. The games will be produced by USL Productions, the league’s state-of-the-art broadcast production, broadcast and distribution facilities with VISTA WorldLink in south Florida.

Launched in April 2018, ESPN+ has already surpassed two million subscribers and established itself as a must-have for soccer fans in the U.S. It offers hundreds of top-level soccer matches from around the world, including Major League Soccer, UEFA Nations League, Italy’s Serie A, England’s FA Cup and English Football League Championship and League 1, the Dutch Eredivisie, Australia’s A-League and more.

The United Soccer League will enter its fourth full season of media rights agreement with ESPN in 2019, with contests from the USL Championship having aired regularly on ESPN’s platforms since the start of the 2016 campaign. Last November the USL Cup aired on ESPN2 for the first time as Louisville City FC claimed its second consecutive championship with victory against Phoenix Rising FC.

About USL League One
USL League One is shaping the future of the game in the United States, uniting passionate fans in new markets with the thrill of a proven professional soccer experience. League One was granted provisional Division III sanctioning by the U.S. Soccer Federation for 2019. South Georgia Tormenta FC, FC Tucson, Greenville Triumph SC, Forward Madison FC, Chattanooga Red Wolves SC, Toronto FC II, Orlando City B, Lansing Ignite FC, North Texas SC and the Richmond Kickers have been revealed as teams set to compete in the inaugural 2019 season.

About ESPN+
ESPN+ is the multi-sport, direct-to-consumer video service from The Walt Disney Company’s Direct-to-Consumer and International (DTCI) segment and ESPN. It reached 2 million subscribers in less than a year and offers fans thousands of live events, on-demand content and original programming not available on ESPN’s linear TV or digital networks, along with premium editorial content.

ESPN+ is available as an integrated part of the ESPN App (on mobile and connected devices) and ESPN.com. They are the industry-leading all-in-one digital sports platform, delivering a rich, personalized experience to tens of millions of fans every month.