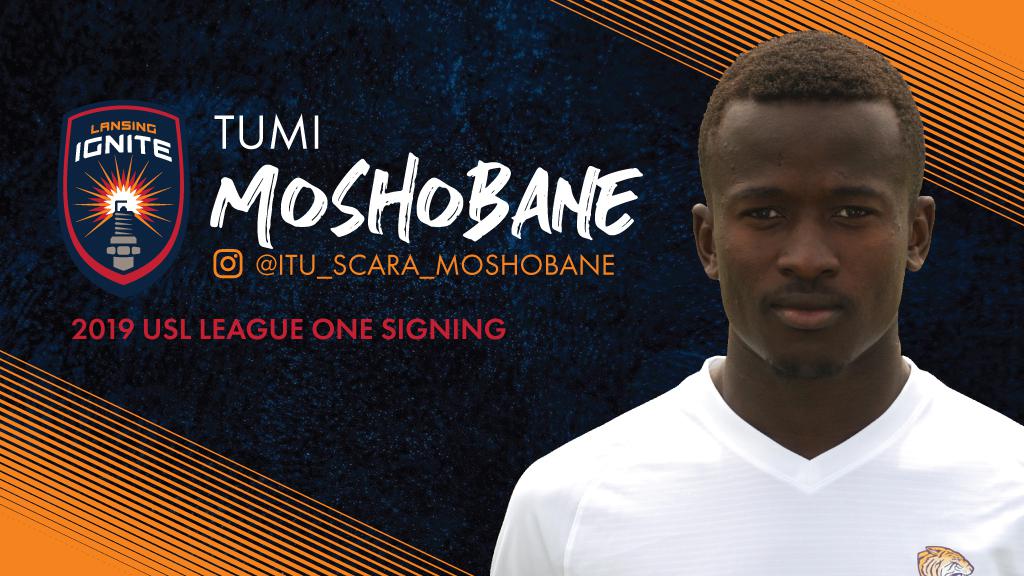 LANSING, Mich. – Lansing Ignite FC added some midfield depth to its inaugural roster on Friday as the club announced the signing of Tumi Moshobane for the 2019 USL League One season, pending league and federation approval.

A talented youth player from Soweto, South Africa, Moshobane was a member of the youth system of Kaizer Chiefs FC – one of the most successful clubs in South Africa – before moving to the United States.

“Tumi is a high-quality player who possesses a wonderful mix of creativity and work rate,” Lansing Head Coach Nate Miller said. “He glides with the ball and can unlock a defense at any moment. Tumi is also excellent defensively and gives the team great balance on the field. Tumi is going to be a great pro as he has the personality and mentality to succeed.”

For the past two collegiate seasons, Moshobane has scored 17 goals and provided seven assists in 40 matches for Olivet Nazarene University. He earned First Team All-Chicagoland Collegiate Athletic Conference honors and was a National Association of Intercollegiate Athletics All-America Honorable Mention in both seasons.

Moshobane returns to Michigan having played for Lansing United in 2017 and has also competed for the Charlotte Eagles in USL League Two.

“It’s a huge honor to be back in Lansing and as a part of Lansing Ignite,” Moshobane said. “Thanks to Coach Miller and the team for giving me this opportunity. I can’t wait to start working and meeting everyone.”