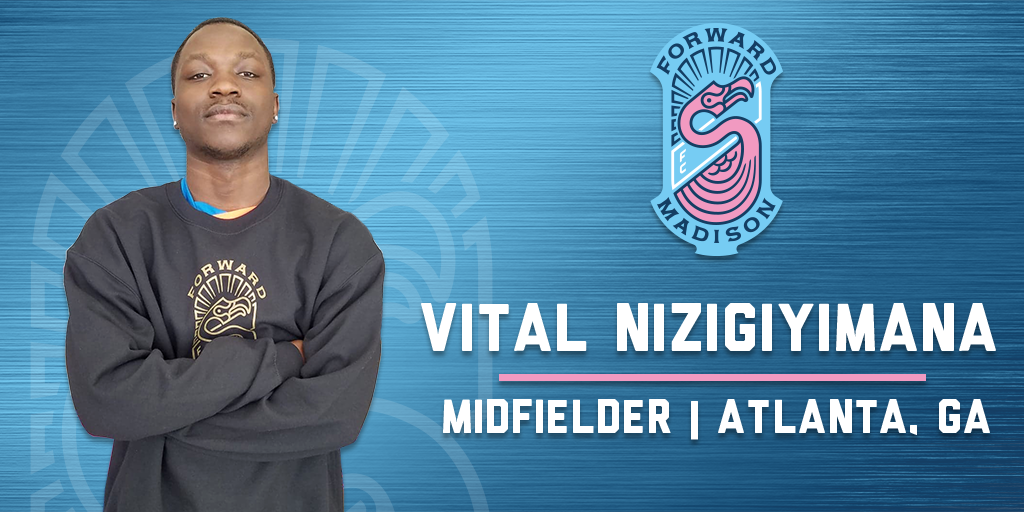 MADISON, Wisc. – Forward Madison FC added to its midfield depth on Tuesday as the club announced the signing of Vital Nizigiyimana for the 2019 USL League One season, pending league and federation approval.

Nizigiyimana, who previously played for both Madison College and the Madison 56ers, joins Forward Madison after a successful trial with the club. The 22-year-old holding midfielder had all but given up his dream of becoming a professional soccer player before the trial, saying he knew this could be his last opportunity.

“It’s unbelievable, because for a minute I was going to stop playing soccer and just work,” Nizigiyimana said. “I actually stopped for a couple months before the trial, but I love soccer.”

Madison Head Coach Daryl Shore was impressed with what he saw from Nizigiyimana throughout the trial, but also expects there to be a bit of a learning curve as he jumps up to a new level in his professional career.

“We like that he’s versatile and fits the style we want to play,” Shore said. “We like his overall awareness on the field and ability to make the right passes at the right times. He’s also got a really good engine and a really good work rate.

“He’s never played at this kind of a level, so he’s a player we feel is going to have to catch up to the speed of things, but we also feel like he has the capabilities and the right qualities to catch on pretty quickly.”

Nizigiyimana, who worked multiple jobs to keep him and his brother off the street, is trusting his work ethic to carry him through.

“I know there are good players; it’s top-level,” Nizigiyimana said. “I’m going to give it my all. One hundred-and-ten percent. I have to.”