Pair set to debut on U.S. professional stage for the first time 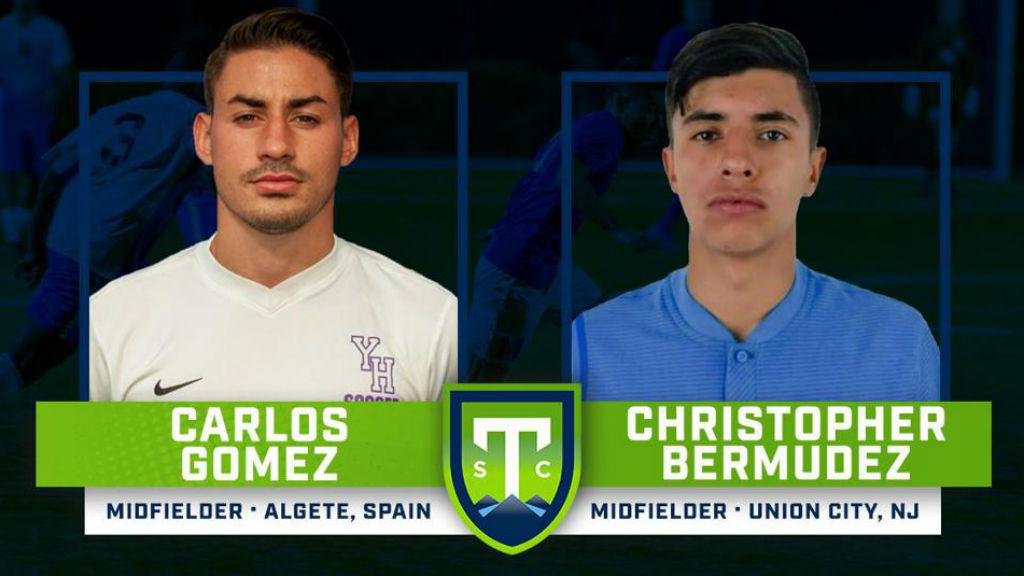 GREENVILLE, S.C. – Greenville Triumph SC added a pair of midfielders to its inaugural roster on Thursday as the club announced the signings of Carlos Gomez and Christopher Bermudez for the 2019 USL League One season, pending league and federation approval.

“I've been waiting for this chance all my life,” said Gomez. “Being a professional player has been my dream since I was a child. This club has given me a great chance to start my professional career, so I'll give everything I have to help this team to grow in every aspect.”

“Coming from nearby Young Harris College, I have been able to witness his domination in his games, and the way he manipulates the game with the ball at his feet,” Greenville Head Coach John Harkes said of Gomez. “He has an excellent creative mindset and work ethic. Happy to bring him to Greenville Triumph.”

Bermudez, a native of Union City, New Jersey, joins the Triumph after a successful trial with the club. He spent three years with the New York Red Bulls Academy, tallying eight goals in 28 career appearances, before most recently playing for Mexican powerhouse Pachuca.

“It’s an amazing opportunity for me to play professionally in America for the first time and make a name for myself,” said Bermudez. “This being the inaugural season should give my teammates and me even more motivation to make history for the club and city.”