From inclusive brand-building to engaging ideas, Krzyzostaniak’s team is making its mark 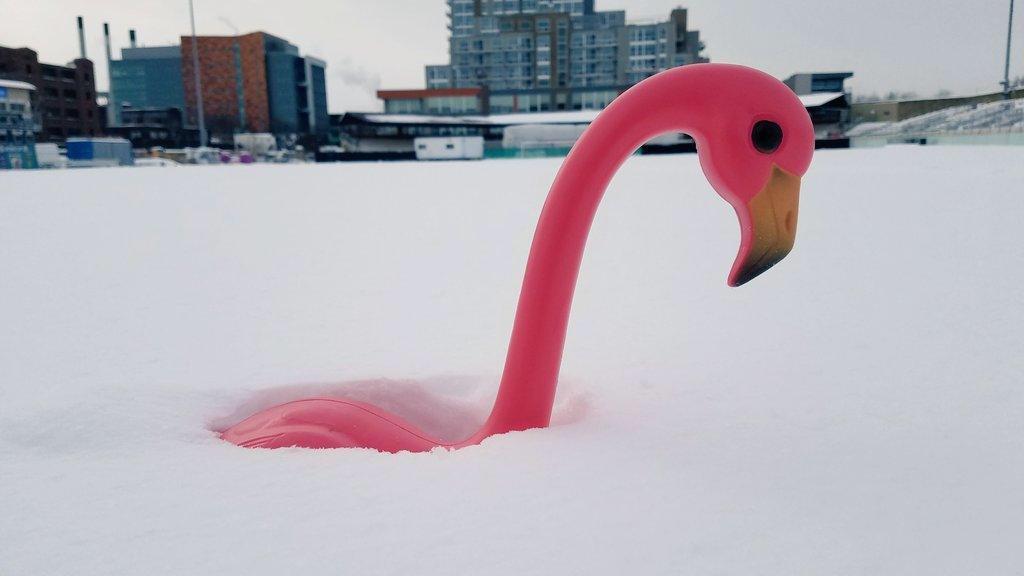 MADISON, Wisc. – When life gives you lemons, you make lemonade.

And, if you’re USL League One club Forward Madison FC, when it gives you a giant snowstorm, you make the sort of viral social content that will immediately put your newly-formed club on the map.

“Last week when we had that terrible weather, a lot of people struggled to get into our front office actually, so we had a lot of people working from home,” said FMFC’s Director of Fan Engagement & Digital Media Kuba Krzyzostaniak. “There were just a few of us that made it in, and my social media intern Jason [Klein] – who has been great, he’s helped me so much in creating a lot of the content on our Twitter page – he had this idea, like, ‘OK, I’ll go brave the outdoor elements, and go over to Breese.’”

Accompanying Klein on his excursion were some of the plastic flamingos that lie randomly around FMFC’s offices, which proved the inspiration for his idea.

Planting one of the flamingos in the snow, Klein began taking photos each day that humorously showed how heavy the snowfall had been. As the club started posting the images to its social media accounts, its fans took over.

“As we were sharing those on our Facebook page, we had actually one of our fans comment on one picture, Mark Crosby, when it was at the half-Mingo level, he was like ‘we’re almost ready to go Full-mingo,’” said Krzyzostaniak. “That had a ton of likes on it, so we started using it as a joke, and that Tweet, A Madison Snow Story – which I think is now at close to 8,000 retweets, 22,000 likes – it got picked up by a few Instagram accounts with more than a million followers that had screen-shotted our tweet, and all the comments on all those were just ‘Full-mingo, Full-mingo, Full-mingo!’”

And so, a new club hashtag was born. 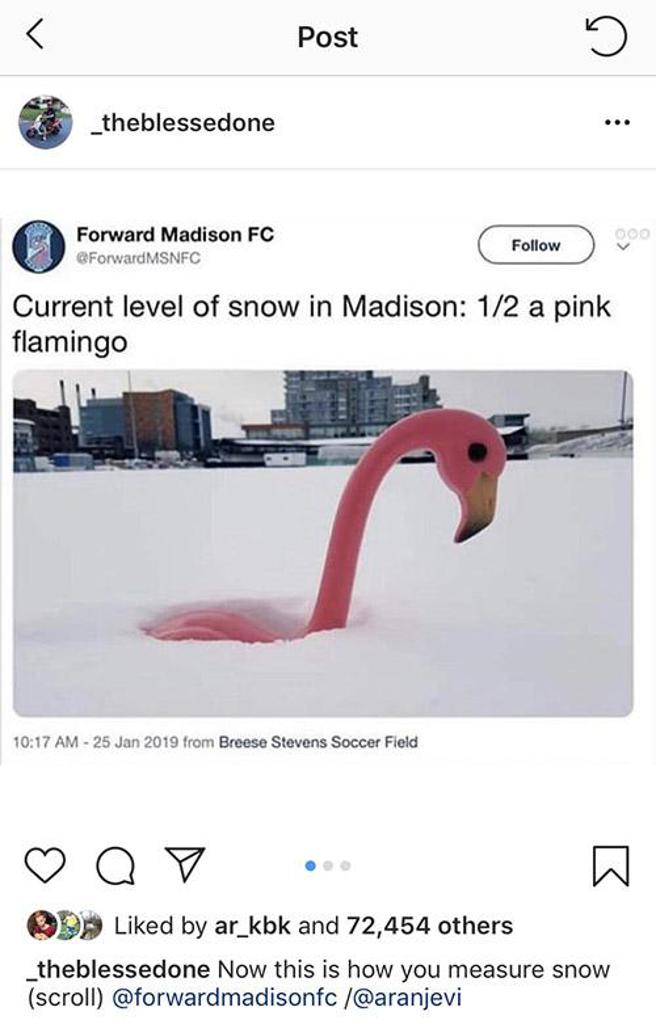 But the story, while great in of itself, also epitomizes the spirit by which Forward Madison has quickly become embraced both locally and nationally, collaborating with supporters on key decisions as the club has ramped up for its first year in USL League One. In the middle of those efforts has been Managing Director Peter Wilt, whose successes in connecting with fanbases at the launch of the Chicago Fire in Major League Soccer and current USL Championship side Indy Eleven provided a blueprint for FMFC’s launch.

“Every club he’s been at, a lot of his success has been reaching out to fans and making them part of the process and being transparent, and we just continued that tradition here in Madison,” Krzyzostaniak said. “The leaders of our supporters group here, The Flock, they were part of the brand building from the very beginning. We had two of the guys in for our strategy sessions when we first launched, and I don’t think too many clubs would have done that. We were showing them early designs for what the logo was, and they really pushed us to what the final product ended up being.

“We wanted this to represent the city, and those were the best people to bounce those ideas off and see, are we close to what will resonate in Madison, and the end product speaks for itself.” 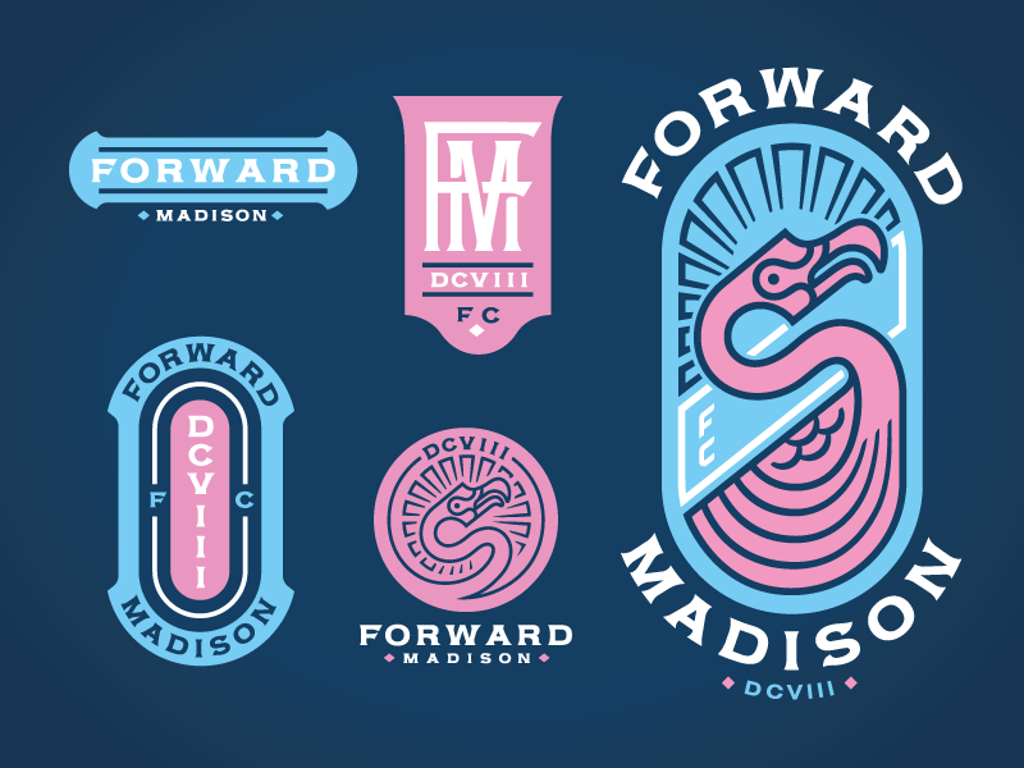 Krzyzostaniak himself has been in the middle of successful campaign launches and creative storytelling in the past, working for KickTV and being a key player when the Bundesliga pushed to accelerate its English-language content and reach in the United States. He points to the success clubs like Bayern Munich and Bayer Leverkusen have had with their English social media accounts in creating an image that people want to interact with and enjoy as one of the models Madison has used in its social strategy.

“Those are just fun accounts that people like to follow because it’s a genuine voice, and it makes it a little more enjoyable to be on Twitter and have fun with your club versus just these really bland, corporate tweets that go out a couple of times a day,” said Krzyzostaniak. “That’s what we wanted to avoid, and those were some of the accounts we wanted to model on, have conversations with our fans and engage with them, not just be this bland, corporate mouthpiece.”

There’s certainly nothing bland about anything Forward Madison has done in preparing its fans for what’s ahead in its inaugural season. From feature stories on the club’s website introducing the personal stories of its players to funny and clever social media storytelling, FMFC has developed a following that has spread throughout the North American soccer community, and even overseas. 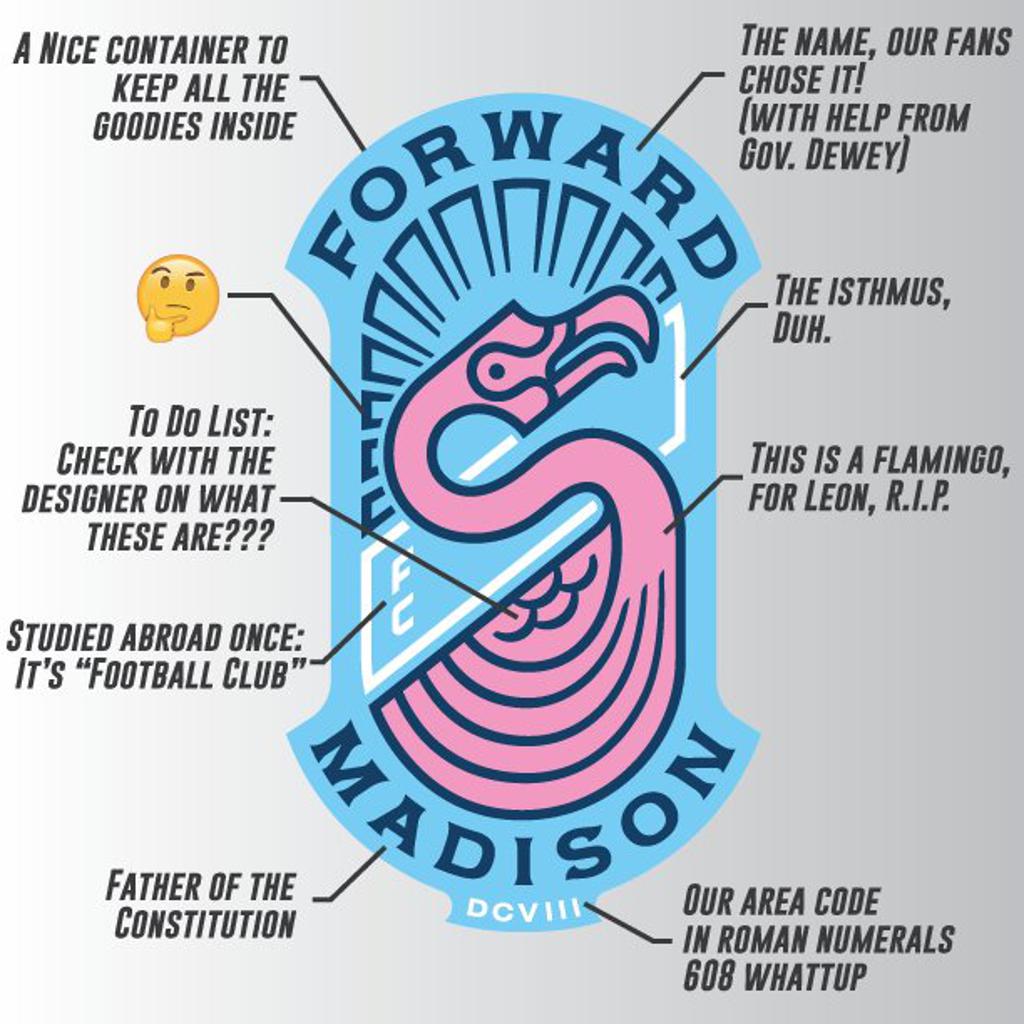 ... while also having fun with an unconventional reveal of the meanings behind the elements.

Achieving that level of visibility in just three months after its branding launch last November  has put the club firmly on the map and has its newly-won followers waiting to see what’s next. With a kit launch coming soon, and its inaugural home opener on April 27 at Breese Stevens Field against Greenville Triumph SC, FMFC believes it’s just getting started on what it can become.

“We don’t see ourselves as being a small club,” said Krzyzostaniak. “Some people might say, ‘OK, these guys are in the third division,’ but we think we can be a favorite club of people not just in Wisconsin but around the country, around the world. We’ve sold merchandise to 45 different states, to four different countries, we’ve got people in Germany tweeting at us and in the U.K., so we think we can be people’s second-favorite club. Maybe we can’t be their hometown team if they’re not from Madison, but we can be your second-favorite team, for sure.”