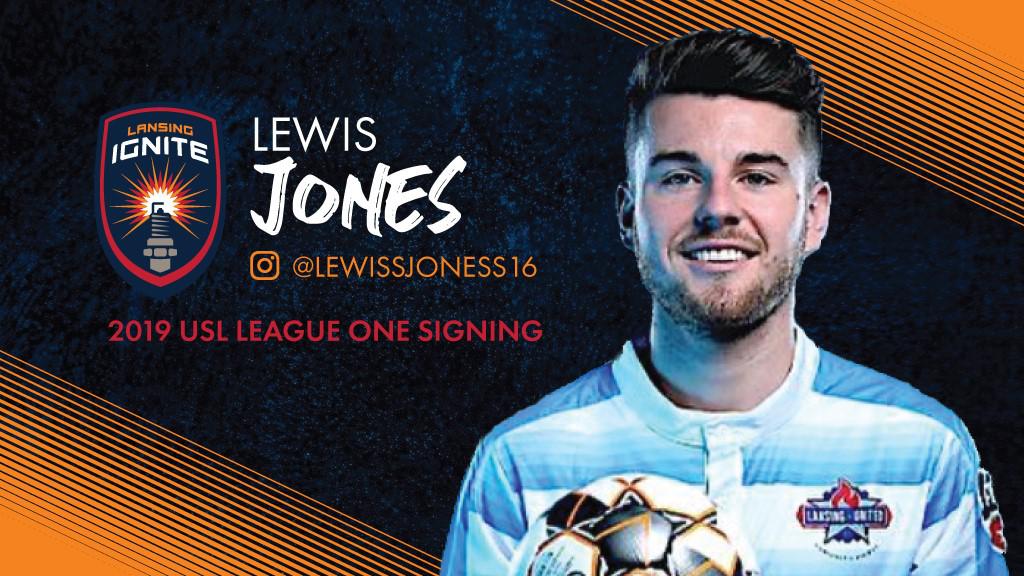 LANSING, Mich. – Lansing Ignite FC added to its inaugural squad on Friday as the club announced the signing of British Virgin Islands international Lewis Jones for the 2019 USL League One season, pending league and federation approval.

A standout performer at Andrew College in Cuthbert, Georgia, Lewis reached new heights after joining Spring Arbor University in 2016. In two seasons with the Cougars, he recorded 17 goals and 17 assists in 44 appearances, helping the team win back-to-back Crossroads League regular season titles and advance to the second round of the NAIA Men's Soccer National Championship twice.

Last summer, Jones featured for Lansing United in USL League Two, making 11 appearances for the side over the regular season and playoffs.

“Jonesy is a player who I have a lot of trust in and who can play multiple positions with a high level of quality,” Lansing Head Coach Nate Miller said. “His work rate is impeccable and can impact the game in a variety of ways. His fitness and versatility give us a lot of value. Jonesy’s mentality and approach to the game has always impressed me as he is always able to find solutions in the flow of the game.”

The 5-foot-10 talent has also appeared on the international stage for the British Virgin Islands, making two appearances for The Nature Boyz during qualifying for the 2016 Caribbean Cup.

“My experience in Lansing last summer was unforgettable, so I’m thrilled to get back to the city and be a part of something special with Lansing Ignite,” Jones said. “I’m excited to learn from Jeremy and Coach Miller again and am eager to get on the pitch.”