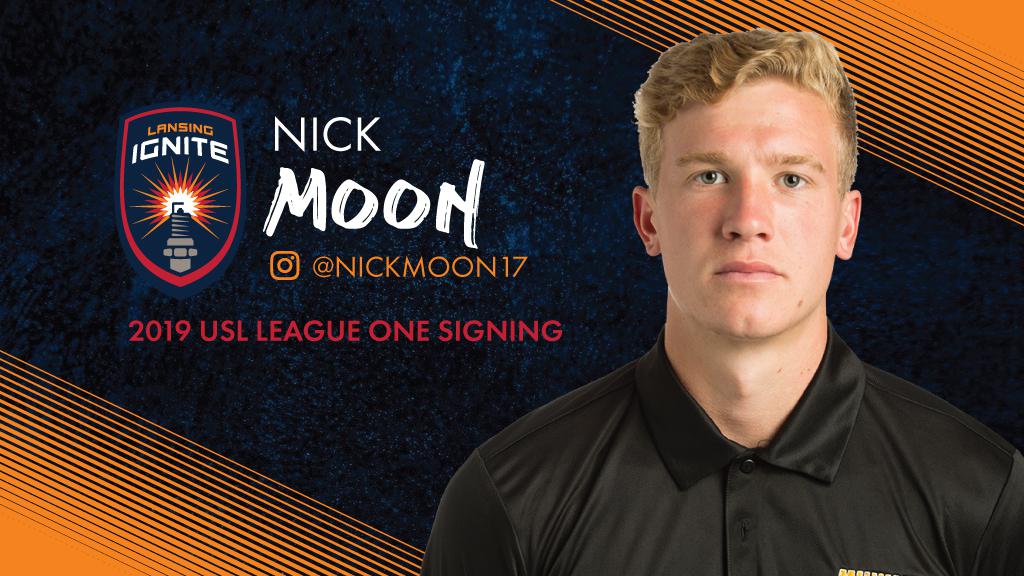 LANSING, Mich. – Lansing Ignite FC added to its inaugural roster on Wednesday as the club announced the signing of former University of Wisconsin-Milwaukee standout Nick Moon after a successful trial with the club.

The 6-foot-1 Waukesha, Wisconsin native has the size and ability to excel in a variety of positions on the field, including as a forward, in the midfield and as a winger or fullback.

“Nick is a phenomenal athlete who can play a number of different roles for the team,” LIFC Head Coach Nate Miller said. “I believe he is an extremely underrated player, and given the right environment and potential positional change, he will make for an important addition to our team.”

Moon scored 12 goals and provided 13 assists in 71 appearances for the Panthers over his four collegiate seasons. He recorded his strongest season his senior year, tallying six goals and six assists en route to earning First Team All-Horizon League honors. Moon has also featured for Lane United FC in USL League Two, scoring 12 goals and assisting on four more in 24 appearances for the club.

“It’s an amazing honor to sign for Lansing Ignite,” Moon said. “I can’t thank Coach Miller and the coaching staff enough for giving me this opportunity. I’m excited to take the next step in my career and compete for the city of Lansing.”