Center back made 21 appearances for North Carolina FC in 2018 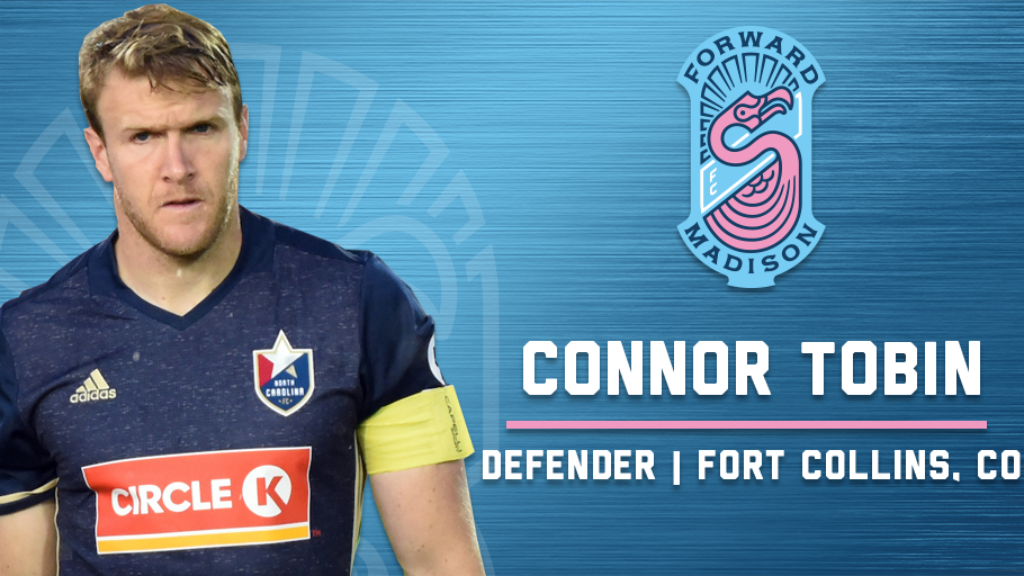 MADISON, Wisc. – Forward Madison FC signed its first defender in franchise history on Monday as the club announced the addition of 31-year-old center back Connor Tobin for the 2019 USL League One season. The transaction is pending league and federation approval.

Tobin most recently featured in the USL Championship with North Carolina FC, scoring one goal and making 85 clearances in 21 appearances during the club’s debut season in the league. The Fort Collins, Colorado native spent five seasons with NCFC in all, amassing over 100 appearances for the side after joining from Minnesota United FC ahead of the 2014 season.

“Connor is a player who has a vast amount of experience in the USL and we are ecstatic that he is joining our team,” Shore said. “Connor is a major addition to our roster, which we expect to compete for the League One championship this year.”

According to Tobin, the fan-friendly, start-up atmosphere at Forward Madison FC reminds him of the early days of Minnesota United before it entered Major League Soccer.

“I was attracted to Madison because I wanted to be a part of something that had that organic feeling again,” Tobin said. “I think the club has already laid a great foundation, and I hope to play my part in creating something that’s fan-centric, that’s really unique, that’s different, that connects an entire community.”

Tobin, who began his professional career with Norwegian club Nybergsund in 2009, is also hoping that Madison is the place where he can finally mark his career with a championship.

“I’m getting on the later side of my career now, and I’ve started to realize I won’t have many more of these chances,” Tobin said. “My expectation is to win a championship. For me, that’s the only thing that matters.”