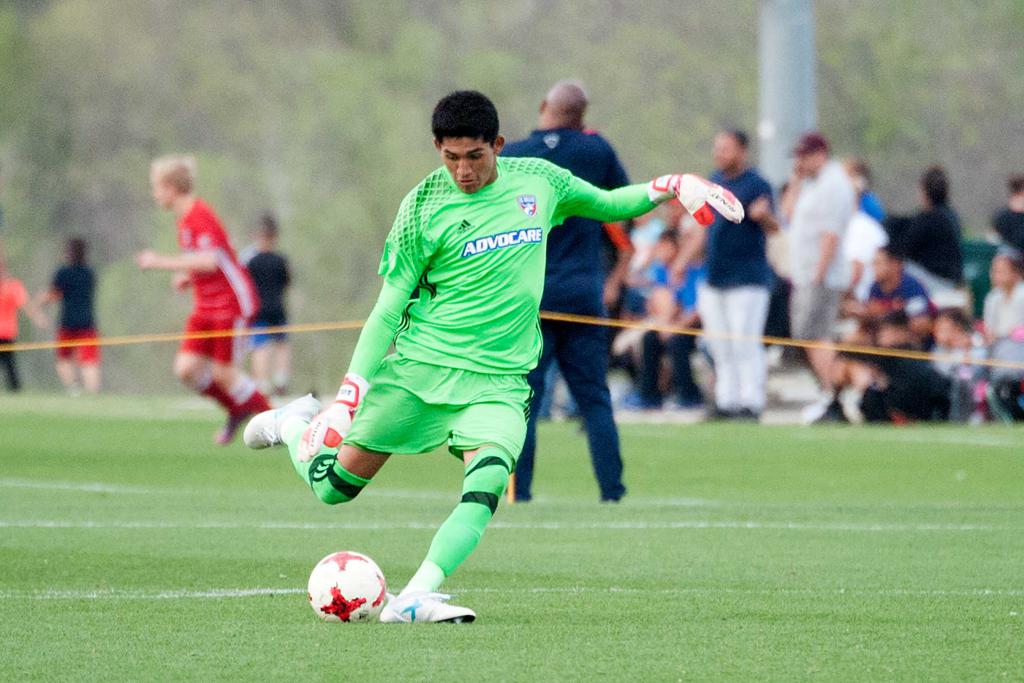 Avilez in action for the FC Dallas Academy

Each of the transactions is pending league and federation approval.

Avilez, 20, joined the FC Dallas Academy in 2012 and was its first Homegrown player to sign a USL contract through the club’s affiliation with Oklahoma City Energy FC in 2017. Avilez has been called up to Mexico’s U-20 National Team camp on two occasions.

Rodriguez, 20, joined the FC Dallas Academy in 2017 and quickly made his mark by scoring the game-winning goal against CF Monterrey Rayados in Dallas Cup XXXVIII Final to lead FC Dallas to its first Gordon Jago Super Group title. In total, Rodriguez played 13 games for the Academy in 2017, scoring eight goals.

Romero, 22, played for the FC Dallas Academy for three seasons beginning in 2013. During the 2015 season, he scored 11 goals in 26 games for the U-18 Academy team before joining Mexican side Inter Playa del Carmen. He most recently played with Pumas Premier, making three appearances during the 2018 campaign.

Bissainthe, 19, is a graduate of the Real Hope Football Academy in Cap-Haïtien, Haiti. While playing for Haiti’s U-20 team alongside North Texas SC signing Ronaldo Damus, Bissainthe scored three goals in four games during the 2018 CONCACAF U-20 Championship.

Ibrahim, 19, played for AS Togo Port before moving to MFK Vyskov in the Czech third-division in 2018. The defender, who joins the club on loan with an option to buy, has represented Togo internationally at various youth levels.