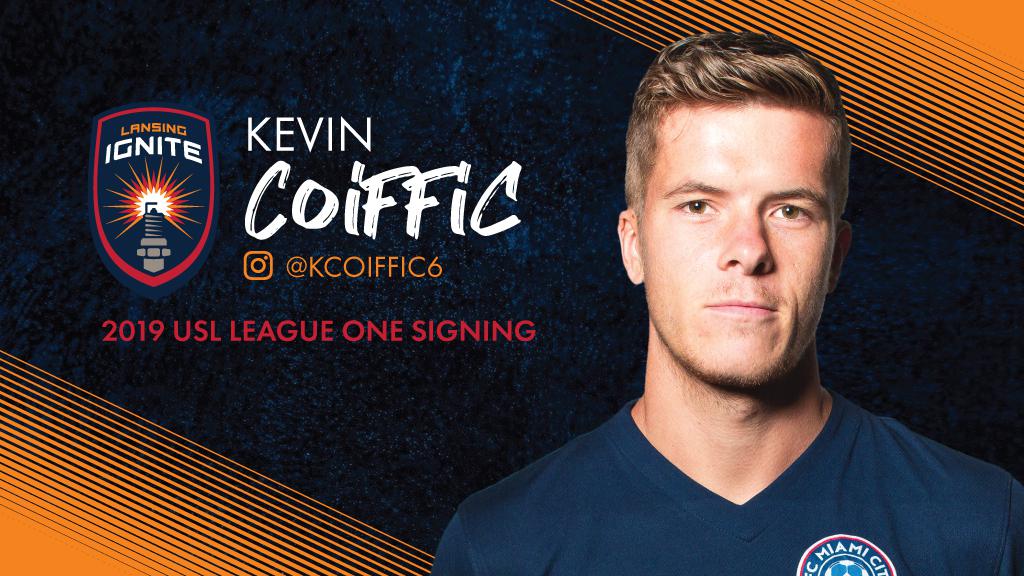 LANSING, Mich. – Lansing Ignite FC announced on Thursday that it had signed defender Kevin Coiffic for the 2019 USL League One season, pending league and federation approval.

A youth product of French side FC Lorient, Coiffic played for Broward College in 2016 and was named to the NJCAA Division I All-America Third Team before transferring to Young Harris College (NCAA Division II). Coiffic earned Peach Belt All-Conference Team honors after helping Young Harris to a 17-1-1 record in 2018, recording three goals and three assists in 19 matches. He also led the Mountain Lions in minutes played and helped the team record nine shutouts.

“Kevin is a center back who has all the tools to be a top player,” Lansing Head Coach Nate Miller said. “Kevin’s aerial ability is immense and can be a dominant force in both boxes. He brings the passing range we are looking for as well as good pace, which is important for us in the back.

“For me, Kevin is a key player to watch as the season develops.”

Since 2016, Coiffic has also competed for FC Miami City in USL League Two, earning countless honors, including being named to the 2017 All-Southern Conference Team and being recognized as one of the league’s Top Prospects. In 36 appearances for the club, he scored nine goals and provided two assists.

“It’s an honor to begin my professional career in Lansing, and I look forward to working with Coach Miller as I continue my development,” Coiffic said. “I want to thank FC Miami City, Young Harris and Broward for giving me countless opportunities to compete and improve as a player and can’t wait to make an impact for Lansing Ignite FC.”