140 matches to be played from March-October for inaugural season 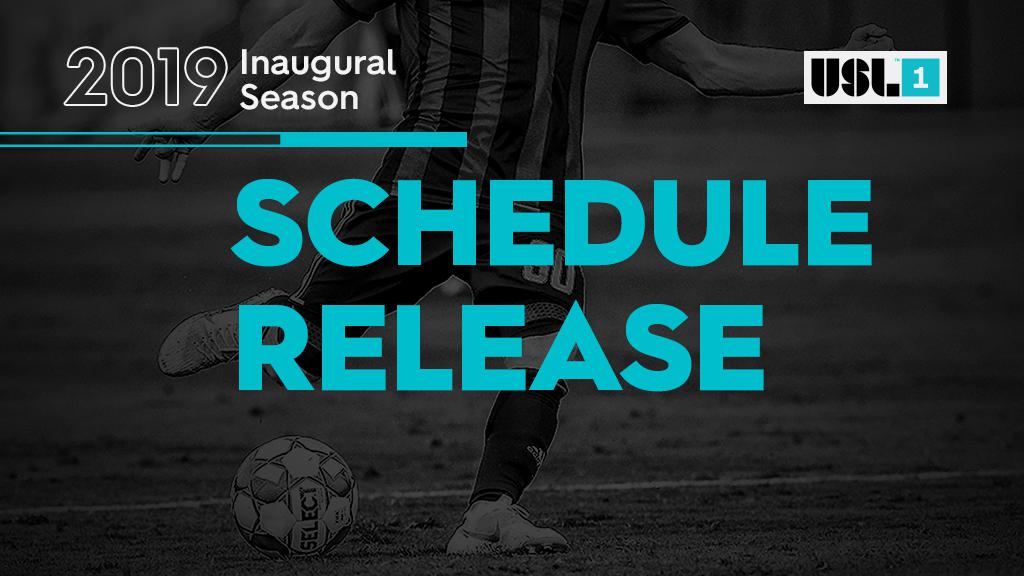 TAMPA, Fla. – USL League One announced today its 2019 regular season schedule, with 10 teams playing 28 games each from March 29-Oct. 5. A total of 140 games will be played during the regular season before the League One Playoffs kick off the weekend of Oct. 11-13.

On Friday, League One unveiled the home openers for each team, with four matches set to kick off the opening weekend. South Georgia Tormenta FC will host Greenville Triumph SC in the league’s first game of the season at 7 p.m. ET from Erk Russell Park in Statesboro, Georgia on March 29. The next day, North Texas SC will host Chattanooga Red Wolves SC, the Richmond Kickers will face off against Lansing ignite FC at City Stadium and FC Tucson will travel to play Orlando City B.

Five matches will be played on the final weekend of the regular season. FC Tucson will welcome North Texas to the Kino Sports Complex on Friday, Oct. 4. The following day, Lansing will host Forward Madison FC, Tormenta FC will host Greenville, Chattanooga will face off against Toronto FC II and the Kickers will take on Orlando City B.

The top four teams in the table at the conclusion of the regular season will enter the playoffs into a final-four elimination format. The winners of the semifinals will meet in the League One Final, which will occur between Oct. 17-21.