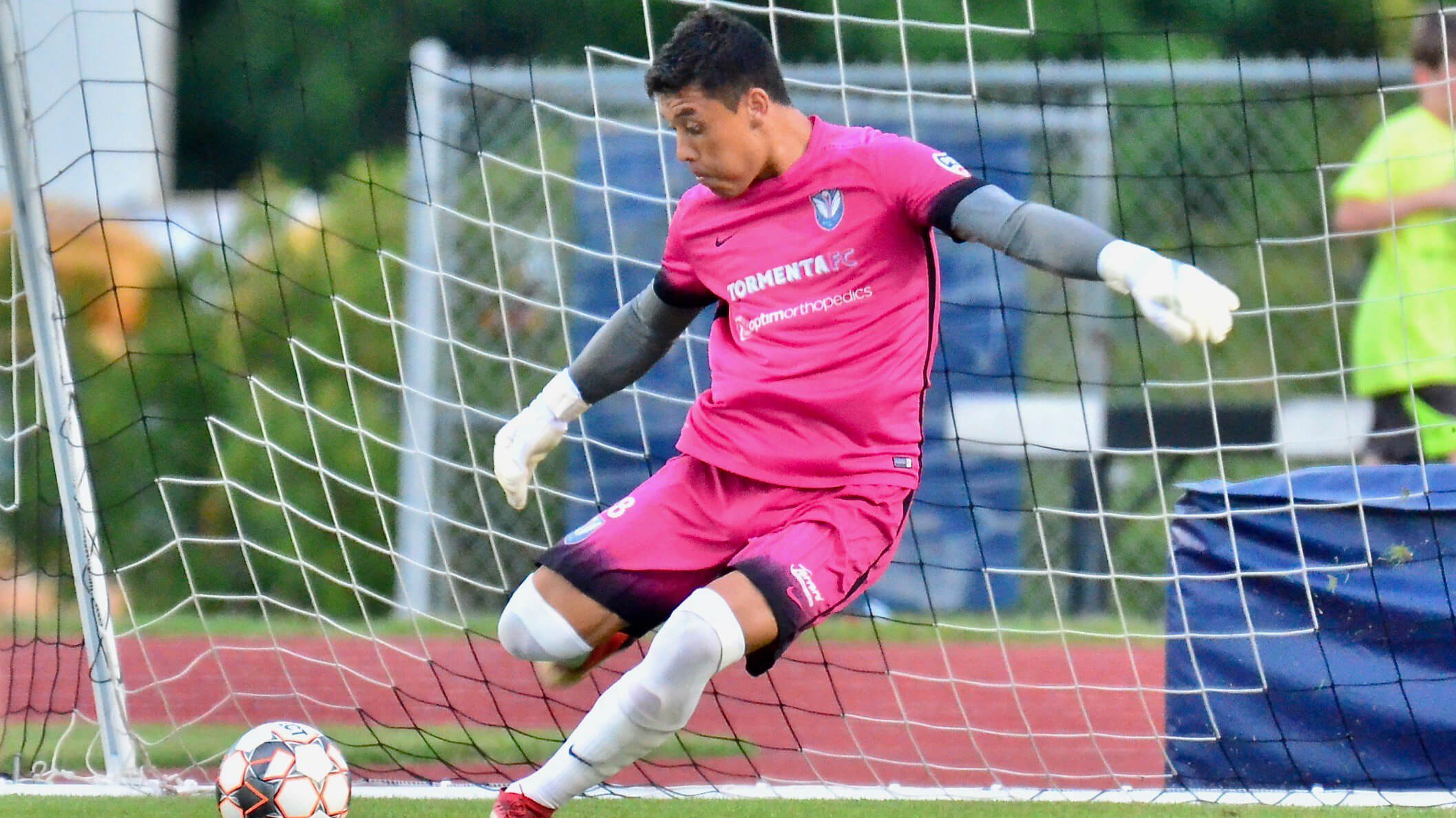 Goalkeeper Pablo Jara has signed with South Georgia Tormenta FC, pending league and federation approval. As Tormenta’s starting goalkeeper in 2018, Jara proved himself to be reactive and precise in the net.

Before moving to the United States, Jara grew up playing for the youth side of Colo-Colo, a football club based in his hometown, Santiago, Chile.

"In signing Pablo, I truly believe we signed one of the best goalkeepers coming out of college soccer at any level,” said Tormenta FC Head Coach John Miglarese. “His shot-stopping, distribution and leadership qualities are exactly what we are looking for in a goalkeeper.”

“With him playing for us last summer and having great success, we know what we are getting,” Miglarese said. “He is a top player and a fantastic person to have in the team."

Jara graduated from Wingate University in December 2018 with a sport management degree. As a goalkeeper for the Wingate Bulldogs men’s soccer team, he was the South Atlantic Conference Goalkeeper of the Year four times. He made the All-American team three times and received the NCAA Sportsmanship Award in 2017. During his time with the Bulldogs, the team won the national championship in 2016 and won three SAC Championships.

“Tormenta FC is an extremely professional institution that is doing great things for soccer in America,” Jara said. “I’m grateful to play for this amazing club full of values and principles.”