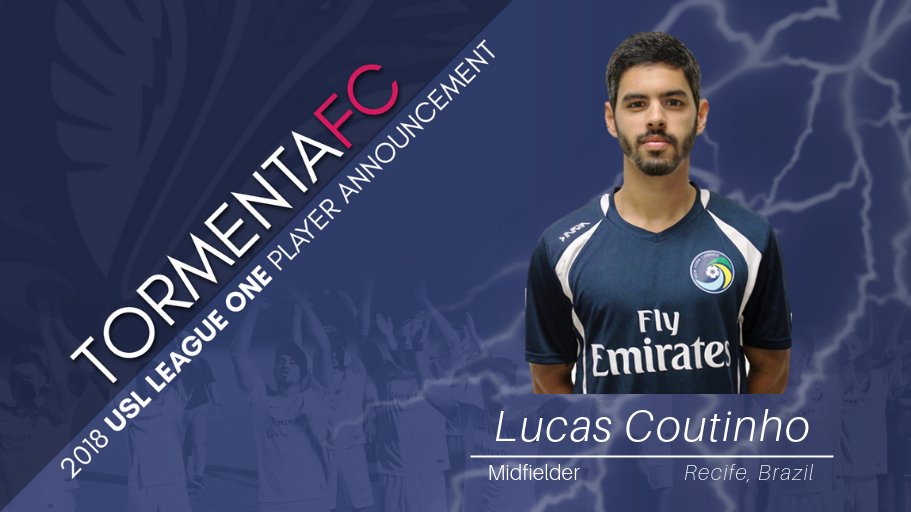 South Georgia Tormenta FC has signed a new face to its 2019 USL League One team with the addition of Brazilian midfielder Lucas Coutinho, who will be joining the professional franchise pending league and federation approval.

Coutinho grew up in Recife, Brazil, where he fell in love with soccer as soon as he began walking. There, he played for both Santa Cruz FC and Clube Náutico Capibaribe.

"I coached Lucas three years ago in the PDL when he played for the SWV King's Warriors," said Tormenta FC Head Coach John Miglarese. "He is one of the most dynamic attacking players I've ever coached, which will make him an exciting player to watch.

"His time playing for the NY Cosmos will also provide some experience to our roster."

"I am very honored and excited to be joining the Tormenta FC family, as well as being one of the first players to join USL League One," said Coutinho. "I am also looking forward to improving as a player and as a person under Coach Miglarese’s wings. I cannot wait to get going."