Defender served as captain for PDL side from 2017-18 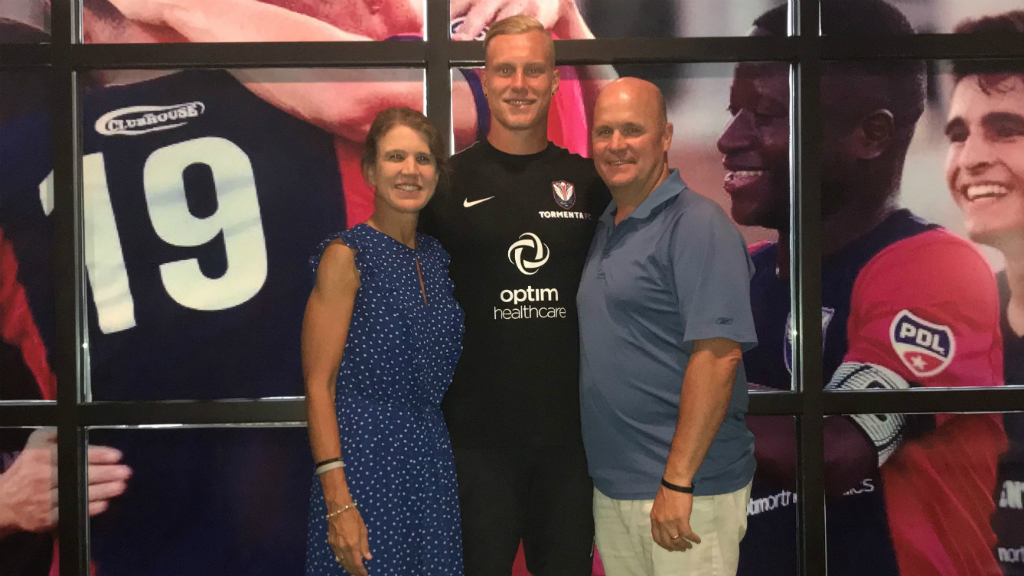 At 6 feet 4 inches and 195 pounds, Joshua has played for Tormenta’s PDL team since 2017, serving as Team Captain both years. In 2018, he led the team to an undefeated regular season and the franchise’s first Deep South Division Championship title.

"We are excited to have Josh return for his third season at Tormenta FC and for his first season in professional soccer,” said Tormenta FC Majority Owner and President Darin Van Tassell. “Josh is an all-around terrific player and leader who has impacted not only the franchise but the Statesboro community as well. We could not ask for a better inaugural signee for Tormenta FC or for the USL Division III.”

Phelps is a native of Queensland, Australia, where he was the captain and MVP of his high school soccer team at Siena Catholic College. He traveled to the United States to attend Thomas College in Maine, where he played for the men’s soccer team two years. During his freshman and sophomore seasons, Phelps helped his team win two conference championships and was named to the all-conference and all-tournament teams. Phelps transferred to the University of North Carolina at Pembroke to study sports management and served as the men’s soccer team captain and a student coach assistant in 2016.

“I am stoked to sign again with Tormenta FC,” Joshua Phelps said. “I couldn’t think of a better club or organization to be a part of. They are the gold standard from top to bottom. When USL Division III was first coming to light, I was excited to see how the league would prosper too, and I never imagined that I would be a part of its history.”