Hankinson to lead expansion side in inaugural 2019 season 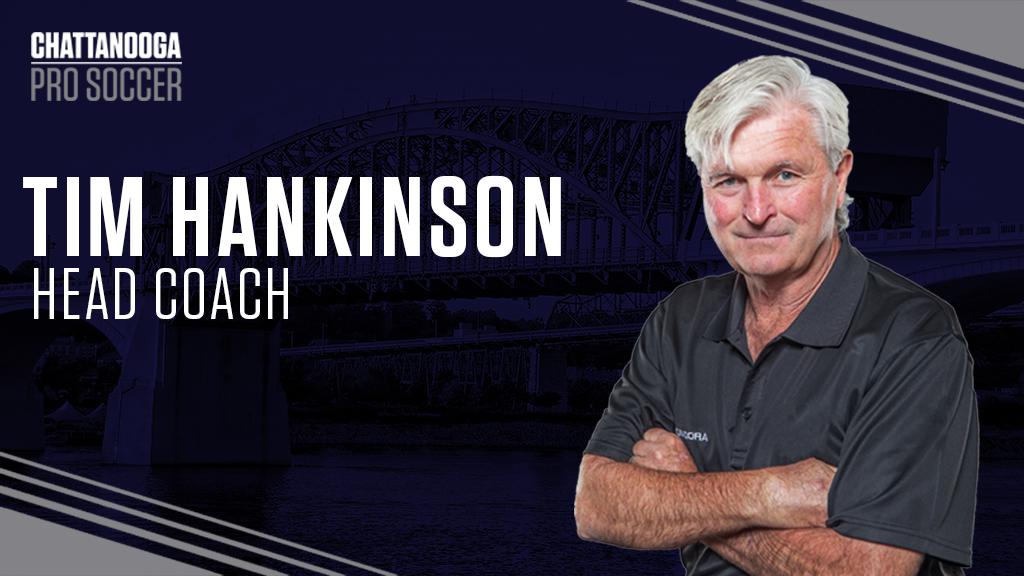 “We carefully vetted and interviewed several very qualified candidates in consideration for the head coaching position for the Chattanooga pro soccer team,” said team owner Bob Martino. “Tim’s experience and approach to building a championship team coupled with his energy and leadership skills made us very comfortable with our decision. He is the right fit.”

Hankinson has coached at every level of the game from collegiate to professional and international. He was the first U.S. national to coach in Iceland and later led Guatemala’s Under-17 National Team. At the professional level, Hankinson helped found the Charleston Battery in 1992, leading the storied club to several playoff appearances in its early existence.

Later, Major League Soccer tapped Hankinson to head Tampa Bay Mutiny, where he led the team to consecutive playoff appearances in 1999 and 2000 before heading to Colorado as the head coach of the Rapids. He led the club to the playoffs in three consecutive seasons and twice to the quarterfinals of the Lamar Hunt U.S. Open Cup.

Hankinson was the head coach of Indy Eleven, which he led to a 2016 Spring Championship and a berth in the 2016 Championship Final. Hankinson was named Coach of the Year for his 2016 season at the helm of the Eleven.

“First and foremost, I am grateful and honored to be named head coach of the new Chattanooga pro soccer team,” said Hankinson. “I look forward to playing my part in building a championship team that Chattanooga and the region will be proud to support.”

Hankinson grew up practicing soccer in New York City’s Central Park during his childhood and played on teams throughout high school. He competed at the collegiate level, graduating from the University of South Carolina before moving onto his illustrious coaching career.