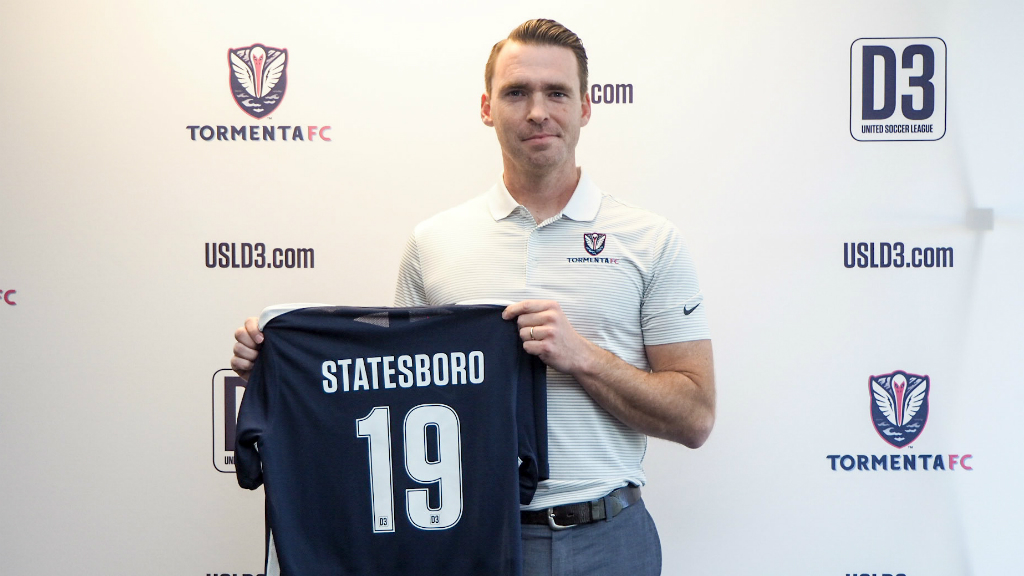 South Georgia Tormenta FC has named veteran coach John Miglarese as Vice President of Player Development and its inaugural Head Coach for the 2019 USL Division III season. Jorge Gonzalez and John Kot will be assistant coaches alongside Miglarese. All three coaches served with Tormenta on the PDL team.

“The coaches are going to approach things as we always have in the PDL,” said Coach Miglarese, “and I think the key is to not lose the identity we’ve had for the past three years with the jump up to a professional league - to maintain that culture of who we are and how we play. We’re really excited.”

USL Division III assistant Jorge Gonzalez is returning for his third year as a Tormenta FC coach. Gonzalez graduated from Bryan College with a degree in business administration with a minor in communications before going onto to Reinhardt University for his MBA.

Gonzalez began his coaching career at Reinhardt University, where he served as an assistant coach for four seasons, along with coaching for the Southern West Virginia King’s Warriors before coming to Tormenta FC. As a Tormenta FC USL Division III coach, he will work side by side with Miglarese during training, game preparation, scouting and recruitment. Coach Gonzalez also founded and runs the Tormenta FC Sunday League soccer program.

“My first two years with Tormenta FC have been nothing short of amazing,” Coach Gonzalez said. “The best thing about this franchise is the drive each member has to grow as a professional. Tormenta FC has created a platform for my own growth as a coach and, most importantly, a man.”

Kot will be moving up to USL Division III along with Miglarese and Gonzalez. Kot attended Virginia Tech for a degree in biology while also playing for the men’s soccer team. After graduation in 2014, Kot worked as an assistant coach at Mount de Sales Academy in Macon, Georgia, leading the team to three straight GHSA state appearances. Coach Kot runs the youth side of Tormenta FC with the United Soccer Academy. He also is the goalkeeping coach for Tormenta FC and for the youth academy.

After three seasons in the PDL, Tormenta FC now enters the USL Division III as the first founding member. Tormenta FC has become one of the premier amateur teams in the United States, winning several PDL awards. The franchise plans to build a soccer-specific stadium in Statesboro, Georgia, to provide an authentic professional soccer experience for fans and players alike.