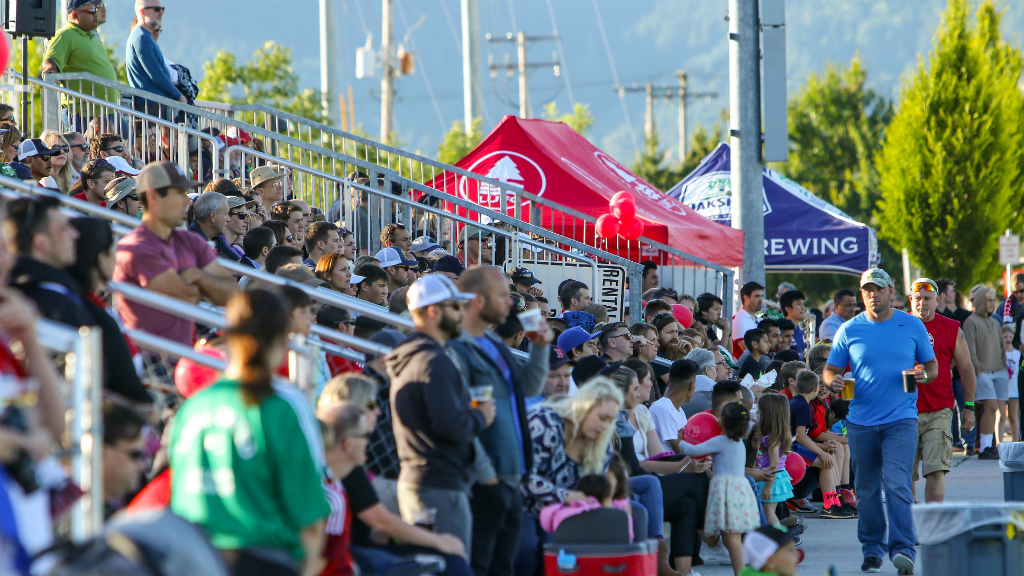 Count Lane United FC among the clubs looking at a potential move to the United Soccer League’s new third-division league, which is set to kick off in 2019.

The club currently competes in the Premier Development League, the top amateur league in North America, and now joins South Georgia Tormenta FC and the Des Moines Menace as teams evaluating the move to the next level.

“Professional soccer at Civic Stadium was always the goal for Lane United FC, so we are certainly interested in USL DIII since it would provide just that,” Lane United Managing Director Dave Galas told USLD3.com. “The soccer landscape is changing so fast in this country, and 2019 will be upon us before we know it, but there is a lot to do before then, and we won’t make any decisions hastily.”

Based in Eugene, Oregon, Lane United was founded in 2013. After completion of its first season in the PDL, the league awarded the club the Rookie Franchise of the Year award.

The club is expected to move into the newly-built Civic Park upon completion, as the Eugene Civic Alliance raised $4.1 million to buy the land for the site in 2015. More information about the new Civic Park can be found at EugeneCivicAlliance.org.

“Playing a longer season with less player turnover is something our fans want, and we want to provide that for them,” Galas said. “I love that we have been part of the growth of so many great players in our short time in the PDL, but the time is approaching for us to grow as a club as well, and going pro is the next logical step.”

Since formally announcing the launch of the new third-division league, the DIII expansion team has been in discussions with more than 40 markets across the nation and has visited 13 different cities.

“Lane United FC is known for its meticulous preparation not only for matches but also events off the pitch,” USL DIII Vice President Steven Short told USLD3.com. “The club currently provides a tremendous atmosphere for its players and fans. The Red Aces supporters’ group is comprised of more than 150 members and is extremely visible at each home match as they provide a home-field advantage for LUFC.

“Moreover, the club’s efforts to provide the City of Eugene with a professional club also includes a stadium, as Civic Stadium is part of a redevelopment project as the future home of the club. Dave Galas and Lane United FC continue to look to the future, and we are excited to serve as a catalyst for their journey.”