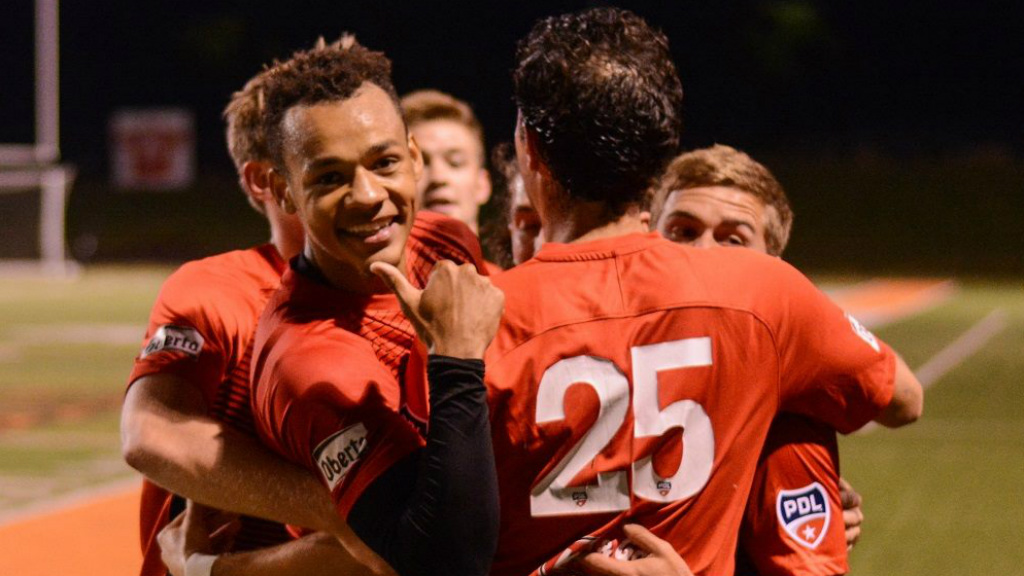 Short and the DIII expansion team have visited multiple markets since formally announcing the league in April, including trips to Lexington, Kentucky, Greenville, South Carolina, Lansing, Michigan and many more. Short will meet with Des Moines Menace executives ahead of the club’s rivalry match against the Thunder Bay Chill on Saturday, as the Menace are exploring the option to join the new third-division league.

“We are interested in and evaluating a move to the USL’s Division III,” Menace General Manager Matt Homonoff told USLPDL.com, “but we must research the potential move in more detail before officially deciding.”

The high-performing PDL club, which is hosting FC Barcelona midfielder and Croatia international Ivan Rakitic on Friday and Saturday for a soccer camp, will face off against the Chill on Saturday (7:30 p.m. CT, Watch Live). The Menace currently lead the all-time series, 29-25-5, with the first game being played in 2000. The winner of the Heartland Division has been either the Menace or the Chill for the past 10 PDL seasons.

“The Des Moines Menace have been a leader within the PDL on and off the field for more than 20 years,” Short said. “As USL Division III prepares for launch in 2019, the league has stated the evaluation of high-performing amateur clubs is one component of identifying prospective markets, ownership and teams. The league’s visit to Des Moines is another example of continuing our efforts to provide a strong, sustainable and proven professional soccer league.”