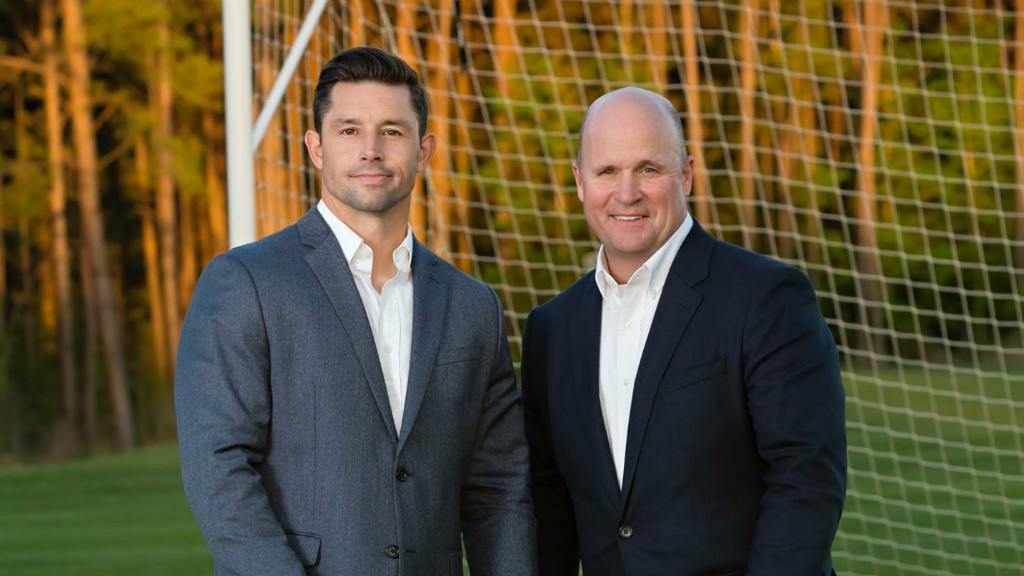 When it comes to experience, Darin Van Tassell has it.

On May 5, the South Georgia Tormenta FC Owner and President announced the club’s intentions to explore the possibility of joining the United Soccer League’s new third-division league. The decision did not come as a surprise to many who have followed Tormenta FC and know Van Tassell’s extensive resume.

Van Tassell was involved in the International Baseball Federation for more than 20 years and has led baseball clinics and coached in more than 40 countries around the world. He has also served as the Competition Director for the 2008 Olympic Games in Beijing, the Technical Commissioner for the 2009 Baseball World Classic in Los Angeles and the 2004 Olympic Games in Athens, Greece.

“That experience helped me understand that sport is more than just entertainment,” Van Tassell told USLD3.com. “And when you couple that experience with what I was witnessing in terms of the growth of soccer in the United States, I knew we could do something big.

“The USL’s Premier Development League was an ideal place to begin. The creation of the USL Division III seems like the next logical step to pursue."

Operationally, Tormenta FC has been performing at a high level in the PDL, as the club was recognized by the league as the New Franchise of the Year during the 2016 Winter Summit.

“Process matters,” Van Tassell said. “Our business is the experience business. We knew that going into this, and everything we experienced along the way just confirmed it time and time again. We use the game of soccer to create amazing experiences. That lesson can never be lost on us, because it is the most important thing. The people running the video boards and TV production are just as important to the franchise as the attacking midfielder and GM are. Relationships matter and the people that work for Tormenta get that point.”

Alongside Van Tassell’s announcement to explore joining the new third-division league, he also revealed plans to expand the ownership group of Tormenta FC and look into creating a 5,000-seat stadium at The Clubhouse on Old Register Road in Statesboro, Georgia. Van Tassell, alongside his wife, Netra, own the 64-acre entertainment complex.

“Part of the reason for basing the Tormenta FC franchise in here was because Statesboro is ready to be a professional city,” Van Tassell said. “That brand means something to a community that is on the rise like ours. Our mayor, city council, county commissioners and university personnel were all graciously on board. Statesboro is a much more cosmopolitan place than people living elsewhere get to appreciate, quite frankly.”

There are more than 27,000 college students at the three local institutions – Georgia Southern University, Ogeechee Tech, and East Georgia College.

“Georgia Southern University is the economic engine in our area, but the fans of our franchise reach well beyond the university – and that’s really the testament to the game of soccer,” Van Tassell said. “Our fan base stretches to Savannah and Hilton Head, South Carolina, and out to central Georgia and Augusta as well. Sports tourism is economic development – which makes it big business – and college towns like Statesboro understand that reality all too well. We averaged over 2,000 fans per game, and over 14,000 watched us play last season at home. With a pre-game band, an enormous video board, an outstanding VIP section, a raucous fan base sitting behind the opposing team’s goal, it really is a site to behold – especially when one is reminded that this is soccer being played in a college football town. We do love our sports here in South Georgia.”

The club kicked off its second PDL season on Saturday and will look to improve upon what it has already built. Currently, Tormenta FC plays its home matches at Erk Russell Athletic Park on the campus of Georgia Southern University.

“I believe that this part of the United States is ready to embrace the next step in that process,” Van Tassell said. “Ultimately, the franchise exists to win championships and be a successful business enterprise. At some point, we need to build our own stadium here in Statesboro. And as we grow the youth side of our club, the ability to partner with a USL or MLS franchise would be a wonderful evolution for soccer in our part of the state. We have already partnered with three clubs in Europe, and those relationships promise to bear fruit as well. Great things await, and we are just getting started.”