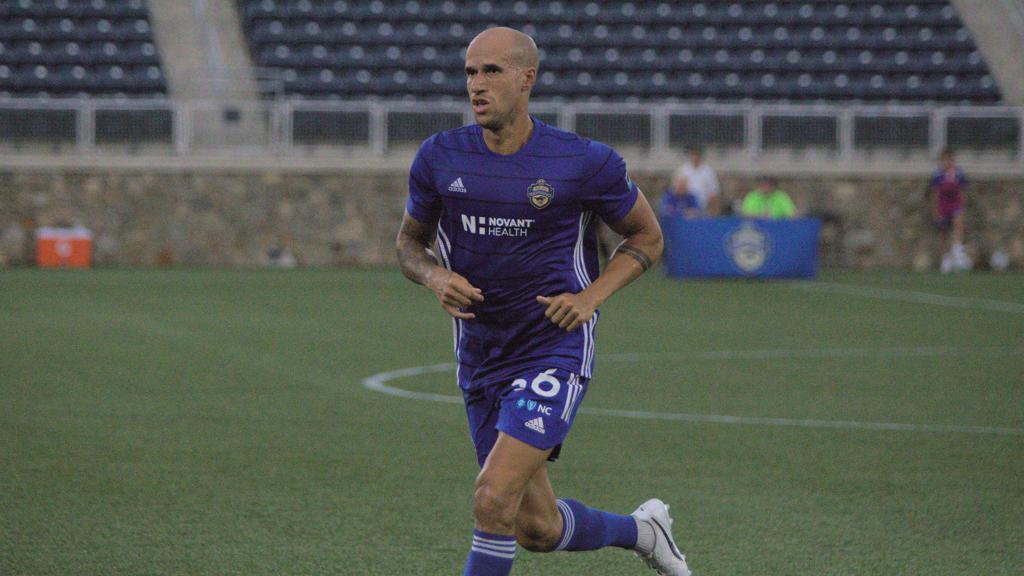 CHARLOTTE, N.C. - The Charlotte Independence today announced the re-signing of midfielder Gabriel Obertan for his third season with the club. Last year, Obertan scored four goals and provided three assists for the Independence, leading the Jacks to a postseason appearance in their first season in League One. The signing is pending league and federation approval.

“I am excited for Gabriel’s return to the Independence in 2023. Having a player of his caliber raises the bar for our group every day, from both his leadership and his quality,” stated Charlotte Independence Head Coach Mike Jeffries. “Importantly though, it’s his third year with us and it will be the first time he has been with us for the entire season. With the ability to pull off a game-changing play at any moment, Gabriel adds a high level of quality and composure to our attack and brings added confidence to the team.”

In his first season with the Independence, Obertan scored five goals and earned two assists to help lead the Jacks to the 2021 USL Championship Conference semifinals.

Before he joined the Independence, Obertan played for Turkish side Ezurumpsor FK and scored a combined eight goals and earned five assists across 71 appearances from 2018-21. Prior to his time in Turkey, Obertan played with PFC Levski Sofia in Bulgaria (2017-18), English side Wigan Athletic FC (2017), and Russian club FC Anzhi Makhachkala (2016).

Obertan played with Newcastle United FC in the English Premier League before making the move to Anzhi Makhachkala. With Newcastle, he scored three goals and earned 10 assists across 77 appearances from 2011-16 in the Premier League and UEFA Europa League.

“I didn’t need much convincing to keep the adventure going,” Obertan said. “I can’t wait to be back in action and I am really looking forward to this new season.”

The Paris native began his youth career with a number of Parisian clubs including Paris-Pantin, Paris FC and Paris-Saint Germain. Obertan also made 49 appearances with various levels of the France youth national team between 2004 and 2010.