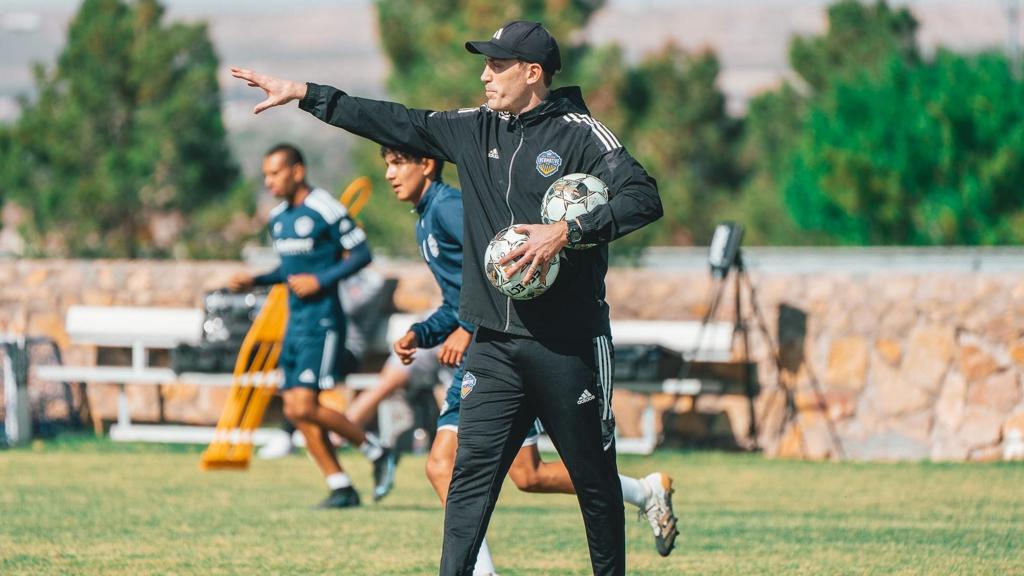 PAPILLION, Neb. – Union Omaha today announced the hiring of Dominic Casciato as the club's second head coach. Casciato will look to lead the team to its fourth-straight USL League One playoff appearance after 12 years of coaching experience across multiple levels in both the United States and Europe.

Casciato comes to Omaha after spending the last two seasons as an assistant for USL Championship side El Paso Locomotive FC. Brought on ahead of the 2021 season as an Attacking Principles Coach, Casciato took El Paso from 21st to 5th in goals scored across the league and assisted the team to a Western Conference runner-up finish and Copa Tejas title. He also served as the head coach for the USL Academy U-19 squad.

Before that, the London native spent time as an assistant coach for National Independent Soccer Association side New York Cosmos and three years abroad at La Liga’s RCD Espanyol de Barcelona, coaching its academy and pre-academy teams. In his career, Casciato has also demonstrated an innate ability for scouting talent, working as a video scout for FC Midtjylland in the Danish Superliga and head of scouting in his time with the Cosmos.

“The search for our new head coach was exhaustive,” Union Omaha General Manager Peter Marlette said. “The amount of highly qualified candidates who wanted this job was staggering and speaks to how attractive this club and USL League One are. Dom came to us highly recommended by everybody who knows him and has worked with him. His CV is great and throughout hours of interviews, he just kept impressing with his attention to detail, philosophies on the game, knowledge of the league and collaborative approach. I'm thrilled with this hire and am confident that our fans will be too as they get to know more about Dom.”

“We’re excited to welcome Dom to Omaha,” Union Omaha Owner Gary Green said. “I know that he will be a great addition to our club and to our community. We’re lucky to have Dom and look forward to the club’s future with him as head coach.”

"I'd like to start by saying thank you to Gary Green, Larry Botel, Martie Cordaro and Peter Marlette for giving me the opportunity to lead the club as we move into a new era for Union Omaha,” Casciato said. “There's been a great foundation laid here over the last three years, and I'm looking forward to the challenge of building on that as we enter the 2023 season. My wife and I are excited to integrate ourselves into the Omaha community, and I can't wait to experience the great atmosphere our fans will create on March 26 against Madison!"