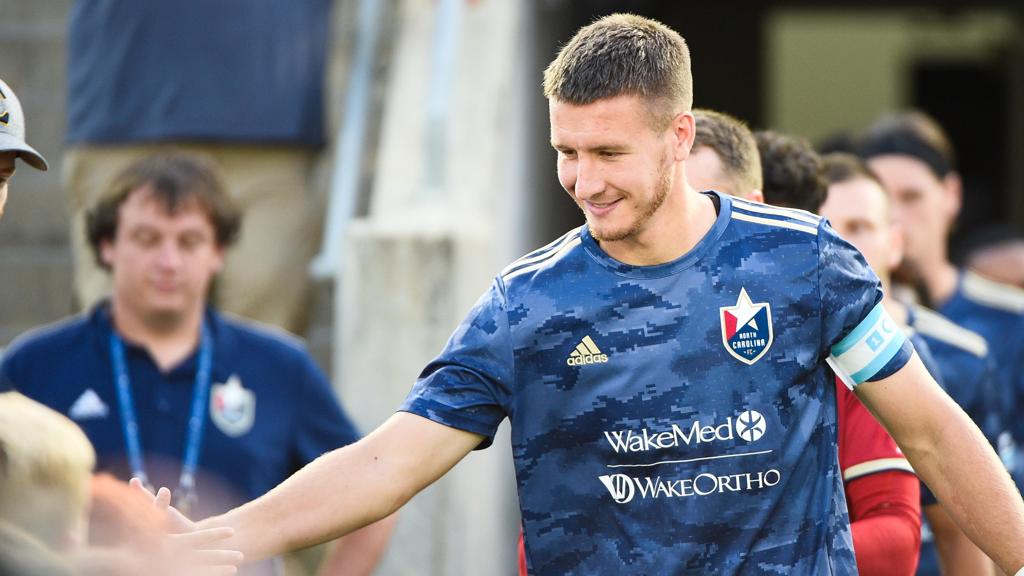 Skelton joined North Carolina FC ahead of the 2022 season and served as captain during his single season with the club. His 2,610 minutes played led the club last season, and his 29 appearances were tied for second most. Skelton also led the club with 164 clearances and 31 blocks.

“I want to thank Jordan for his contributions to our team and club at North Carolina FC this past season," NCFC Head Coach John Bradford said. "He was a leader for our team, on and off the field, and a significant piece of our backline in 2022. We are pleased to have come to terms in a significant transfer agreement with One Knoxville SC that is beneficial to both parties. I wish Jordan all the best as he relocates to Knoxville and is able to begin life together with his wife."

“Skelts is a unique individual with a drive that is second to none," Knoxville Head Coach Mark McKeever said. "Having gotten his feet wet in the pros I know he is desperate to chase silverware. I have competed with and against Skelts for many, many years and I’m always happier when he is on my side.”

“I was attracted to Knoxville right away," Skelton said. "A beautiful city with passionate fans, and a club that is hungry to win. The opportunity to work with Coach McKeever and his staff is something special. I can’t wait to get to work, and make Knoxville fans proud to wear our badge.”