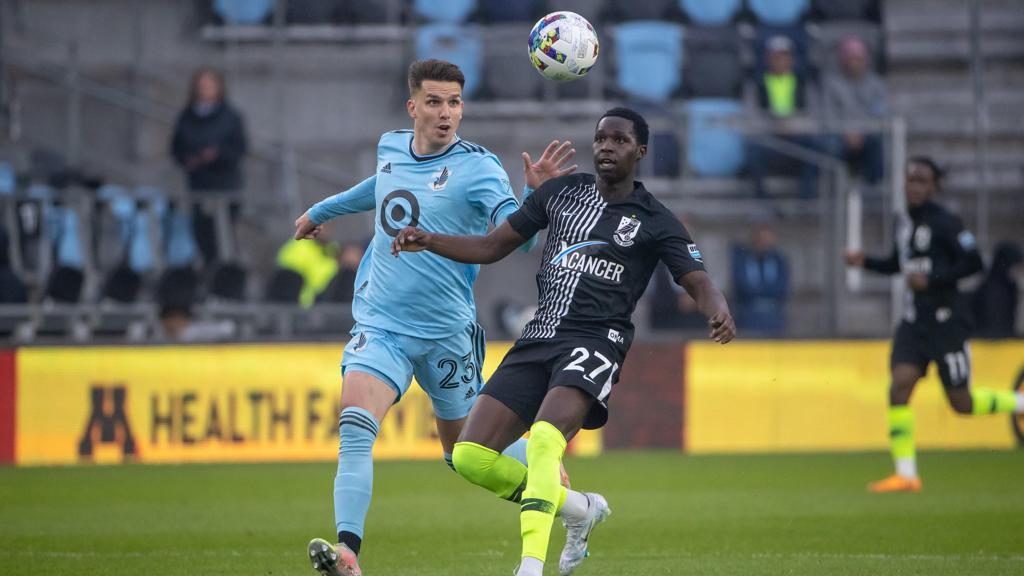 PAPILLION, Neb. – Union Omaha today announced the transfer of defender Ryen Jiba to Major League Soccer's Minnesota United FC for a USL League One record-breaking fee. Jiba is fresh off his first professional season in which he featured in 34 matches across all competitions and was nominated for the 2022 USL League One Young Player of the Year.

Jiba played the third-most minutes on the team this season, recording three assists and 16 chances created with a trio of USL League One Team of the Week selections. In his 28 league appearances, the 21-year-old South Sudanese defender also racked up 27 interceptions and won 142 duels as a vital contributor to the league’s best defensive unit. Jiba's 142 duels won were the third most by a defender in 2022.

Jiba also contributed to Union Omaha's historic 2022 Lamar Hunt U.S. Open Cup run that saw the Owls take down a pair of MLS clubs in Chicago Fire FC and Minnesota United FC in the Third Round and Round of 16, respectively.

“This is a massive moment in the young history of our club and league,” Union Omaha General Manager Peter Marlette said. “Ryen had an excellent season with us last year and showed the world what his current level is and how high his potential is. We've proven that Union Omaha can provide young players with the right skillset and mentality the platform they need to showcase themselves to higher leagues and that we're willing to sell them on for the right price and situation.

“Ryen is a great kid and has incredible potential as a player. I thank him for how he represented this club and city in 2022 and can't wait to see him grow in Minnesota. To have a player go directly from Union Omaha to an MLS first-team roster is proof of concept for this club and this league. Minnesota United has been excellent to work with on this transfer from start to finish. I look forward to seeing them reap the rewards of their faith in Ryen.”

Jiba joined Omaha by way of Salt Lake Community College ahead of the 2022 season. While also playing for Park City Red Wolves SC in USL League Two, Jiba earned regional first-team honors three times and was the 2019 NJCAA Region 18 Player of the Year with his 25 goals and 20 assists over his three-year career with the SLCC Bruins. He was also named to the 2019 Best 11 team which honors the top 11 players in the nation during the USYS National Championship Series.

“This is another huge step forward for League One,” USL Sporting Director Mark Cartwright said. “When I arrived here, I asked our clubs to understand the relevance of player development, contract management and the importance of player trading while setting the marketplace here in the United States. Union Omaha have taken the bull by the horns, and within the last 18 months have broken the transfer record twice.

“Alongside the USL Championship transfers, we are setting the values of our players not just internally but globally. Our players are being noticed worldwide with the excellent work our coaches are doing in developing these talents, and our clubs are now equipped with the knowledge to make these deals happen. It will continue to grow and I'm proud of not just Union Omaha, but all those teams driving forward in this space.”