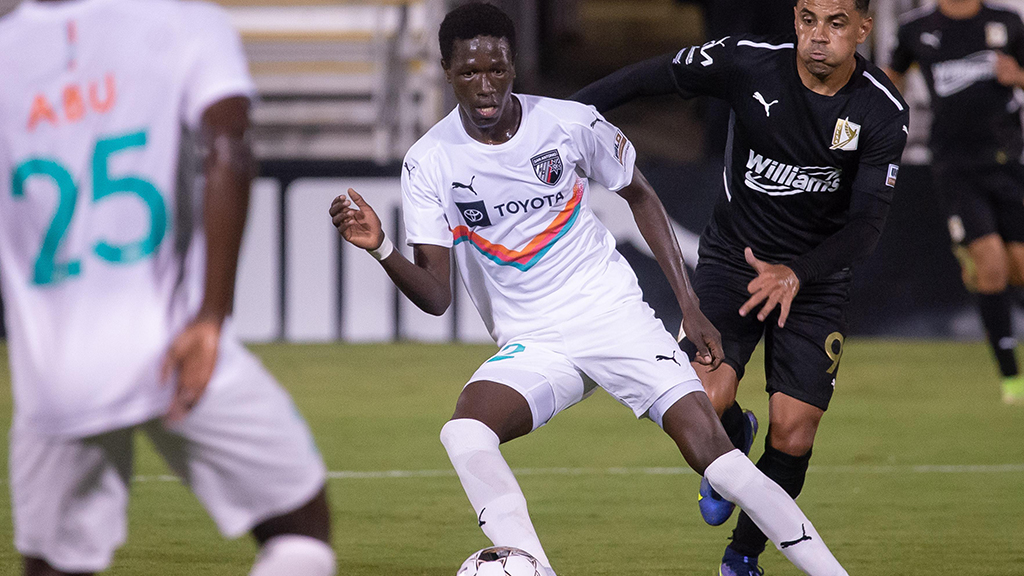 Originally from Rufisque, Senegal, Diouf made his way to the States after being recruited to play for SIMA Águilas, then of USL League Two. In 2019, he was signed to Orlando City B as the club entered USL League One, playing in 17 matches while scoring his first professional goal against South Georgia Tormenta. Diouf captained OCB in its first-ever League One match on March 30 against FC Tucson, just six days after his 19th birthday.

During the 2020 and 2021 seasons, Diouf was a member of USL Championship’s Austin Bold FC, scoring five times in 38 total appearances ahead of his move to San Antonio.

“I’m very honored and grateful to be among the first signings of this great club,” Diouf said. “I can’t wait to get started by setting the standards and bringing my years of professional experience to help the club reach new highs.”

“Ates has fantastic pace and is flexible within multiple positions," said LSC Head Coach Sam Stockley. "He was part of the San Antonio squad that is coming off a championship, so he was in an excellent environment. Ates is a high-character person and a player we believe we can develop and progress."