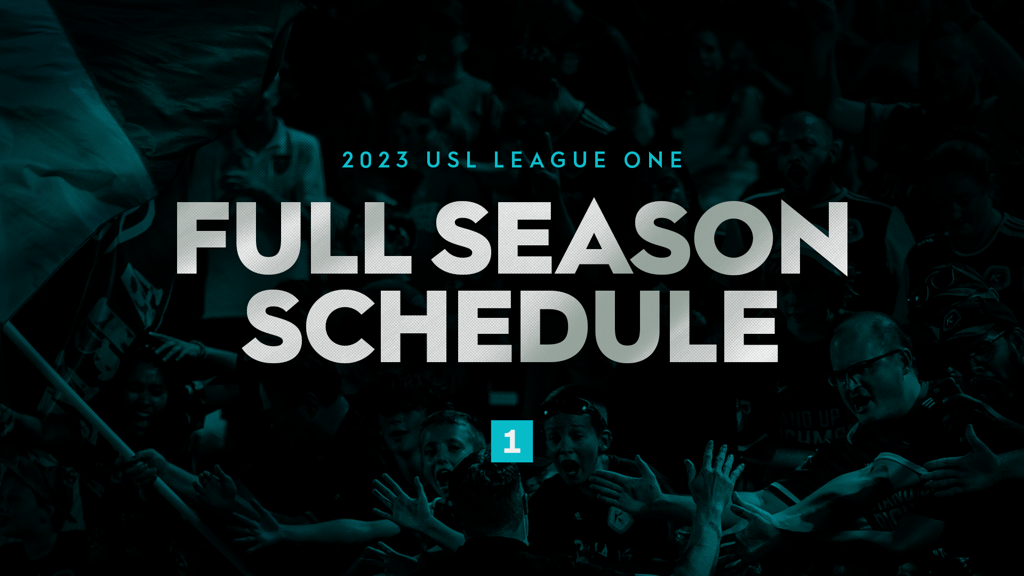 TAMPA, Fla. – USL League One today announced its schedule for the 2023 season, with the league’s fifth campaign serving as the longest in league history. The 2023 season will see 192 matches played across 31 weeks with each of the 12 clubs playing a record 32 matches.

The 2023 campaign will kick off with defending champion South Georgia Tormenta FC traveling to face North Carolina FC on March 17. The regular season will conclude on Oct. 14 with a six-match slate that will see all 12 clubs in action nearly simultaneously. The 2023 season will feature 82% of its matches played on weekend dates (Friday to Sunday).

For the first time in league history, a League One season will commence with the defending champions in action as Tormenta FC will travel to Cary, N.C. to face NCFC on Friday, March 17. The South Georgia-North Carolina contest kicks off a three-match opening weekend slate that features 2022 playoff sides Charlotte Independence and Richmond Kickers clashing on Saturday, March 18, before newcomers One Knoxville SC and Lexington SC close the weekend with the pair’s first professional match.

Elsewhere, the top two clubs from the 2022 regular season will clash on Saturday, March 25 as Greenville Triumph SC host the table-topping Richmond Kickers in the former’s first match at Furman University’s Paladin Stadium. Additionally, Lexington SC will bring professional soccer to Lexington, Ky. for the first time on Saturday, April 8 as the expansion side hosts Forward Madison FC.

The 2023 USL League One Final will be held between Nov. 4-5 at the home venue of the higher remaining seed as the league concludes its fifth campaign.