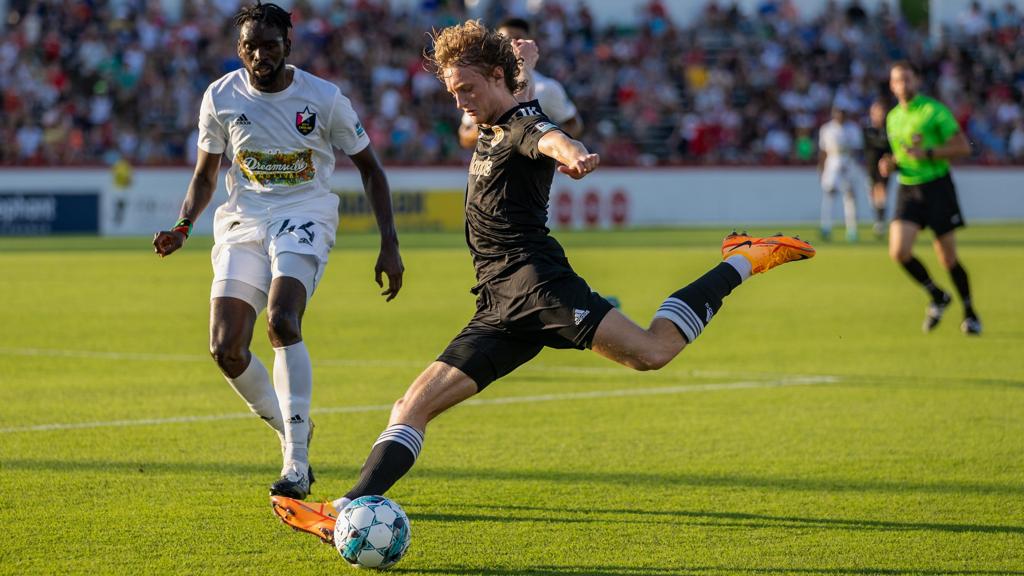 RICHMOND, Va. – The Richmond Kickers today announced the transfer of the 2022 USL League One Young Player of the Year, Ethan Bryant, to Sporting Kansas City II following a standout year and a half of service in the River City.

"Ethan is a very talented young player with some very good experience both domestically and abroad,” Kickers Chief Sporting Officer and Head Coach Darren Sawatzky said. “Our job was to reignite the fuse that burns in him, and he decided to explode here in Richmond. We are excited for him to chase the highest level of football here in the United States, and we are grateful to Sporting KC for reaching out and giving him this chance with the transfer."

Since joining the Kickers on loan from San Antonio FC in search of more playing time in July 2021 and signing a subsequent contract with the Kickers ahead of the 2022 League One season, Bryant earned the distinction as one of the brightest young talents in the league. Quickly, Bryant asserted himself as a regular member of the Kickers’ matchday squad, and, as his development continued, Bryant worked to become an integral member of the attack while maintaining his presence as a tenacious and hard-working box-to-box midfielder.

Bryant moves on while leaving a memorable legacy in Richmond after only a season and a half. He goes down as the first member of the Kickers to earn USL League One Young Player of the Year honors, serving as a beacon for the club’s mission to discover and develop talented youngsters into top professionals.

“Being able to play for Richmond was one of the biggest privileges of my career,” Bryant said. “The relationships I built during my time in Richmond are some that will last a lifetime. It was an honor to wear the badge and fight for the club. Thank you to the fans for making every night at City Stadium special. You know you did something right when it’s hard to leave, and I will miss Richmond with my whole heart.”