Christensen led league in clean sheets with 10 in 2022 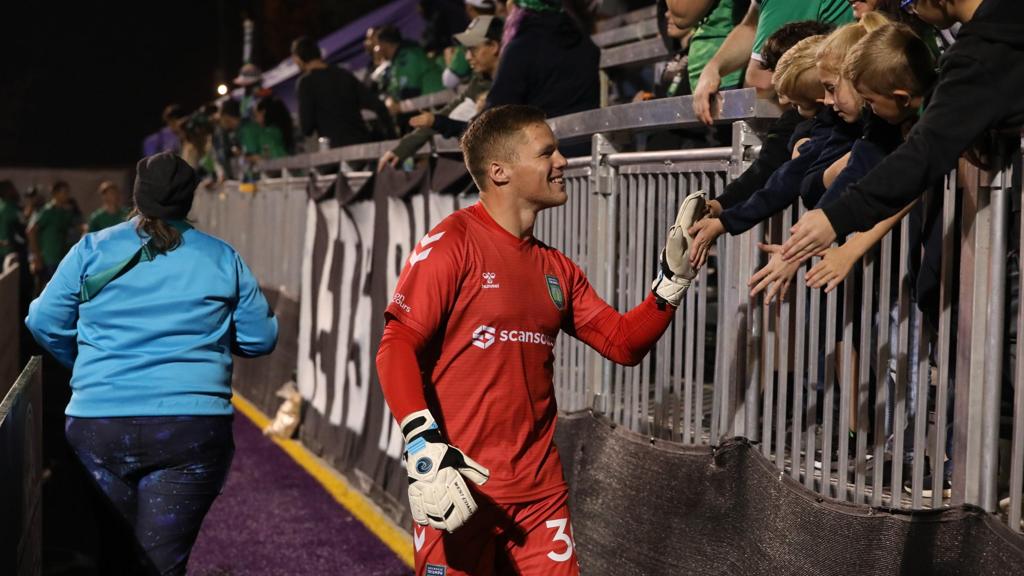 GREENVILLE, S.C. – Greenville Triumph SC goalkeeper Paul Christensen is retiring from professional soccer, the club announced today. Christensen spent the last three seasons with Triumph SC, claiming the 2020 League One title and taking over the starting job midway through the 2021 season. Christensen plans to pursue a career in pastoral ministry in the Upstate.

“I just want to thank the team and the club for the opportunity to be here the last three seasons,” said Christensen. “The transition here from Atlanta was so easy. It’s a close-knit organization, and the players, staff, front office, and ownership have been fantastic to be around. Greenville is now home to me in more than just a work sense, and I’m thankful for my time with the Triumph. I also want to thank our fans for their support – they all feel like part of this soccer family, and without them we wouldn’t have been able to accomplish everything we did on and off the field during my time here. It was an honor to be part of a club that’s about more than just our matches. The drive of this organization both on the field and in the Upstate community has been incredible, and I’m so grateful.”

Christensen was the only Triumph SC player to play every minute for the club in 2022, leading League One in clean sheets and anchoring a Greenville defense known for being one of the league’s best across his three seasons in the Upstate. Christensen was named the club’s 2022 Defender of the Year as voted by the Triumph SC coaching and technical staff.

A Woodinville, Wash. native, Christensen joined Greenville after two seasons within the Atlanta United FC organization, highlighted by his MLS debut during the club’s championship-winning 2018 season. Christensen came on in relief of Brad Guzan after the former U.S. Men's National Team 'keeper was shown a red card in a match against Sporting Kansas City at Mercedes-Benz Stadium in May 2018.

“Paul’s professionalism, skills and character will be missed,” said Triumph SC Head Coach John Harkes. “They say that champions train in the dark, and that is exactly what Paul Christensen did from day one with our club. He humbly worked his way to being our top keeper after backing up Dallas Jaye. We wish him all the very best, and we know he is on a great path to his new role as a pastor with his strong faith and study habits. We wish him all the very best!”