Mims led Owls to most wins, most points across league 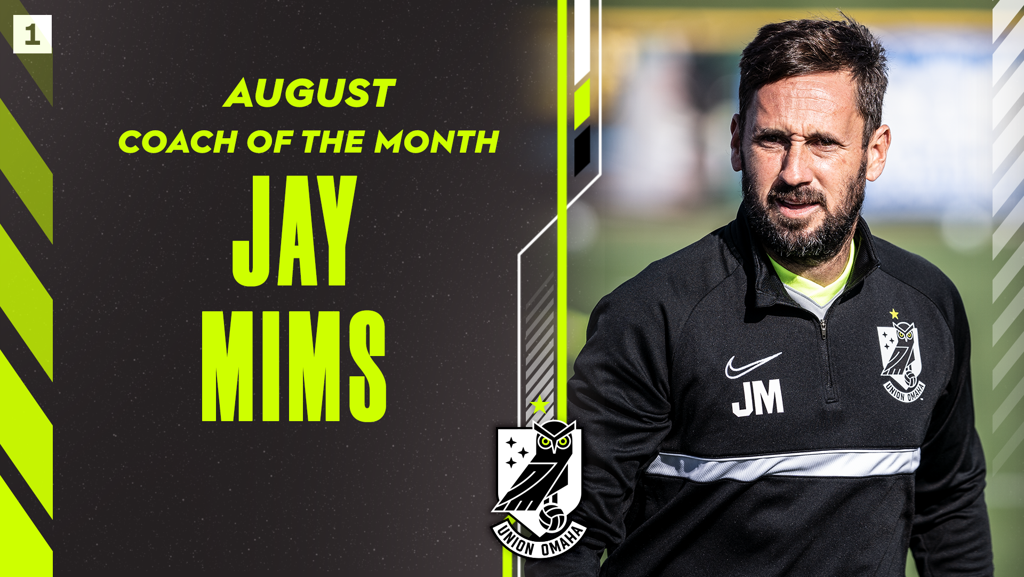 TAMPA, Fla. – USL League One today announced that Union Omaha's Jay Mims has been named the League One Coach of the Month for August.

Mims guided Omaha to a 4-1-1 record and accumulated the most points and wins across the league in August. Omaha’s nine goals were the second-most in August. Additionally, Omaha led the league in home wins with three and was tied for the most clean sheets with two.

In addition to securing a draw against Northern Colorado Hailstorm FC, Mims' side picked up victories against Central Valley Fuego FC, the Charlotte Independence, North Carolina FC and Forward Madison. Omaha maintained the third-highest goal differential in the league at plus-three.

Mims was selected as League One’s Coach of the Month by the USL League One Technical Committee.