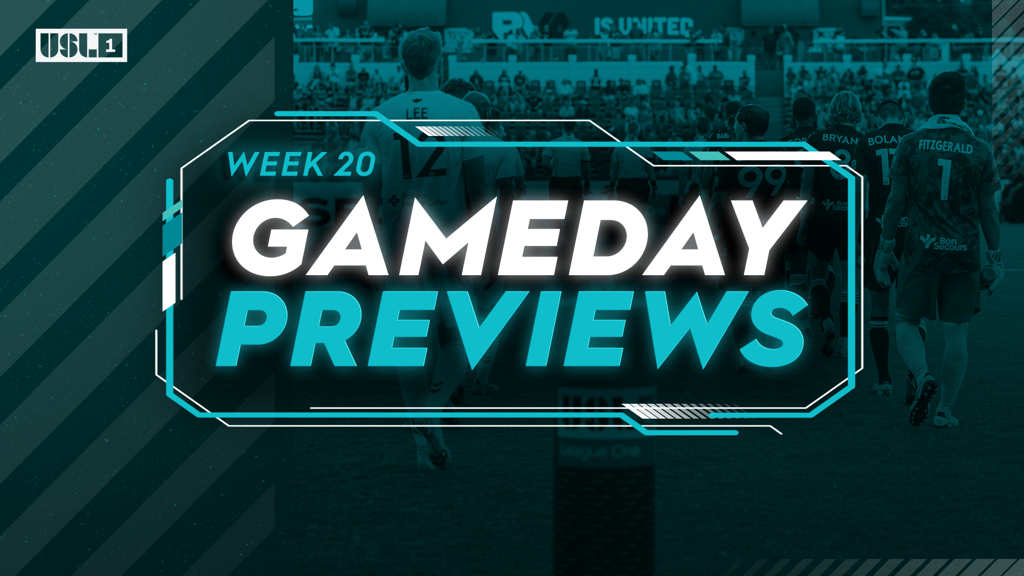 North Carolina FC (6-9-3, 10th) will host Central Valley Fuego FC (6-8-5, 9th) for the first time this season as both sides aim to climb out of the bottom of the table. In the pair's first meeting earlier this season, Fuego FC bested the visiting NCFC in Fresno by a final tally of 3-2 thanks to a Christian Chaney brace. While a win for either side may only push the victor one position up the table, three points would be crucial as the end of the season nears.

NC - Garrett McLaughlin: McLaughlin tallied his first score - and ninth overall this season - since June to register the most goals in a single season in his three-year professional career.

CV - Ofek Antman: The Israeli 'keeper has been important in Fuego FC's inaugural campaign. Antman has the second-most saves and third-most clean sheets in the league.

The two best teams in the league up to this point in the season will face off to determine who will claim first place heading into Week 21 as Greenville Triumph SC (9-6-5, 2nd) and the Richmond Kickers (10-6-4, 1st) meet for the second time this season. Greenville's two-match losing streak has allowed the Kickers to return to the top of the table, especially with the latter's three-match win streak. Dating back to 2019, the all-time series between the two League One heavyweights is even on nearly all fronts with four wins for Greenville, four wins for Richmond and nine goals for either side.

GVL - Jacob Labovitz: One of the biggest surprises for Greenville this season, Labovitz is tied with Terzaghi for the most goals this season with 11.

RIC - Emiliano Terzaghi: Tied for the lead in the Golden Boot race, a three-goal Week 19 for Terzaghi confirmed the 29-year-old Argentine’s third consecutive double-digit goal season – all coming with the Kickers. His league-high 1.01 goals added per match in Week 19 was enough to propel the Kickers to a six-point week and see the side return to the top of the table.

In the first meeting between South Georgia Tormenta FC (7-6-6, 4th) and the Charlotte Independence (7-7-5, 6th), the match ended in a scoreless draw between the two sides. Both Tormenta FC and the Independence have experienced a good run as of late, flying up the table with a solid past few weeks. If things go their way elsewhere on Saturday evening, a potential winner in this match could position itself at third in the table.

TRM - Kazaiah Sterling: Named the Player of the Month for July, Sterling has broken out with the most goals in a single month in his impressive career.

CLT - Khori Bennett: After recording a hat trick against Fuego FC last month, Bennett will look to add to his impressive total.

It's the second meeting of the season between Forward Madison FC (6-5-8, 7th) and Chattanooga Red Wolves SC (8-8-4, 3rd). In the all-time series between the 'Mingos and the Red Wolves, Madison has not lost to the Red Wolves since their first meeting and lead the series with a 2-1-5 record. Additionally, only twice has either side scored more than two goals in the eight previous matches. Like South Georgia and Charlotte, a potential winner in this match could position itself at third in the table.

MAD - Raiko Arozarena: Despite conceding a late winner to NCFC on Wednesday, Arozarena still has allowed just three goals in five matches for the 'Mingos and been a big reason why the side has jumped up the table.

CHA - Rafa Mentzingen: In just 97 minutes of play across two Week 19 matches, Mentzingen recorded a pair of goals to help Chattanooga to a pair of wins. Subbed on in the 60th minute against Greenville, Mentzingen tallied a four-minute brace to confirm the 5-1 thumping.

Union Omaha (6-2-9, 5th) and Northern Colorado Hailstorm FC (6-7-7, 8th) meet for the first time since a pair of meetings in May in which the Owls downed the Hailstorm in the Fourth Round of the Lamar Hunt U.S. Open Cup before recording a scoreless draw in the pair's first league meeting. The Hailstorm recently snapped their three-match winless streak with an impressive win against Tormenta FC last week, and Union Omaha continue its remarkable form as the Owls seek their ninth consecutive unbeaten match.

OMA - JP Scearce: In his third season with the Owls, Scearce is enjoying the most productive season of his three-year professional career. The 24-year-old midfielder netted the match-winning goal against Fuego FC last week while also contributing defensively with four recoveries, four clearances and three interceptions.

NCO - Arthur Rogers: Rogers has continued his season as one of the best distributors in the league by tying a league-high seven assists. In addition to his assist in a 2-0 win against Tormenta FC last week, Rogers led the league in chances created with seven and more than doubled the next-highest total of crosses attempted and crossed completed.