Cameron's Tormenta FC picked up most points across league in July 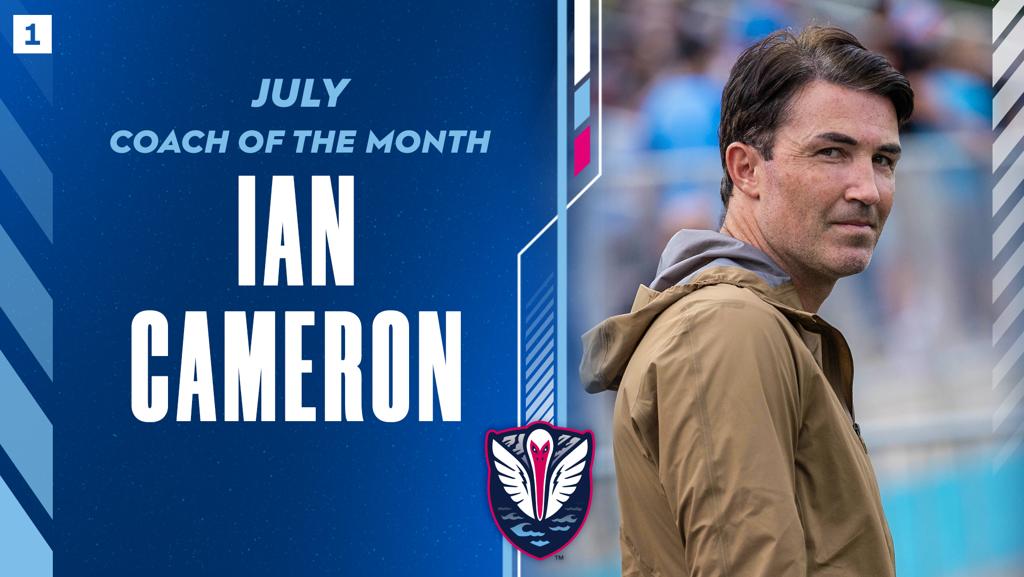 TAMPA, Fla. – USL League One today announced that South Georgia Tormenta FC's Ian Cameron has been named the League One Coach of the Month for July.

April’s Coach of the Month winner, Cameron picked up the most points of the month at 13 with a 4-1-1 record in July. In addition to a league-high four wins and 13 goals, South Georgia went 1-1-1 against teams above the playoff line and moved from 10th place on July 1 to 3rd place on August 1 in the biggest movement up the table across the league.

"The boys made ground in July, topping the league in points accrued over that period," Cameron said. "The key is putting back-to-back months together and we have work to do in August to maintain the position they have achieved."

In three of South Georgia's six July matches, Cameron's side secured either the match-winning or match-tying score in the final 10 minutes of play. Arguably one of Tormenta FC's most impressive performances in club history came in a record-breaking 5-5 draw against Greenville Triumph SC on July 13 in which Cameron's side overcame a four-goal deficit to claim a point.

"It's the business end of the season and League One has produced an incredible season in terms of congestion," Cameron added. "Multiple teams will be having conversations about how to mount a title challenge and our boys have certainly placed themselves in the hunt."

Cameron was selected as League One’s Coach of the Month by the USL League One Technical Committee.

Tag(s): News  So. Georgia Tormenta FC  Coaches of the Month