We Are Ukraine: Illia Shevtsov and the Independence 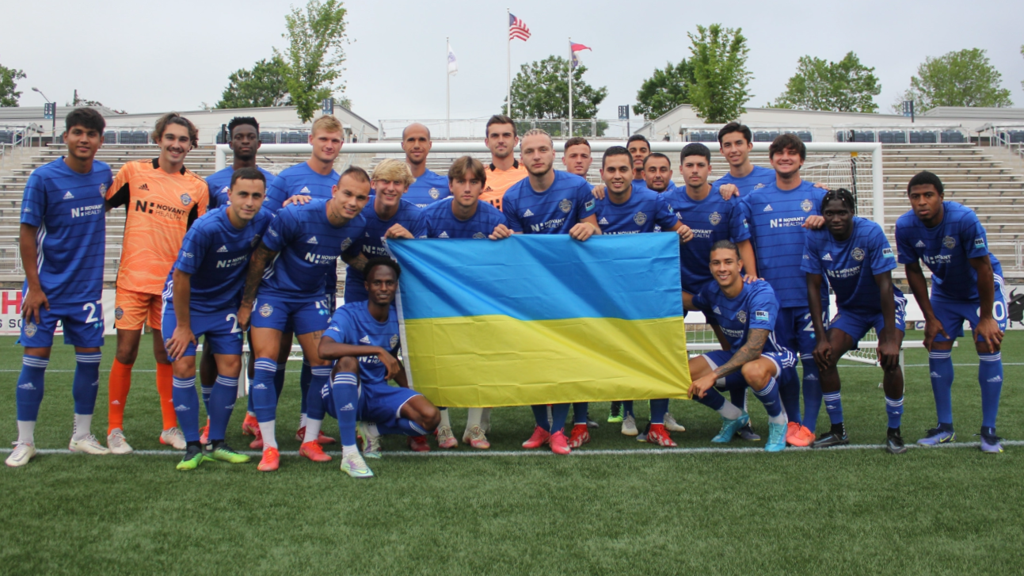 Content Warning: The following article contains material that may be distressing to some audiences.

On Feb. 21, 2022, Russian President Vladimir Putin ordered Russian troops into Ukraine on what was termed a “peacekeeping mission.” Since then, the United Nations and United States estimate that nearly 100,000 civilians and service members have perished in the ongoing conflict.

In the days following the initial invasion, Russian forces marched to the northern Ukrainian city of Chernihiv and took control of Ukraine’s 16th-largest city in just a matter of weeks through a combination of ground and aerial strikes. Unbeknownst to Illia Shevtsov and his FC Desna Chernihiv teammates, a trip to Turkey for preseason training days before the siege turned into a permanent exodus from Ukraine as most players’ homes, cars and personal belongings were lost or destroyed.

“I don’t have the words to explain it – at least any appropriate words,” Shevtsov admitted. “When we were playing, it was one of the best cities in Ukraine, one of the most progressive cities in Ukraine. The stadium was the heart of the city, so it’s very hard. After the bombing, all the players talked, and we understood that it would not be possible to continue to play in Chernihiv.”

Illia Shevtsov, or Ілля Шевцов in his native Ukrainian alphabet, is a Ukrainian soccer player from Kherson who has enjoyed a promising start to his footballing career. The 22-year-old forward has represented Ukraine 11 times at the youth international level and accumulated 27 top-flight Ukrainian Premier League (UPL) appearances.

Illia’s father, Sergiy, born in the then Soviet-controlled Kherson, was a professional soccer player himself and amassed more than 100 UPL appearances with a trio of Ukrainian clubs while also playing in Russia and Poland. Starting and ending his career with his hometown club in Kherson in 1992 and 2011, respectively, Sergiy went on to work in the FC Krystal Kherson front office.

“When I was a child, I never initially wanted to be a professional soccer player because I saw my dad very rarely since he was always traveling and playing games,” Shevtsov said. “After my dad retired due to injuries, though, I spent more time with him, playing soccer in our backyard and on the field. I actually had a passion for hockey and basketball, but there weren’t enough resources in Ukraine to support that, so I decided to play soccer.”

Shevtsov made his professional debut with his boyhood club, FC Krystal Kherson in the Ukrainian Cup at just 15 years old to become the second-youngest player to ever compete in the 30-year-old national cup competition. Subbed on in the 117th minute of a scoreless first-round fixture between Kherson and FC Real Pharma Odessa, Shevtsov went on to convert the decisive penalty in a 5-4 shootout victory. 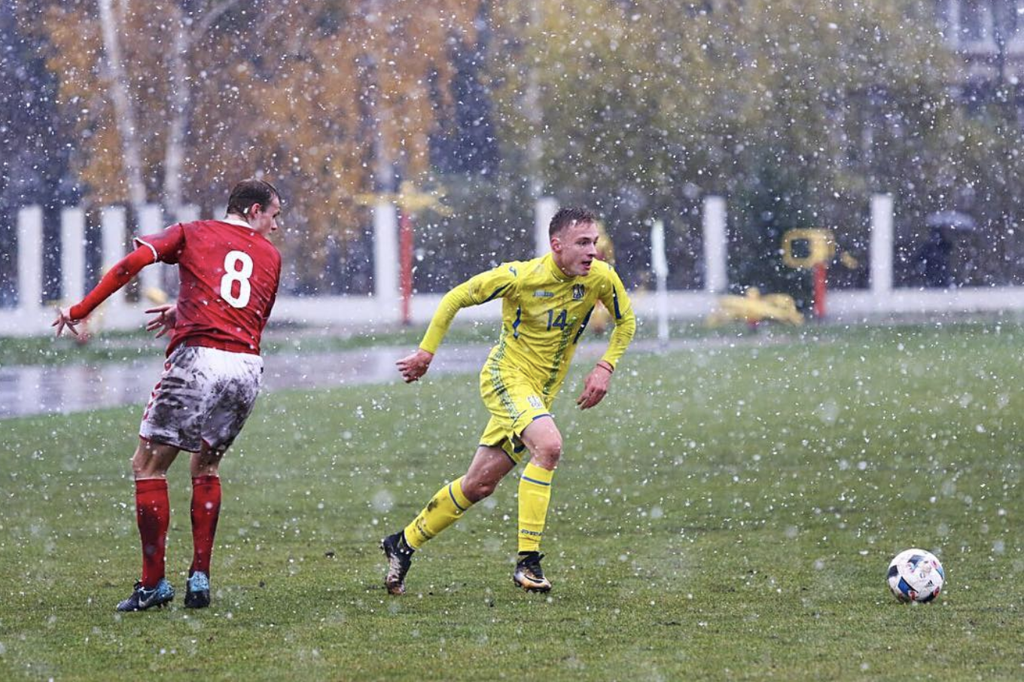 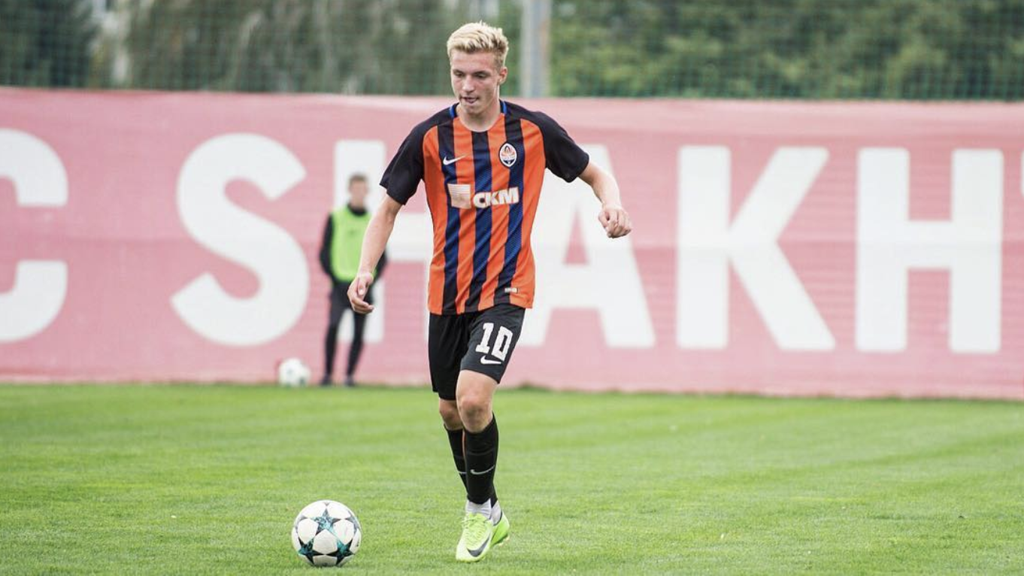 After five years with Kherson, Shevtsov joined one of Ukraine’s winningest clubs – FC Shakhtar Donetsk – and made his way through the Miners’ youth system between 2017 and 2019 before being forced to move home due to Russia’s war in Donbas.

After a short period back with Krystal Kherson, Shevtsov joined the second team of Ukrainian Premier League side FC Desna Chernihiv in 2019 and joined the senior squad less than a year later. With Desna, Shevtsov scored one goal and recorded a pair of assists across a combined 21 UPL, Ukrainian Cup and UEFA Europa League qualifying matches. In 2021, the forward was loaned to fellow UPL side FC Inhulets Petrove for three months where he made eight appearances and scored two goals in Petrove.

Continuing his early-career success, Shevtsov made his return to Chernihiv in July 2021 and made 12 more appearances. In early 2022, Shevtsov was forced to flee and move out of his home country for the first time in his life.

“I miss my country, my friends, my parents,” Shevtsov confessed. “It may be hard to understand if you’ve never visited, but Ukraine is a truly beautiful place – both culturally and geographically. Of course, in soccer, every town in Ukraine has a club and everyone is a fan and supports you as a player. For me, it’s not just my home, but also the place where I made my professional debut. That was a dream come true.”

With Russia’s unprovoked invasion of its eastern neighbor, both Shevtsov’s current home of Chernihiv and hometown of Kherson were sieged by the antagonists. The occupation of Kherson was relatively swift and unopposed, but for Chernihiv – a hotbed of cultural and religious heritage sites – the invasion was not as smooth.

Churches, cinemas, even entire blocks of apartments were leveled by Russia’s aerial bombardment of the key Ukrainian city along the Desna River. Chernihiv Stadium, home of Desna, was nearly razed due the siege.

After over a month of fighting in which more than 1,000 people lost their lives, Russia withdrew from Chernihiv on April 4. While Chernihiv has been freed from Russian occupation thanks to the help of its fearless citizens and even some Desna coaches joining the defense, Shevtsov’s hometown of Kherson remains under the authority of Russia. Ukrainian authorities estimate that nearly half of the 300,000 inhabitants have fled.

“Yes, it’s still occupied,” Shevtsov said of Kherson. “Honestly, I’m not sure which is better at the moment, occupied or not. When Kherson is occupied by Russia there is no war inside the city, so my parents are relatively safe. Luckily now my parents have internet and cell service. That’s something they didn’t have earlier in the war which was very difficult.”

Forced to take refuge with a fellow Ukrainian soccer player in Cyprus, Shevtsov – like many of the UPL’s rising and established stars – sought out new opportunities to continue their professional career amidst the turmoil in Ukraine.

With the help of his parents and agent, Shevtsov looked to the United States for his next opportunity while admittedly not knowing much about the country itself. On May 26, Shevtsov arrived in Charlotte, N.C. where he signed his first professional contract outside Ukraine and became the only Ukrainian-born professional soccer player actively playing in North America. 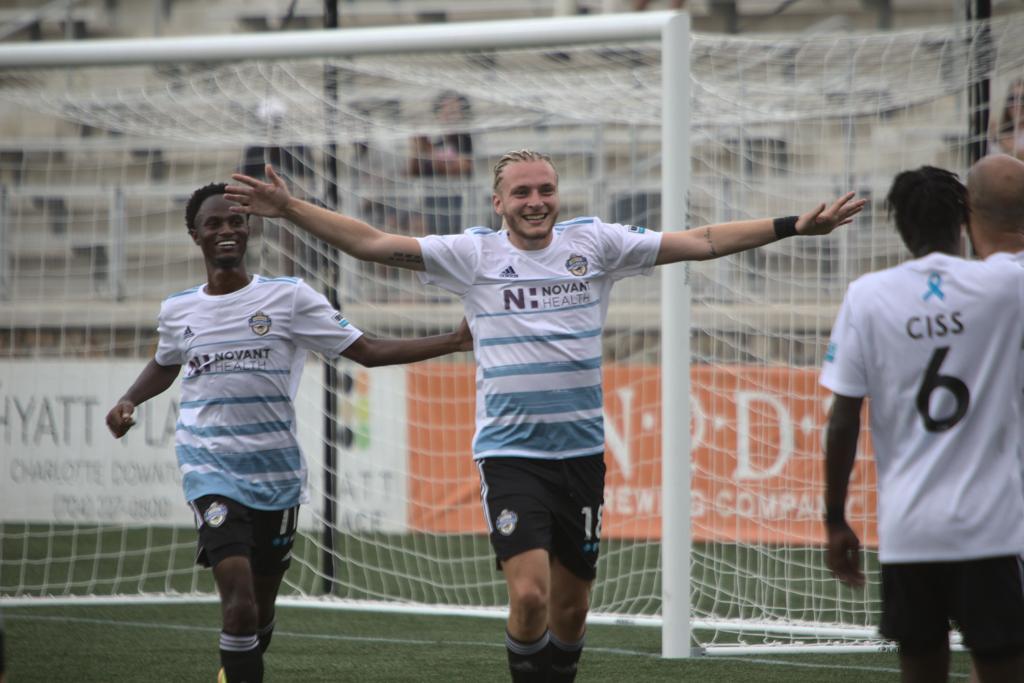 Making his debut in America in an away loss to Greenville Triumph SC on June 4, Charlotte and Shevtsov experienced a difficult four-match losing streak in four consecutive away matches. The tide took a significant turn, however, in Shevtsov’s first match at American Legion Memorial Stadium in Charlotte on June 26 in which the Ukrainian scored his first goal for the Jacks and helped his side to a record-breaking 6-2 victory.

“It felt like I scored my first goal again,” Shevtsov said with a laugh. “I’ve scored a lot of goals in my career, but this goal might come in second place. Scoring that goal was hard and easy at the same time. It was easy because I’m in safety and I’m playing soccer overseas, but it was hard knowing that my friends and family are back home and not in safety.”

Since Shevtsov netted his first in late June, the Jacks have gone 3-1-2 to fly up the league table as the conclusion of the season looms. With 10 League One matches under his belt, Shevtsov was able to reflect on the league and the development of soccer in the United States.

“I love soccer in America, truly love it,” Shevtsov said. “I love to see the games in MLS and USL stadiums here. Honestly, I don’t care about which division I play; the quality in League One is very good. I see the level of the teams, players, facilities and fields in this league, and I can’t complain. Even some teams in the UPL don’t have facilities like we have, players like we have in League One. Overall, I’m very happy to be here.”

For Shevtsov’s parents – currently safe in the occupied Kherson – the support of their son’s professional soccer career has been unwavering through the volatile nature of life in Ukraine, even continuing a longstanding tradition the trio have had dating back to his days playing in the UPL.

“The time difference makes it hard sometimes. My mom always tries to stay up to watch the matches but usually falls asleep,” Shevtsov said with a chuckle. “My dad always tries to watch them as well. We have a tradition in my family where I always text my mom before the match and my dad after the match.”

One of a handful of Ukrainian soccer stars finding their footing in new leagues across the world, the weight of the state of his home is constantly on the mind of the Ukrainian.

“I know that Ukraine will win back Kherson soon,” Shevtsov said of his hometown. “People from my city will never live under Russia, especially after all the terrible things they have done. I hope that all Ukrainians can return to our home soon. Ukraine is a free country and always will be. People lost their homes, their brothers, sisters, parents. We need to see an end to all of this. I am confident it will happen very soon.” 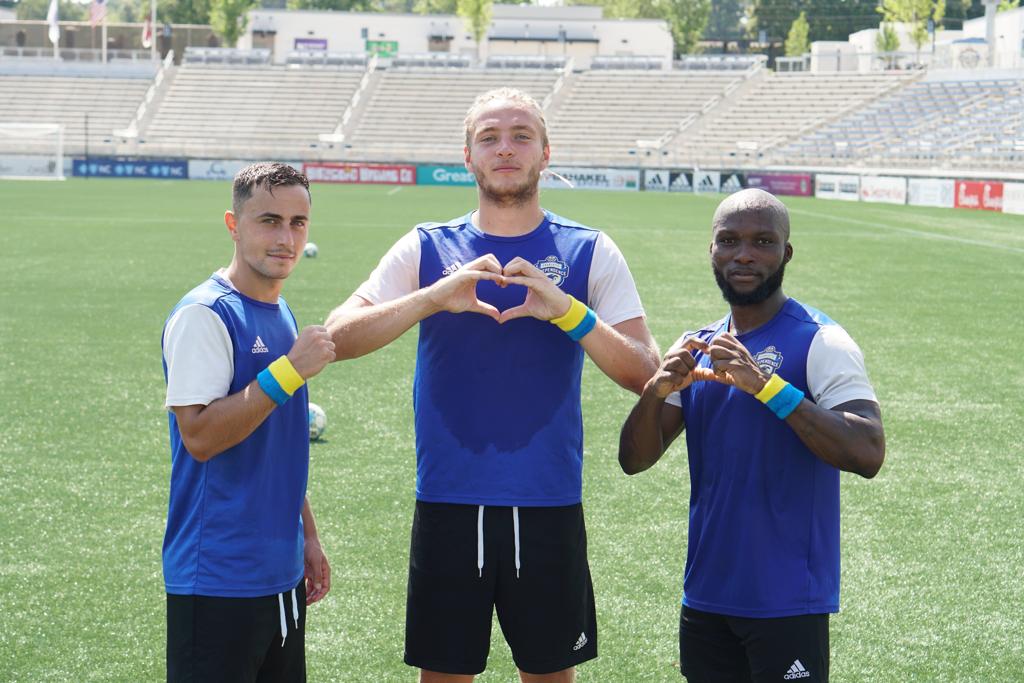 The Independence’s August 5 match against Forward Madison FC – who also contributed relief efforts with a specialty kit that contributed over $40,000 to UNICEF – will serve as a Ukrainian Relief Night with a portion of ticket proceeds benefiting the Ukrainian Congress Committee of America, Charlotte Branch.

“My family and I really appreciate this. I’m very thankful to my club and the fans who will come to the match in support,” explained Shevtsov. “You can save someone’s life by your donations. I want to invite the Ukrainian community in Charlotte to come and enjoy the match, and I hope we will celebrate victory and help our country.”

For more information on how you can support Ukraine and its people, please visit the United Nations' Ukraine Humanitarian Response hub.