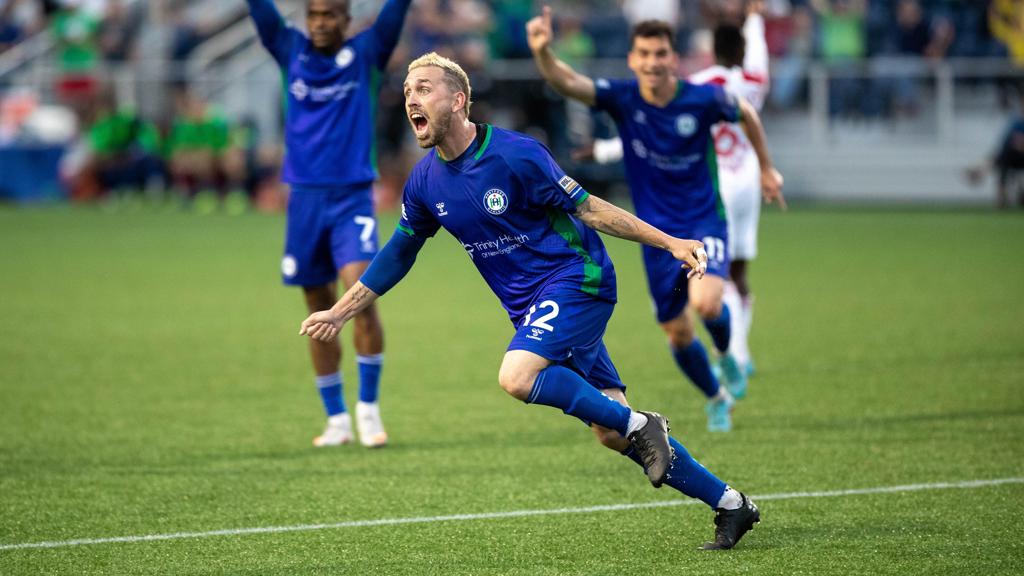 PAPILLION, Neb. – Union Omaha today announced the signing of forward Corey Hertzog for the 2022 season pending league and federation approval. Hertzog is the second-highest goalscorer in USL Championship history with a combined 80 regular-season and postseason goals across seven clubs.

The former Nittany Lion star will reunite with former Penn State Head Coach and recently hired Union Omaha Technical Advisor Bob Warming in Nebraska. Under Warming, Hertzog had his most successful collegiate season in 2010 in which he led the NCAA in goals, points and points per game and was named a MAC Hermann Trophy Semifinalist.

Following his time in State College, Hertzog signed a Generation Adidas contract and was subsequently drafted 13th overall by the New York Red Bulls in the 2011 MLS SuperDraft. Hertzog went on to make 16 appearances with the New York Red Bulls and Vancouver Whitecaps FC between 2011 and 2013, scoring three goals across MLS, U.S. Open Cup and Canadian Championship play.

“Corey is a proven striker that adds immediate quality to our team,” Union Omaha Head Coach Jay Mims said. “He has intelligent movement and a nose for goal. Corey’s energy and competitiveness are contagious, and I am looking forward to him joining our hard-working, young group.”

“I am very excited to reconnect with my former college assistant coach, Coach Mims,” Hertzog said. “His style of play, coaching ability and winning mentality is a perfect fit for me as a player.

"When I heard that Coach Warming was joining the team as a technical advisor, I just felt like I was coming back to my roots," Hertzog added. "Last time I was with them I scored a lot of goals. I owe them so much for what they’ve done for me and my career, and I want to return the favor with some goals, wins and a trophy!”