Trio of matches may see potential victors shoot up the table 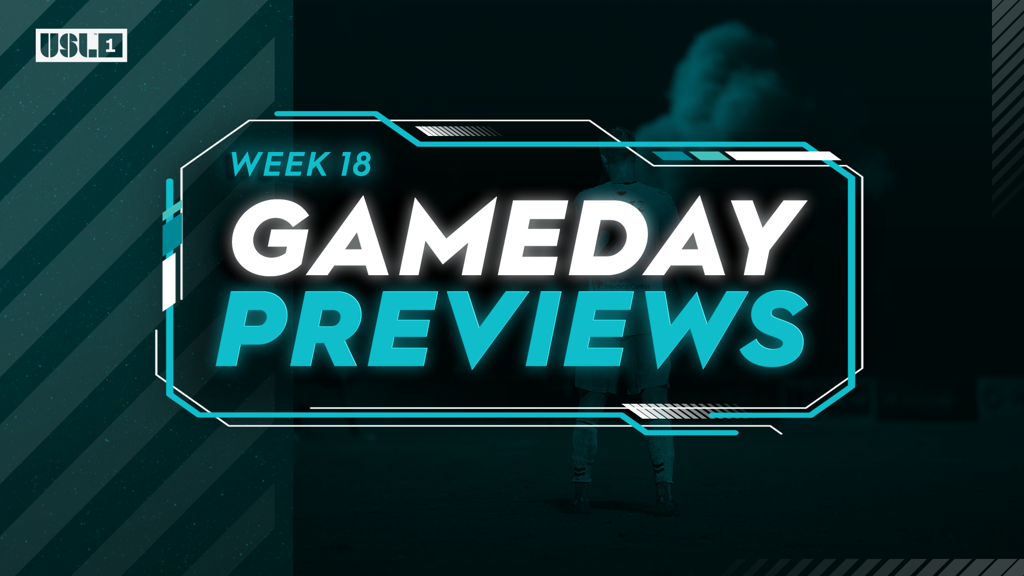 After averaging a combined 2.25 goals in 12 previous meetings, Greenville Triumph SC (9-4-5, 1st) and South Georgia Tormenta FC (6-5-6, 4th) exploded for a 5-5 draw in the pair's last meeting, setting the record for the highest-scoring match in league history. Now set for the 14th all-time meeting - the most between two sides in league history - a win or draw for Greenville would see the side extend its lead at the top of the table and match its club-record nine-match unbeaten streak in regular season matches. For Tormenta FC, a win or draw could position the club at third place in the standings by the end of the night.

GVL - Paul Christensen: Aside from the 5-5 anomaly against South Georgia on July 13, Christensen has allowed just two goals across four additional July matches for Greenville and is second in the Golden Boot race.

TRM - Kazaiah Sterling: Sterling registered his second brace in his last three matches against NCFC last Saturday. The Londoner added to his strong outing by winning a pair of fouls and recording four recoveries.

Forward Madison FC (6-4-6, 5th) and Northern Colorado Hailstorm FC (5-6-6, 9th) will meet for the second time this season in a Saturday evening fixture at Breese Stevens Field - the latter's first visit to the historic venue. The first meeting between the pair was decided before halftime at Canvas Stadium in Fort Collins, Colo. as Madison jumped out and held on to a 2-1 lead on July 5. Former Chattanooga player and current Hailstorm Head Coach Éamon Zayed will hope to have the same success against Madison that he had as a player - scoring more goals against Madison than any other League One club he faced - as a win for the visitors could see the expansion side jump as high as fourth place by the full-time whistle.

MAD - Raiko Arozarena: The first Cuban goalkeeper in league history has already proven his importance to the 'Mingos after joining on loan from the USL Championship's Tampa Bay Rowdies earlier this month. In two appearances for Madison, Arozarena has kept a pair of clean sheets and been named to the Team of the Week once.

NCO - Johan Peñaranda: Coming off a Save of the Week selection, Peñaranda’s seven saves to keep a clean sheet against Chattanooga were the most in Week 17.

Union Omaha (5-2-8, 7th) will host Chattanooga Red Wolves SC (6-8-3, 8th) for the first time this season after defeating the Red Wolves for the first time in club history in the pair's first meeting of the season in June. Riding a six-match unbeaten run, Union Omaha is in the midst of its sixth streak of five-plus unbeaten matches in just its third season of existence. For the Red Wolves, Chattanooga are bouncing back from a tough three-match losing streak and have picked up a win and a draw in their last two fixtures.

OMA - Alex Touche: In another Week 17 clean sheet, Touche completed over 80% of his passes and tallied four clearances, four recoveries and won 80% of his ground and aerial duels to go along with a pair of fouls won.