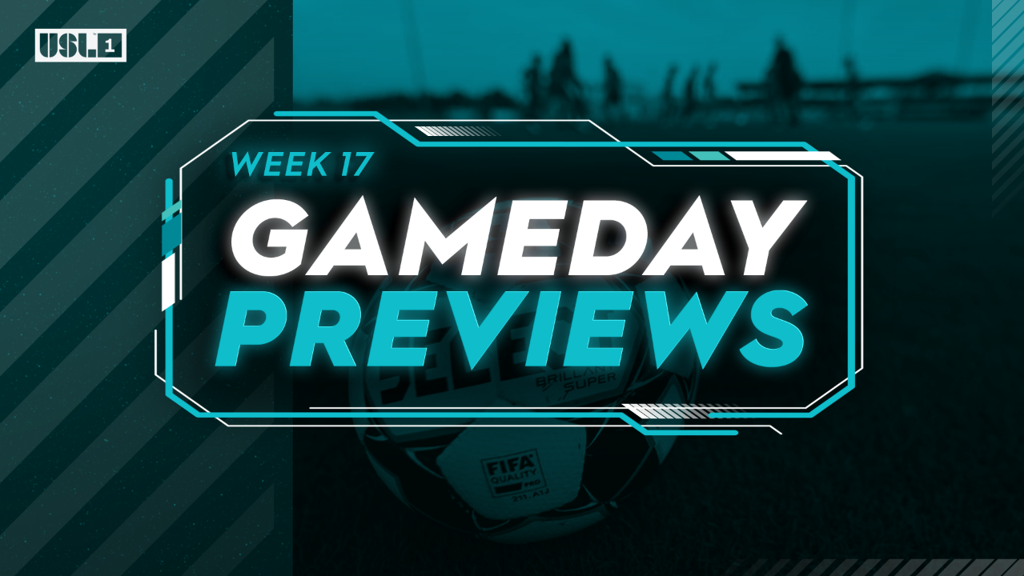 Two League One heavyweights are set to do battle once again and this time it will be Union Omaha (5-2-6, 4th) seeking redemption as they aim to avenge a 2-0 loss last month to Greenville Triumph SC (9-4-4, 1st). Greenville's current seven-match unbeaten started with its 2-0 win over Omaha at Werner Park, now Omaha - riding a four-match unbeaten streak of its own - has a chance to snap Greenville's streak with a win in South Carolina.

GVL - Jacob Labovitz: Triumph SC’s breakout star continued his rise to the top of the Golden Boot race with an incredible five-goal, one-assist Week 16 in just 148 minutes of play. Labovitz led Greenville to a Week 16 draw and win with a brace against Tormenta FC and a hat trick against the Kickers.

OMA - Rashid Nuhu: The 2021 USL League One Golden Glove winner has continued his winning ways through the first half of the 2022 season. Despite not facing many shot, the Ghanaian 'keeper leads the league with a 0.76 goals-against average mark.

Two sides even on points, Chattanooga Red Wolves SC (6-8-2, 6th) will host Northern Colorado Hailstorm FC (5-6-5, 7th) for the second time this season in the pair's third overall meeting. Both Chattanooga and Northern Colorado are coming off of much-needed wins that snapped a three-match winless streak for both sides. Despite the up-and-down season both clubs have experienced, a win on Saturday evening could be enough to propel a potential victor to as high as third in the table.

NCO - Arthur Rogers: Recording his career-best fifth assist of the season in a win against Charlotte last week, Rogers created a week-high 11 chances created and tallied eight recoveries, four clearances and dished out 14 corner kicks all while recording the highest passing score of the week according to American Soccer Analysis.

As Tormenta FC's W League team plays in the inaugural championship match in Minnesota, South Georgia Tormenta FC's (5-5-6, 5th) professional men's squad will face off against North Carolina FC (5-7-3, 10th) back home in Statesboro. Since claiming its last win on June 18, NCFC have been in a free fall, earning just one point from its last five matches. On the other hand, Tormenta FC has a chance to even up the all-time series with NCFC at 2-2-1 and potentially jump to third place in the table with a win.

TRM - Adrian Billhardt: In a one-draw, one-loss Week 16 for Tormenta FC, Billhardt contributed with one goal, one assist and nine chances created. The German midfielder also completed nearly 80% of his passes while recording five recoveries and two fouls won.

NC - Jordan Skelton: Limiting Chattanooga to just one goal from open play last week, Skelton tallied nine clearances, five recoveries and won 10 of 13 of his ground and aerial duels in NCFC’s loss to the Red Wolves.

With just one win in each side's last five outings, both FC Tucson (3-8-4, 11th) and the Charlotte Independence (5-7-4, 9th) will be in dire need of three points to get their respective seasons back on track. Despite defeating Tucson at American Legion Memorial Stadium earlier in the season, the Independence will have to travel to Tucson in the club's farthest-ever road trip. Tucson, though, will be eager to claim its first home win of the season of their visitors.

TUC - Jacob Crull: Crull notched his second goal of the season and third of his career in Tucson’s last-minute loss to Omaha last week. The Austrian-born defender won eight of 10 ground and aerial duels, recorded three tackles and tallied two clearances against his former club.

CLT - Koa Santos: After seeing the pitch in Charlotte FC's victory over Chelsea FC in friendly competition on Wednesday, the CLTFC loanee will aim to build on his team-leading five big chances created and help the Independence to their first victory of the month.

Central Valley Fuego FC (5-5-5, 8th) will host the Richmond Kickers (7-5-4, 2nd) in a battle of high-powered offenses and sturdy defensive units. The first-ever meeting between one of the oldest and one of the youngest soccer clubs in the country will see the league-leading Kickers offense face off with a Fuego FC defense that has accumulated the second-most clean sheets in the league. A win for Central Valley puts the first-year squad back into a playoff position, while a win for the Kickers would close the gap between first and second in the league table.

CV - Nathan Smith: Fuego FC have fallen victim to a number of close results going the way of the opposition. However, defender Nathan Smith has proven to be a key component of a stout Central Valley defense as the 27-year-old leads the team in successful tackles per 90 minutes and interceptions per 90 minutes.

RIC - Jonathan Bolanos: Quietly having the best season of his professional career, Bolanos has been integral to the Kickers' success in the first half of the 2022 season. The 24-year-old midfielder leads the league in assists with seven and has knocked in three goals.