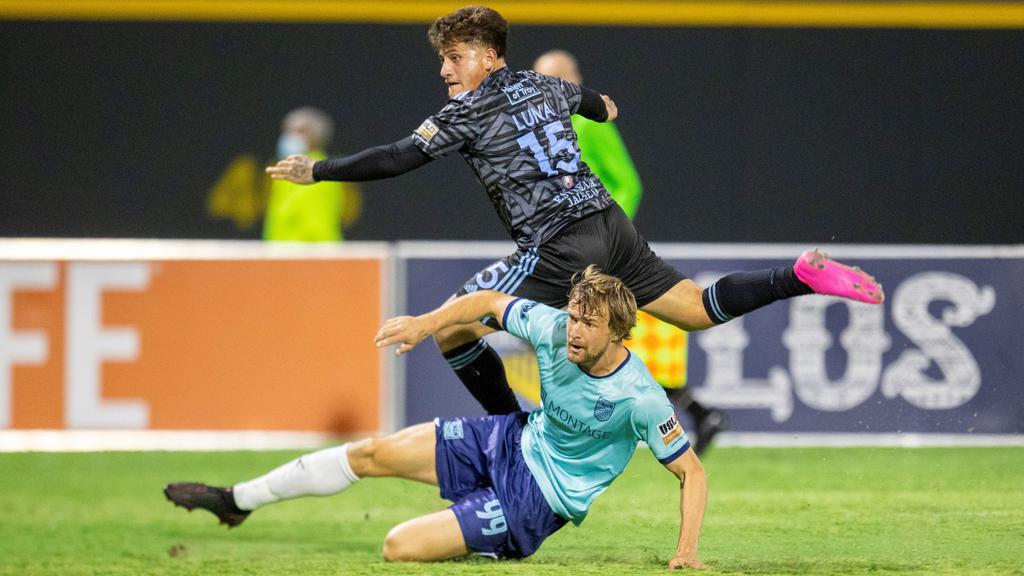 FRESNO, Calif. – Central Valley Fuego FC today announced the acquisition of defender Sam Strong on loan from USL Championship side Monterey Bay F.C. for the remainder of its inaugural 2022 USL League One season. The loan is pending league and federation approval.

“I’m happy to be back in the Central Valley and join a great group of guys pushing for a championship,” said Sam Strong.

The Southern California native has made four appearances across USL Championship and U.S. Open Cup play for first-year side Monterey Bay FC.

“Sam is still in the developmental stage of his career and needs matches,” said Monterey Bay F.C. Sporting Director and Head Coach Frank Yallop. “I think this is the perfect opportunity for both clubs to ensure he gets as many games as possible. We wish Sam the best through the end of the season."

The 25-year-old made his professional debut in 2018 with Fresno FC of the USL Championship with whom he recorded 17 appearances. Strong went on to compete for fellow Championship side Hartford Athletic in 2020 and later NISA’s San Diego 1904 FC in 2021.

“We’re excited to bring Sam Strong back to the Central Valley. Sam will definitely give us depth and physical presence in the back line,” said Fuego FC VP of Fútbol Nehemias Blanco.