Goalkeeper recorded six clean sheets with the Jacks in 2021 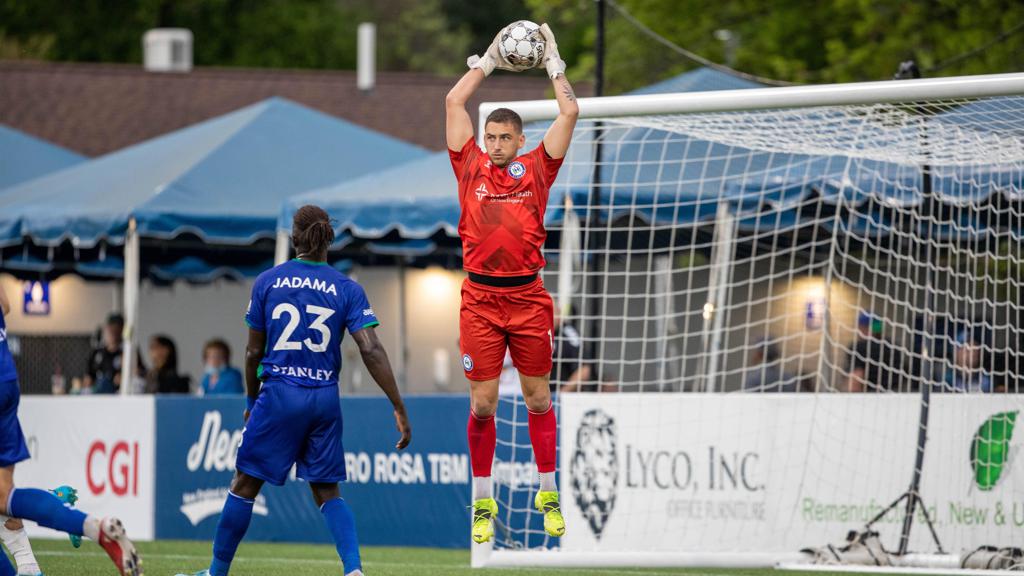 CHARLOTTE N.C. – The Charlotte Independence today announced that the club has re-signed goalkeeper Austin Pack for the 2022 season, pending league and federation
approval. Pack re-joins the Jacks after nearly six months with Hartford Athletic in the USL Championship. Pack was a key player in Charlotte’s 2021 roster and helped lead the team to its first-ever playoff win, recording 51 saves and six clean sheets on the season.

“We are delighted to announce the return of Austin Pack to the Independence,” stated Charlotte Independence Head Coach Mike Jeffries. “His return bolsters our goalkeeping corps moving forward. Austin returns to us off an excellent 2021 season in which he showcased his shot-stopping abilities. With his experience, Austin also brings a good ability to both read the game and organize the back group in front of him.”

Pack made five appearances for Hartford Athletic in 2022. He tallied 11 saves and posted a 1.81 goals-against average mark.

Before joining the Independence in 2020, Pack also spent time in the USL Championship with Portland Timbers 2. In 2018, he appeared in two matches for Timbers 2 and made two saves. In 2019, he played with Pittsburgh Riverhounds SC and made three saves across seven appearances.

Pack played collegiate soccer for the Charlotte 49ers between 2012 and 2015. He appeared in net for 45 matches while making 108 saves. Pack helped lead the team to a regular-season title, a Conference USA Championship and three NCAA tournament appearances.

“I’m very grateful to be returning to the club,” stated Pack. “Charlotte is a second home to me, and I’m excited to be back for a third year with the Independence.”