Four matches with first place on the line, first-time meetings and more 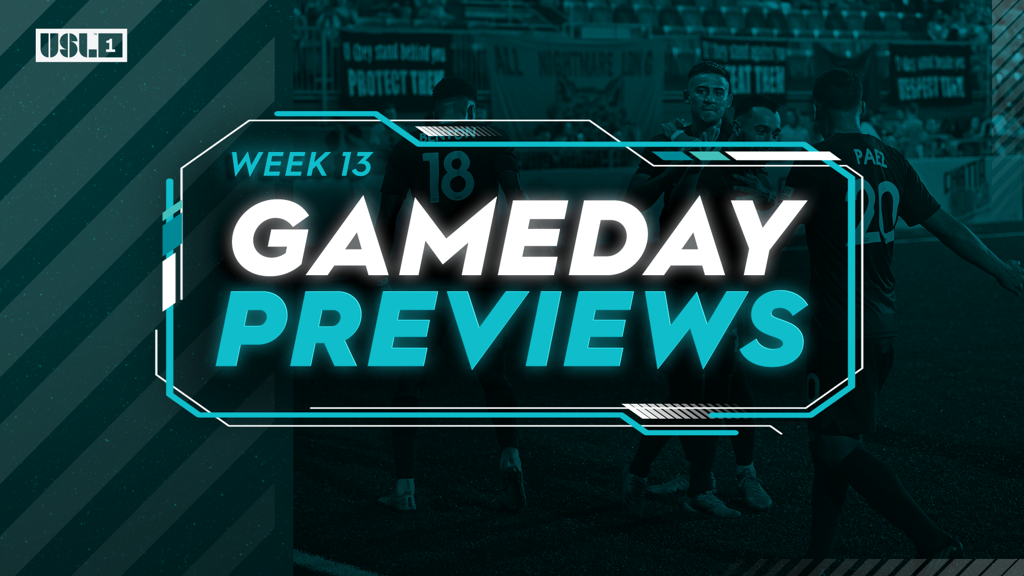 One of three teams on Saturday evening that can potentially jump to the top of the table by the end of the night, Greenville Triumph SC (5-4-2, 4th) will look to take down the visiting Northern Colorado Hailstorm FC (3-3-4, 10th) in the pair's first meeting. Greenville is surging after winning three of its last four, while Northern Colorado has only lost once in its last six matches. This season, Greenville has put up a 1-1-1 record against two of the league's three newcomers.

NCO - Robert Cornwall: The heartbeat of the Hailstorm defense, Northern  Colorado’s captain recorded a goal and an assist last week in the same match for the first time in his impressive decade-long career. He also helped the Hailstorm on to a 4-1 win over Fuego FC earlier in the week.

Coming off of the biggest win in League One history, the explosive Chattanooga Red Wolves SC (5-5-2, 2nd) offense will aim to exploit the league's second-most porous defense in FC Tucson (2-6-2, 11th). After dropping three consecutive matches, the Red Wolves have since won twice in a row and outscored their opponents 9-1. FC Tucson, on the other hand, is still looking to hit its stride and has gone 1-2-1 in its past four contests - its best run of the season thus far. A win by Chattanooga on Saturday night could position the Red Wolves at the top of the table by the end of the four-match evening and would tie the all-time series between the pair at 3-3-2.

South Georgia Tormenta FC (3-3-5, 8th) will host the club that they have historically struggled the most against as Union Omaha (3-2-4, 9th) pays a visit to Statesboro on Saturday night. Tormenta FC have never defeated their avian adversaries in five previous matchups and have been outscored 11-2 in those prior contests. A win from either side would be enough to vault the side well into the top five of the league table.

TRM - Jake Dengler: In the most impressive offensive performance in the young defender’s career, Jake Dengler helped Tormenta FC onto a come-from-behind draw last week with a goal and an assist.

OMA - Tobias Otieno: The Kenyan midfielder made his first appearance for Tormenta FC last week and won 80% of his ground and aerial duels in 45 minutes of play against Madison. His first chance at a full 90 minutes will now come against his former club.

Another first-time matchup, Central Valley Fuego FC (3-3-5, 7th) will hope to bounce back from a midweek defeat as it hosts a red-hot North Carolina FC (5-3-2, 3rd) side. Traveling to California for the first time since 2017, North Carolina FC holds an impressive 8-4-2 all-time record against clubs from the Golden State. A tale of two sides, Fuego FC will hope to snap a four-match winless streak and claim its first home win, while NCFC will look to extend its four-match unbeaten run.

NC - Garrett McLaughlin: The leader in the Golden Boot race scored his seventh goal of the year via a penalty conversion and assisted NCFC’s opening goal of the contest against Charlotte last week.