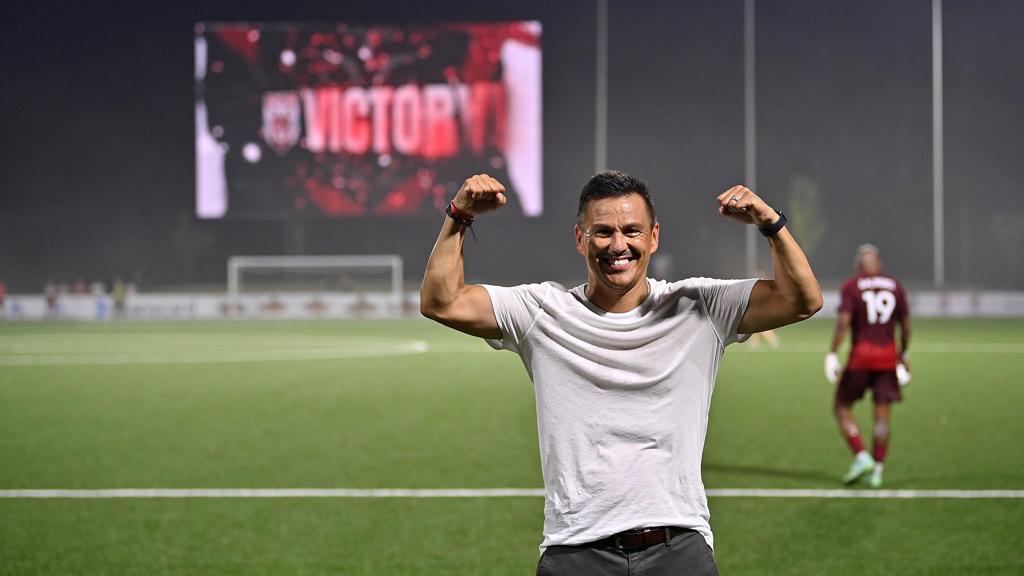 On Wednesday evening, more than 2,000 spectators packed into CHI Memorial Stadium for a midweek clash between first-time adversaries Chattanooga Red Wolves SC and the Charlotte Independence. After going down a goal 20 minutes into the match, the Red Wolves' offense turned things around in a big way, exploding for a 7-1 thumping by the time the final whistle sounded, breaking records and turning heads.

The Independence got out in front first, snapping a three-match scoreless streak as Hector Acosta headed in a Miguel Ibarra corner kick in the 20th minute. Just minutes later, however, the Red Wolves responded with the goal that would trigger the avalanche of goals, as Rey Ortiz curled in a ball from the edge of the penalty area and dinked it off the post in the 23rd minute. Juan Galindrez next joined in on the fun as the towering Colombian forward slotted home a pair of nearly identical goals - one from open play and one from the penalty spot - into the bottom left corner of the goal in the span of nine minutes.

Following the halftime intermission, the Red Wolves only ramped up their offensive onslaught. Rafa Mentzingen stunned Dane Jacomen in goal with a lofted chip from nearly 30 yards out to give Chattanooga its fourth of the evening, and Galindrez completed his hat trick in the 66th minute, tapping in a well-placed Mentzingen cross for Chattanooga's fifth. Rounding out the incredible evening, Jorge Páez and Pedro Hernandez both netted their first goal for the Red Wolves in the closing 20 minutes.

"We had to win, and we had to win at home," Head Coach Jimmy Obleda said after the win. "We've given up too many points in the last few matches, so we set an expectation that we won't lose any more points at home. That mentality was the starting point for us at training over the last few days and we certainly took it to heart.

"I'm so happy for the team because we've gotten off to an uncharacteristic start," Obleda added. "However, we know it's not about how you start, it's about how you finish. There's still so much to play for, and tonight was great overall, but right now we get ready for Tucson and focus on not losing any more points."

Handing Charlotte its largest loss in club history, the Red Wolves' six-goal margin of victory is also the widest in League One history. Additionally, Chattanooga became the first League One club to tally five unique goalscorers in a regular-season match. That feat only happened one other time, as Union Omaha became the first club to record five different goalscorers in its USL League One Playoffs Semifinal victory over FC Tucson on Nov. 13, 2021.

At the individual level, Juan Galindrez - who became Chattanooga's all-time leading scorer earlier this season following his penalty conversion against Fuego FC on May 14 - recorded his first professional hat trick and the league's 14th overall in the 7-1 thrashing. His 37-minute hat trick also serves as the third quickest in league history behind Ronaldo Damus' 18-minute hat trick for North Texas SC on June 12, 2019 and Greg Hurst's 26-minute hat trick for Union Omaha on June 13, 2021.

"It was a match that turned out magnificently," Juan Galindrez said. "Seven goals at home and we earned it. From the very first minute, I was determined to score. I was honestly hoping to score four because I’m always ready to give more. God gifted me three goals and I’m very happy to score my first hat trick for the Red Wolves."