An in-state rivalry, the Western Clásico and a rematch of the 2021 USL League One Final 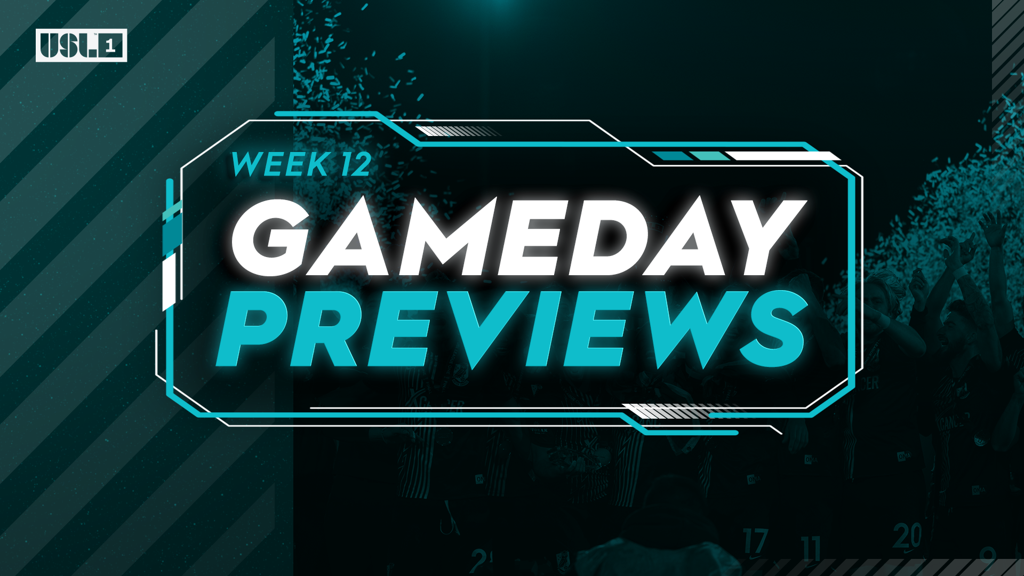 After playing its first-ever League One match in City Stadium on April 9, Northern Colorado Hailstorm FC (2-2-4, 10th) will return to Virginia to take on the Richmond Kickers (4-3-3, 1st) once more. Following the 1-1 draw early in the season, the pair have experienced opposite starts to the season, with the Kickers topping the table and the Hailstorm near the bottom. With that being said, Northern Colorado is riding a four-match unbeaten streak and Richmond is on a three-match unbeaten streak of its own.

RIC - Jonathan Bolanos: In one of the most impressive matches of his three-year professional career last week, Bolanos tallied a league-record-tying three assists and created five chances, including the play that led to the Kickers’ fourth and final goal.

NCO - Robert Cornwall: Across two 1-1 draws in Greeley last week, Cornwall completed 84% of his passes, 100% of his tackles and 100% of his dribbles all while recording 11 recoveries, six clearances and five interceptions.

An in-state rivalry is returning to the Tar Heel State for the first time since 2020, as former USL Championship foes North Carolina FC (4-3-2, 3rd) and the Charlotte Independence (4-4-2, 5th) will meet at WakeMed Soccer Park. The series' early days - dating back to 2015 thanks to a trio of U.S. Open Cup meetings - were dominated by North Carolina FC. Now, however, the Independence are unbeaten against NCFC in five-straight contests. Depending on other Week 12 results, the winner of this contest can go on to top the congested top half of the league table by the end of the evening.

NC - Oalex Anderson: Anderson will likely return from international duty following his Concacaf Nations League run with Saint Vincent and the Grenadines. The 26-year-old forward will look to build on his mark of five combined goals and assists.

CLT - Tresor Mbuyu: Still working his way back into the starting rotation following a minor injury, once Mbuyu gets back to 100%, the Independence will likely get back to their winning ways.

In one of the most anticipated rematches of the season, Union Omaha (3-1-4, 6th) will host Greenville Triumph SC (4-4-2, 4th) for the first time since besting Triumph SC in the 2021 USL League One Final last November. The pair of League One heavyweights can top the table by the end of the evening with a win in the contest. Omaha has not lost in its last four matches and Greenville has won three of its last five, setting up an exciting clash.

GVL - Paul Christensen: After letting in three goals last week for the first time since the 2021 League One final, expect Christensen to bounce back.

In a regional rivalry dating back to the pre-professional days of both sides, Central Valley Fuego FC will host FC Tucson in the first-ever Western Clásico. The Western rivals will meet for the first time as professional clubs, with a potential winner earning bragging rights. Tucson will look to bounce back from an early-season slump, while Central Valley can jump to the top of the table with a win at home.

CV - Villyan Bijev: With five goals so far in his first League One season, Bijev has been the catalyst for Fuego FC's early success.

TUC - Luca Mastrantonio: Mastrantonio had an efficient night at Kino North Stadium in Week 11, completing 93% of his passes, winning 100% of his tackles and ground duels and won a trio of fouls.