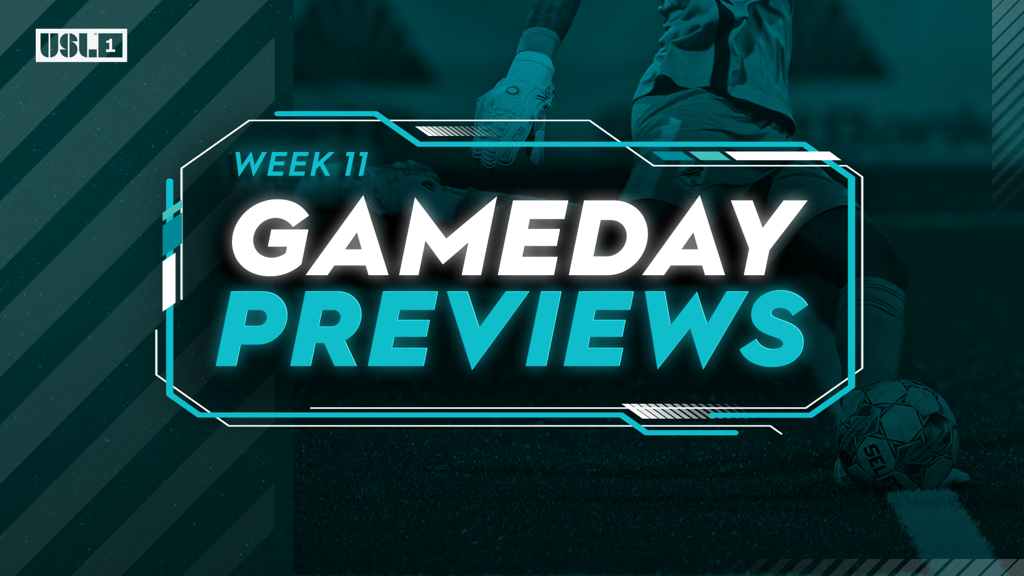 The Charlotte Independence (4-3-2, 2nd) will travel to Richmond and City Stadium for the first time since 2018 as they take on the Richmond Kickers (3-3-3, 5th) on Saturday evening. Charlotte has dominated the all-time series at 7-3-3 and bested the Kickers 2-1 in their first League One matchup earlier this season. Charlotte conceded its position at the top of the table to Greenville last week, but a win from either the Independence or the Kickers would see them reach the pinnacle - at least temporarily - as Week 11 continues.

CLT - Miguel Ibarra: With an oft-fluctuating roster, the Independence will rely on the consistent veteran to continue to provide leadership. Ibarra has the third highest passing score according to American Soccer Analysis.

In the ninth all-time meeting, Forward Madison FC (2-3-4, 9th) will look to defeat Greenville Triumph SC (4-3-2, 1st) for the first time. Greenville will hope to retain its spot at the top of the league table and extend its two-match win streak, while Forward Madison FC can match its longest unbeaten streak of the season with a win or draw at Breese Stevens Field.

MAD - Nazeem Bartman: The 28-year-old South African recorded a goal and assist in the same match for this first time in his six-year professional career last week to earn Player of the Week honors.

GVL - Paul Christensen: Tied for the league lead in clean sheets with four, Christensen added to his tally with a shutout victory over Charlotte last week that saw the goalkeeper record a trio of saves.

Northern Colorado Hailstorm FC (2-2-3, 10th) and South Georgia Tormenta FC (3-3-3, 6th) will face off for the first time in a Saturday-evening match at Jackson Stadium. A win for Tormenta FC could potentially see the visitors regain their spot at the top of the league table, while a win or draw from the Hailstorm would see the expansion side extend its longest unbeaten streak in club history to four.

NCO - Irvin Parra: Leading the Northern Colorado attack, Parra has four goals on the season and has scored two in his last three matches.

TRM - Kazaiah Sterling: Last week, Sterling recorded a multi-assist match for the first time since doing so with the Tottenham Hotspur FC U-18's in 2017. The 23-year-old striker also won four fouls, completed 100% of his dribbles and won eight of nine ground duels.

In a late-night, high-temperature affair in the desert, FC Tucson (2-5-1, 11th) will face Union Omaha (2-1-4, 8th) for the first time since falling to the Owls in the semifinals of the 2021 USL League One Playoffs. In seven previous matchups, Omaha has dominated Tucson, winning six of seven and outscoring its opponent 14 to five.

TUC - Carlos Merancio: Merancio has accumulated the fourth most saves in the league. The 'keeper will need to step up in order to limit Omaha's batch of young attackers.

OMA - Joe Brito: Only in his first professional season, Brito scored his first goal in league play against Chattanooga last week. In addition to his second-minute match winner, Brito recorded three recoveries and won a pair of fouls.

Another toasty contest out West, Central Valley Fuego FC (3-1-4, 4th) will host Chattanooga Red Wolves SC (3-5-2, 7th) in the latter's first contest in the state of California. A tale of two different sides, Fuego FC are riding a club-record five-match unbeaten streak, while the Red Wolves will be desperate to snap a three-match skid. If things go the way of Fuego FC or the Red Wolves in Fresno and elsewhere in league play, the winner of this match could potentially end Week 11 on top of the league table.

CV - Villyan Bijev: The reigning Player of the Month will look to extend his streak of scoring or assisting in his last four matches.

CHA - Rafa Mentzingen: The veteran midfielder is third in the league in goals added per match according to American Soccer Analysis. The Red Wolves need a leader to step up in order to snap the Chattanooga losing streak.