Quartet of matches round out 10th week of season 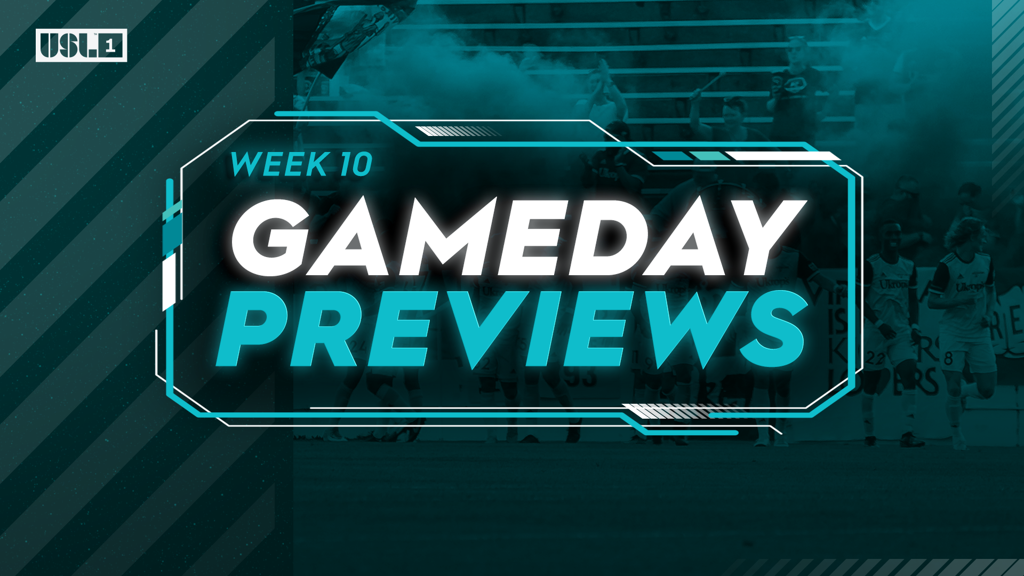 Along with the Red Wolves, the Richmond Kickers (3-3-2, 4th) have a short week after playing on Wednesday. The Kickers will host a floundering South Georgia Tormenta FC (3-3-2, 6th) side that will look to snap a two-match skid. Richmond snapped a three-match winless streak with a 3-0 win against Chattanooga on Wednesday, while South Georgia is looking for its first positive result since May 14. The all-time series between Richmond and South Georgia is knotted up at 2-2-3 and has followed a pattern of draw, Tormenta FC win, Kickers win since their first meeting in 2019. If that pattern continues, Tormenta FC would leave Richmond content.

RIC - Ethan Bryant: In just his fifth league match of the season, Bryant recorded a pair of assists on corner kick services and created a trio of chances in Wednesday's match. In his five seasons as a professional, the 20-year-old midfielder had never previously recorded more than one assist in a single match.

Greenville Triumph SC (3-3-2, 7th) will host the Charlotte Independence (4-2-2, 1st) in a first-time matchup between the pair. After a week off, the Independence will look to retain their spot atop the league table with four clubs below them – including Triumph SC – able to leapfrog the Jacks following Week 10's matches. Greenville has gone unbeaten in four of its last five and vaulted up the table, while the Independence have continued to perform in their first season in the league.

CLT - Illia Shevtsov: The recently signed 22-year-old Ukrainian forward should be available off the bench for the Jacks. Shevtsov has represented Ukraine 11 times on the youth international level and accumulated 27 Ukrainian Premier League appearances in his young career.

Chattanooga Red Wolves SC (3-4-2, 5th) will hope to bounce back after opening Week 10 with a 3-0 loss to Richmond on Wednesday. Union Omaha (1-1-4, 10th) – having only played two league matches in the entire month of May – will aim to claim its first League One victory since April 23. Of the 18 clubs that the Owls have played since their inception, Omaha has had the least success against the Red Wolves, going 0-1-2 in three previous meetings and being outscored by four goals to one in those matches.

CHA - Moe Espinoza: The former Club Tijuana youth product has had quite the start to his first League One season, leading the league with four assists and recording one goal.

OMA - Rashid Nuhu: Again constructing another solid season, Nuhu is tied for the league lead in clean sheets and leads all goalkeepers in goals-against average despite Omaha being tied for the fewest matches played in League One thus far.

In a match featuring a pair of clubs that have started the season off rather slow, Saturday evening's clash between Forward Madison FC (1-3-4, 11th) and FC Tucson (2-4-1, 9th) will go a long way in determining which side can get back to their desired form. May wasn't the kindest of months to this pair as both sides recorded just one win and multiple losses. A potential win from either side could see the victor jump up as high as eighth in the league table.

MAD - Jeremiah Streng: In addition to Charlotte's Shevtsov, another European youth international will look to continue his upward trajectory, especially after his remarkable goal off a free kick last week.