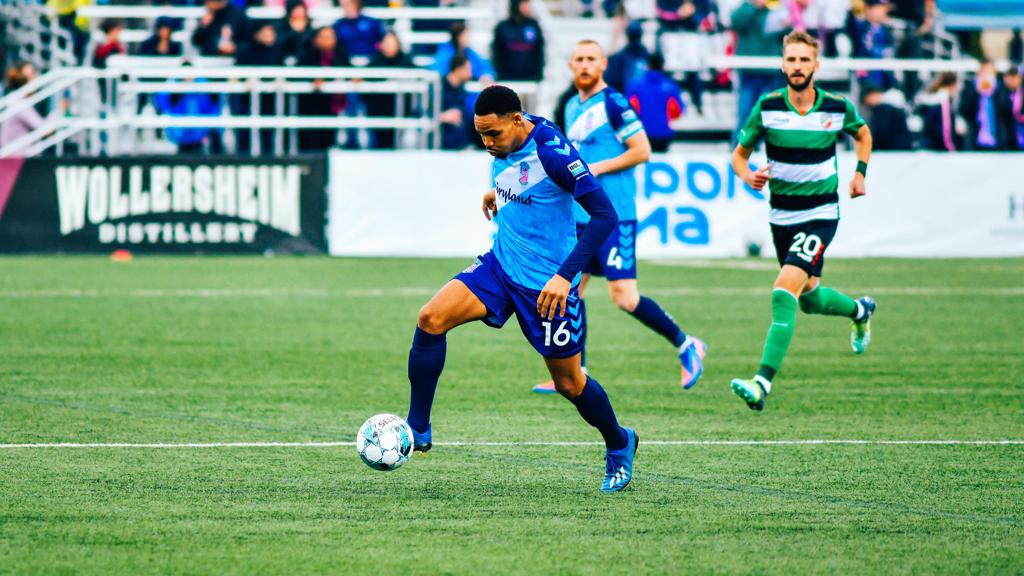 Jones has accumulated over 30 caps and scored one crucial goal for the Soca Warriors | Image Credit: Forward Madison FC

MADISON, Wis. - Forward Madison FC announced that Alvin Jones has been called up to the Trinidad and Tobago national team for upcoming Concacaf Nations League matches.

The FMFC defender has had a strong season thus far, appearing in four games with the Flamingos, and starting in two. So far through the 2022 season, Jones currently holds a passing accuracy of 75.5%, while having recorded four clearances, three interceptions, and four tackles.

The 27-year-old will join the Trinidad and Tobago national team in the Concacaf Nations League for four matches spanning from now through June 13th. In his previous seasons with the Soca Warriors, Jones has contributed one goal and six assists in 31 matches. Jones’ lone goal was a crucial one as he scored the go-ahead goal against the United States Men's National Team in 2018 FIFA World Cup Qualifiers.