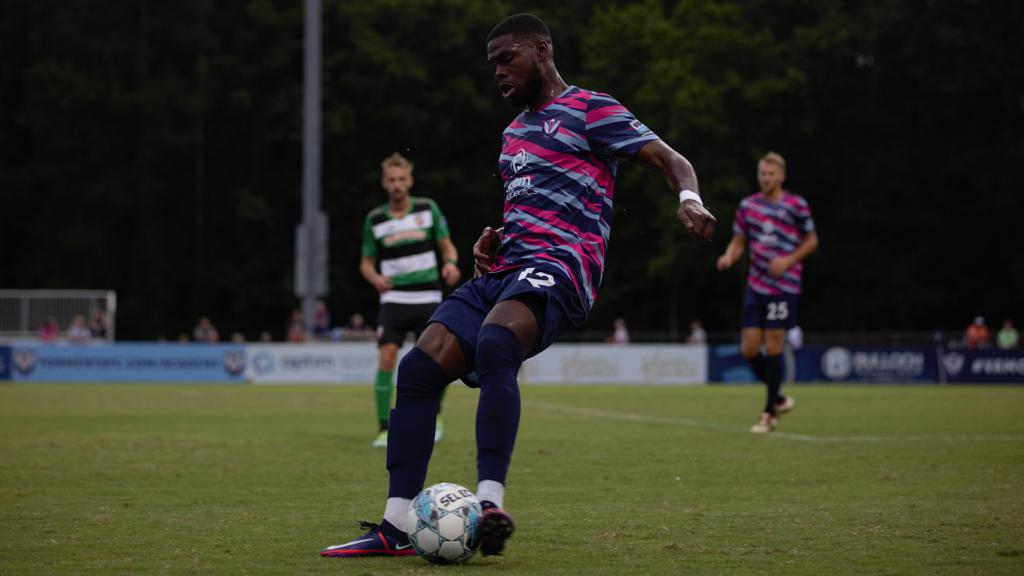 Nembhard can build on his three caps with the Jaguars at Concacaf Nations League | Image Credit: South Georgia Tormenta FC

The defender will join Belize for its first four Concacaf Nations League encounters, kicking off on June 2 when Belize takes on the Dominican Republic at home. The Jaguars will then travel to Guatemala to take on los Chapines on June 5, followed by hosting French Guiana on June 9. Belize will play their final game of the window on the road on June 14 against French Guiana.

Nembhard made his international debut against Haiti during the Concacaf World Cup qualification circuit in 2021. Nembhard went on to record two more appearances for the Jaguars, appearing in a 5-0 win against Turks and Caicos and in a qualifying match against Nicaragua.

The defender has been on the pitch for 94% of Tormenta FC’s 1,080 possible minutes so far this season, recording 12 appearances in his first season with the club across all competitions. Three of those 12 appearances came in the Lamar Hunt U.S. Open Cup where Tormenta FC made a run to the Round of 32 for the first time in club history.