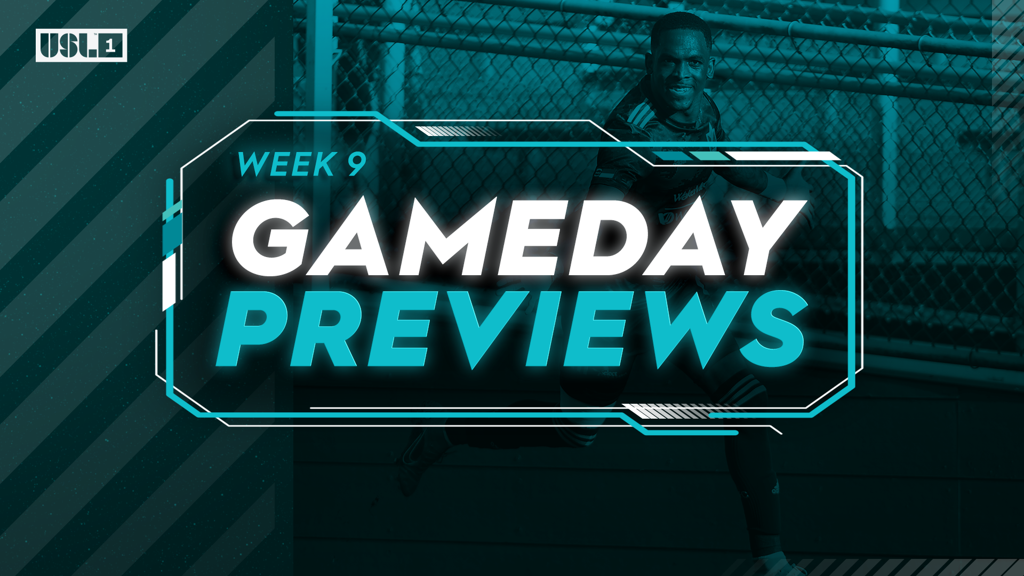 A pair of accomplished clubs will go at it for the first time this season, as North Carolina FC (3-3-1, 5th) will host the Richmond Kickers (2-2-2, 6th) at WakeMed Soccer Park on Saturday evening. Both clubs have seen an up-and-down start to the 2022 campaign as they each sit near mid-table. A win for North Carolina would solidify its early-season turnaround, while a victory for the Kickers would see the contenders challenge the top once more. History is on the side of the home club, however, as North Carolina FC has gone unbeaten against Richmond in their last seven meetings dating back to 2018. The lone Kickers win came in the pair's first-ever meeting back in the 2018 USL season.

The second meeting of the season between Chattanooga Red Wolves SC (3-2-2, 3rd) and Greenville Triumph SC (2-3-2, 7th) will see the Red Wolves continue to seek redemption for their 2021 USL League One Playoffs exit at the hands of Triumph SC. A tale of two opposite starts to the 2022 season, the Red Wolves have already graced the top of the table while Triumph SC are surging following a slow start. Greenville have dominated the all-time series, maintaining a 6-2-3 record and going unbeaten against the Red Wolves since 2020.

CHA - Moe Espinoza: Leading the league with four assists, the 23-year-old has recorded one goal and four assists in his last five league matches.

GVL - Allen Gavilanes: Earning Team of the Week honors in Week 7 following a one goal, one assist performance, Gavilanes now leads the league in chances created with 18.

Both South Georgia Tormenta FC (3-2-2, 4th) and FC Tucson (1-4-1, 11th) will be hungry to get back in the win column on Saturday evening in Statesboro. After allowing the fewest number of goals in the league up until Week 8, Tormenta FC conceded a troubling four goals in a resounding defeat courtesy of Fuego FC. FC Tucson, on the other hand, are aiming to snap a three-match losing streak. South Georgia lead the all-time series at 4-2-1, but traded wins and losses with Tucson over the past four meetings. If that pattern continues, this one may be FC Tuscon's to win.

TRM - Arthur Bosua: Bosua is tied for the Tormenta FC lead in goals with two and is second in the league with 17 shots. He'll look to net his first goal since mid-May.

TUC - Louis Pérez​​​​​​​: The 24-year-old French midfielder continues his strong start to his first League One season. Pérez leads Tucson and is tied for third in the league with a pair of assists.

After meeting for the first time in U.S. Open Cup play – the first pair of League One clubs to do so – Union Omaha (1-1-3, 9th) and Northern Colorado Hailstorm FC (2-2-1, 8th) will finally meet in league play on Saturday evening at Werner Park. Despite their low standings in the table, Omaha and Northern Colorado are tied for the fewest matches played in the league this season and have plenty of time to make up ground. With each side scoring seven goals this season, Northern Colorado may have a tough time penetrating the Omaha defense which has allowed the fewest goals in league play this season.

OMA - Joe Brito: First-year pro, Joe Brito, is tied for the most goals scored for the Owls in league play and has had a huge impact on Omaha's U.S. Open Cup success.

Central Valley Fuego FC (3-1-3, 2nd) will host Forward Madison FC (1-3-3, 10th) in the 'Mingos' first-ever match in the state of California at Fresno State Soccer Stadium on Saturday night. Mirror images of each other thus far, Fuego FC are three points and one spot off the top of the table while FMFC are three points and one spot off the bottom of the table. Fuego FC have gone unbeaten in four straight, while the 'Mingos have dropped three of their last four. In the pair's first meeting earlier this season, Fuego FC escaped Madison with a 1-0 victory.

CV - Villyan Bijev: Registering his second league brace of the season, Villyan Bijev converted a pair of chances into goals to contribute to Fuego FC’s record victory last week. Bijev’s brace was his third of the season across all competitions and 10th in his decade-long career.

MAD - Cyrus Rad: Rad picked up his first assist of the season and maintained 91% passing accuracy while completing 75% of his long balls last week.