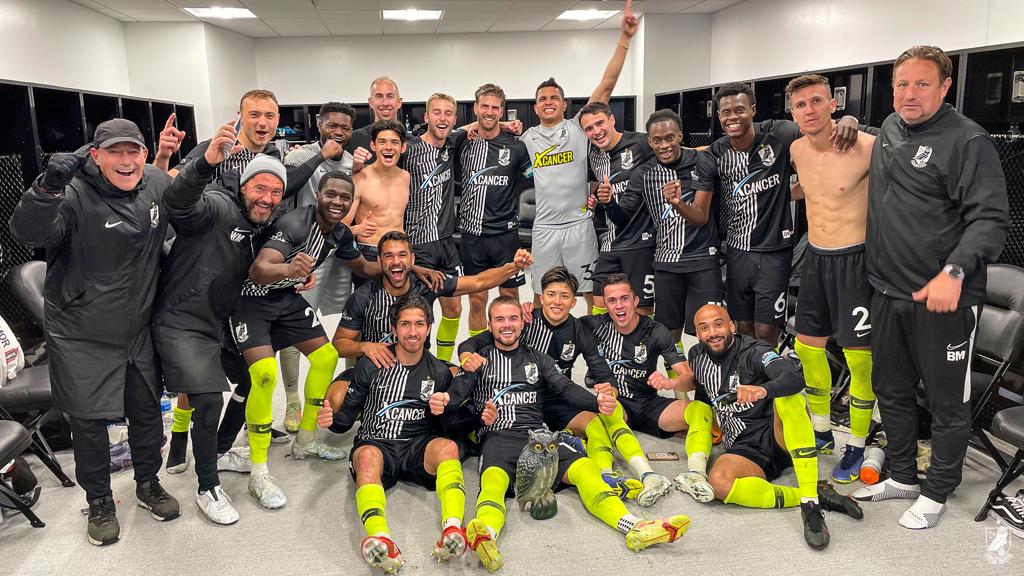 "Obviously, it's an exciting day for the guys," Head Coach Jay Mims said. "I'm so, so happy for them to experience this match this facility and the class team that Adrian [Heath] has.

"We knew we weren't going to come in here and dominate the ball and take over the game, we knew we were gonna have to defend for long periods of time," Mims added. "We also knew we'd come in and work hard and be savvy and be intelligent and create some chances."

The Loons started off the match with a bang, as MNUFC's Adrien Hunou powered a shot past Rashid Nuhu at close range to snatch the early lead. Despite Minnesota maintaining nearly 75% of the possession for the duration of the match, Omaha capitalized on its few opportunities in front of goal.

The first of Omaha's pair of goals came against the run of play as JP Scearce headed on a long ball from Nuhu that fell perfectly to the feet of Hugo Kametani who then hammered it past Eric Dick. Omaha's winning goal came from Joe Brito in the 51st minute and featured the 23-year-old midfielder recording his first professional goal on the volley in remarkable fashion.

"Thank you for all the fans that came out, what great support; cheers to you all," Mims said. "We'll see you all back in Omaha. Be safe tonight, but thank you so much. See you soon!"