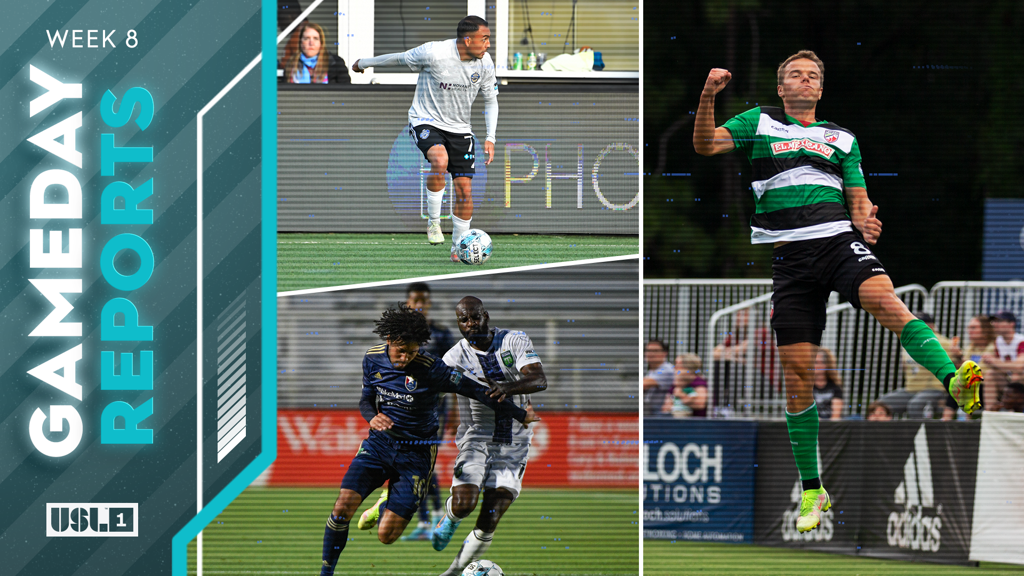 Week 8 of the 2022 USL League One season concluded with Central Valley Fuego FC claiming its largest victory in club history, North Carolina FC taking down Greenville Triumph SC for the first time ever and the Charlotte Independence vaulting to the top of the table in their first season in the league.

Victor Falck opened the scoring early, tapping in a low Cherif Dieye cross across the face of the goal before Jordan Chavez headed in a corner kick just five minutes later. Rounding out the first half in Statesboro, Villyan Bijev netted a seven-minute brace to put the match away and confirm the resounding Central Valley victory.

Villyan Bijev (CV) – Bijev notched his second League One brace of the season and confirmed Fuego FC's emphatic victory as the largest in club history.

The match was decided just seven minutes in, as Luis Arriaga tallied his first goal of the season with a low, powerful shot driven in from the edge of the penalty area and served up by Jaden Servania. Despite Triumph SC holding advantages in nearly every offensive statistical category, the visitors were unable to find the breakthrough.

Luis Arriaga (NC) – In addition to scoring his first goal of the season, Arriaga also created a pair of chances, completed 84% of his passes and tallied seven recoveries.

Veteran Colombian forward Iván Luquetta headed in his second goal of the season to open the scoring following a perfect cross into the box from Koa Santos in the 7th minute. The second half featured a remarkable goal from both Charlotte's Quinn McNeill and Madison's Nazeem Bartman, but that early goal from Luquetta would prove to be the difference in the end.

Koa Santos (CLT) – Along with his perfect assist on Luquetta's score, Santos tallied five recoveries, three clearances, and a pair of interceptions.