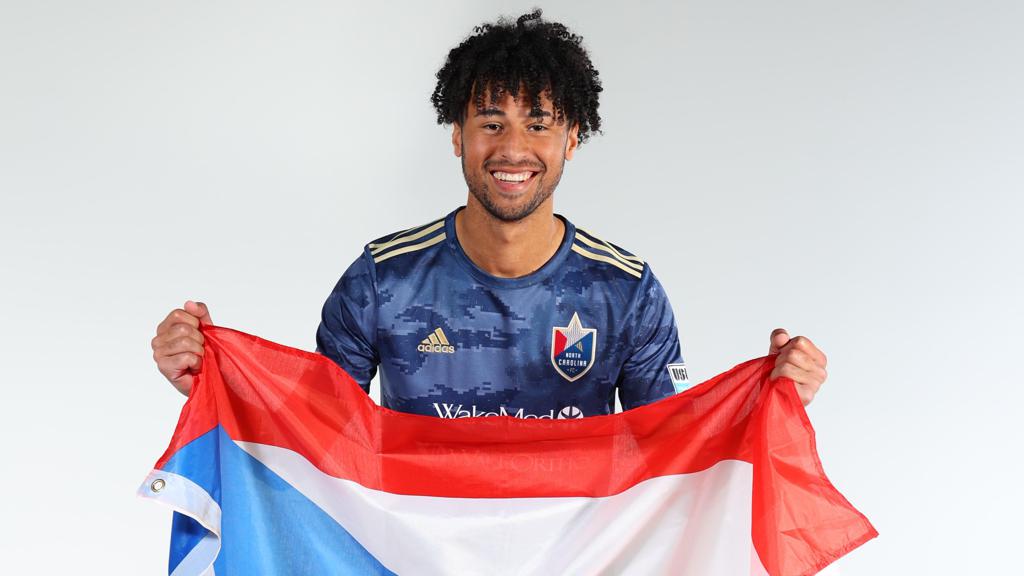 CARY, N.C. - North Carolina FC midfielder Jaden Servania has been called named to the Puerto Rican National Team roster for a pair of upcoming matches, the club announced today. Servania will report to camp in the Cayman Islands on June 5 and will be available for two Concacaf Nations League C matches.

“I’m excited and very grateful to be called up for these two upcoming matches,” Servania said. “It’s always great to be able to represent Puerto Rico and play for my family as well. I’m looking forward to seeing this group of guys and am excited about the direction things are headed in as a whole.”

For NCFC this season, Servania has made an immediate impact in the midfield, appearing in six matches for a total of 553 minutes of playing time. Across six games, the midfielder has added a goal, registered 10 key passes and has maintained 79.5% passing accuracy. Servania also opened his U.S. Open Cup scoring account with the club in early April against Rio Grande Valley FC.

For el Huracán Azul, Servania has collected six caps, a goal and an assist across FIFA World Cup qualification and international friendlies.

“It’s always a great honor to be called into international duty, and I’m thrilled for Jaden to have another opportunity to get called into the Puerto Rican National Team,” said Head Coach John Bradford. “I’m sure he will do well and we’ll be supporting him from North Carolina.”