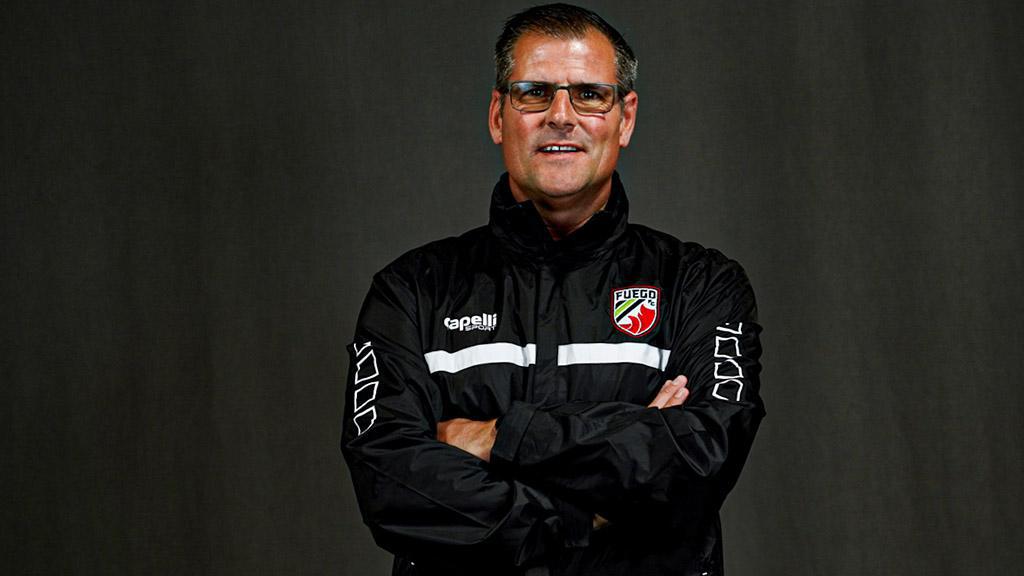 Earlier this week, Adam Smith was named as the new Sporting Director of USL League One club Central Valley Fuego FC, bringing his experience as an assistant coach in the professional ranks at Sacramento Republic FC and as Head Coach at Fresno FC and extensive knowledge of the USL ecosystem to the first-year club.

Since the dissolution of Fresno FC after the 2019 season, Smith had remained in the region while also consulting and coaching elsewhere, including at current USL Championship club Detroit City FC with Head Coach Trevor James and at longtime USL League Two club Ventura County Fusion, where he helped the club rebuild coming out of the COVID-19 pandemic at the League Two and Academy and youth levels.

We caught up with Smith to talk about the opportunity the return of professional soccer to the Central Valley will offer to build on what had already been established with numerous local products in the Fuego FC squad, calling Fresno State University’s soccer-specific stadium its home, and how the landscape of the USL has changed since he first arrived in the United States more than two decades ago.

Nicholas Murray: I'm sure you had seen what Central Valley Fuego FC was starting to build there in the local market, what did it mean to get the opportunity to become part of that group?

Adam Smith: Well, it meant everything. Originally, I was just happy that professional soccer was coming back to Fresno, because I do believe in this market. I saw the growth of Fresno with the original Fuego, and then with the growth of Fresno FC in the two-plus years I was the coach and what we were starting to do, both on the field and off the field. I felt that the team was really set up to continue growing and Year 3 would have been – I know, it's easy to say this – but we would have been challenging for silverware. I think we would have found ourselves in a final at least and obviously a final is you know, it's a crapshoot at that point as to who wins it, but we had the pieces.

That’s why it was so pleasing to see the Fuego come in to bring to bring a team back. You know, I'm really confident this group will do well, and the fanbase will continue to grow again. There'll be some exciting times ahead for the Central Valley and for professional soccer here.

NM: What does it mean that the club has numerous influential Central Valley figures in terms of players with Villyan Bijev, who’s probably one of the best players in the league, and other guys like Nathan Smith and Anthony Velarde coming back to compete for the team and represent their region?

AS: Yeah, it's a great question. I mean, in my time at Sacramento [Republic FC], myself and the head coach at the time Paul Buckle, we'd spotted Bijev with Portland, and we went after him. We believe in him as a player. Nathan, I tried to sign at Fresno FC, but you know, he just wasn't ready to leave MLS. I think he's a huge addition. Obviously, with Bijev, I probably agree with you that on his day when he's when he's on fire, he’s probably one of the best players in the league.

Then Anthony, I’ll be honest, that's probably one that I overlooked. Not that I didn't try and sign him at Fresno FC, but it was too late. By the time I went after him – whether it wasn't brought to my attention early enough or whether I didn't do enough digging – and I tried to approach him through his college coach, he told me that Pittsburgh already taken an interest in him, and he was happy with that. But he's back now and you've got those guys, and Diego Casillas, and Christian Chaney coming back, and one or two other local players as well. 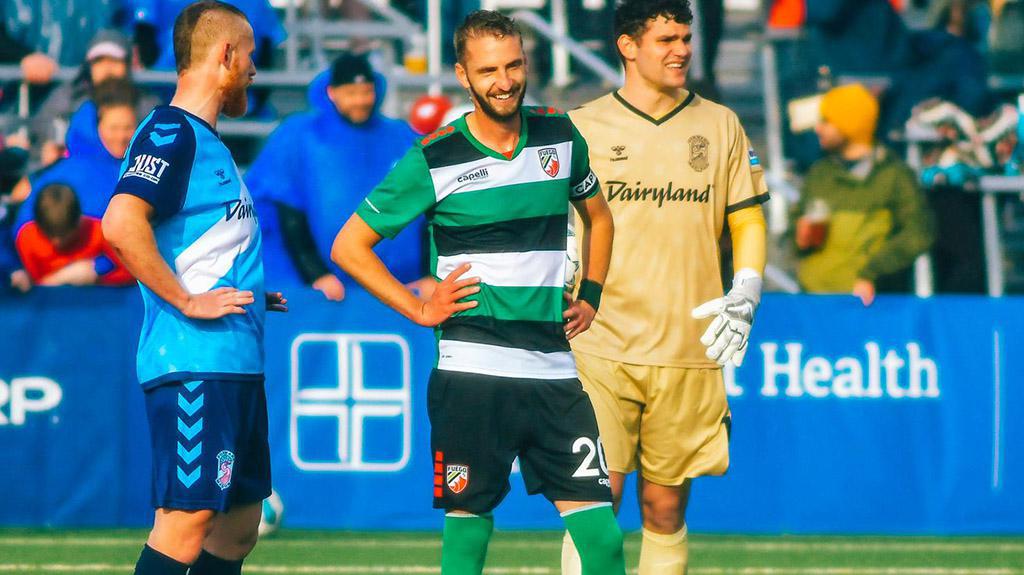 Then Anthony, I’ll be honest, that's probably one that I overlooked. Not that I didn't try and sign him at Fresno FC, but it was too late. By the time I went after him – whether it wasn't brought to my attention early enough or whether I didn't do enough digging – and I tried to approach him through his college coach, he told me that Pittsburgh already taken an interest in him, and he was happy with that. But he's back now and you've got those guys, and Diego Casillas, and Christian Chaney coming back, and one or two other local players as well.

Then in the USL League Two team we're putting together there's going to be a lot of local influence there. I think that's huge for Fresno and for the Central Valley and for the fans. It shows it shows the talent that's in this area.

NM: What does it mean to be competing at a soccer-specific stadium at Fresno State, where you have the difference in having a good playing surface and maybe a better fan experience than at Chukchanski Park?

AS: I think that's where we should have been from the start. I obviously wasn’t involved as the Head Coach in those logistical side of things in terms of the stadium and all the rest of it, I just needed to get a good team together and win games. We made the best of it, and Chukchansi had its benefits. We were able to take ownership of one end of the concourse downstairs. We put a Players Lounge together, we had a coach's office, we had the player’s locker room. We really made it soccer-specific, painted in club colors, crests put out, slogans put around the locker room, and it felt like a soccer stadium, even though you were in a baseball stadium.

It wasn't bad, and obviously with the brewery being across the road from a fan perspective, and the stadium itself being a good stadium, it worked. We made it a fortress – we didn't lose many games at home. On the negative side, it was too big, it was still a baseball stadium. The field setup, when you have to put the turf down, it's not ideal. It's not as compact and tight.

Now we have that sort of atmosphere, and it’s going get better because they're in the process of putting more stands in. That's what we're going to have at Fresno State, and I think it's going to create a very, very good atmosphere. And hopefully that comes across on the television, you know, people are really tight to the field. It's going to be a hard ticket to get with a lot of my friends and family and that's what you want.

NM: You've been in the Fresno area for a few years now. What has it been like to see the way that that market is developing and especially the talent that you have the potential to develop and bring through the USL Academy team, the USL League Two team, and hopefully into the First Team and the professional level in the coming years?

AS: I mean, it doesn't surprise me. If you look back at the old Fuego days, I came and scouted a couple of players for a few games for Sacramento, came and scouted Elliott Hord back in the day and Christian Chaney.  Even before that when [Adam’s father] Graham was coaching at Ventura County Fusion, they used to always have some good battles against the Fuego and there was always a decent crowd.

It’s really a market that hasn't been tapped into so much. In the USL, there's a few teams that have built that, and I think that's something that we really need to look at longer term, but I think the future is bright. The ownership group here is fantastic family. They don't have any plans to go anywhere, and thankfully, we have a second chance. 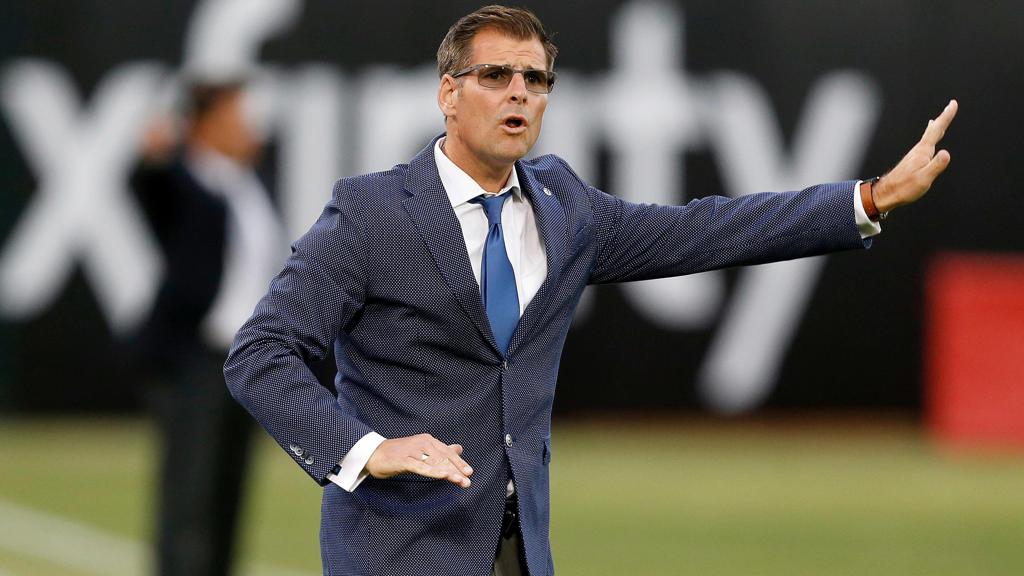 New Central Valley Fuego FC Sporting Director Adam Smith brings a wealth of prior experience to his new position, and a love for the sport's development in the Fresno region. | Photo courtesy Kiel Maddox

NM: You’ve seen the direction the USL has gone over the last five years and now we're starting to see those Academy players start to make that jump, whether it’s into youth national team programs, or last offseason players making that jump to Europe. How big do you think that is for American soccer as a whole, where you have places like Fresno or elsewhere across the USL landscape that can now develop its own talent and send it out to big opportunities?

AS: Yeah, I mean, I played in the league back in the late 90s, early 2000s, and it has come on leaps and bounds. I'm so glad that it’s been able to weather the storms, because in terms of the longevity of the league, you know, it’s a strong league now and it’s not going anywhere. It's got some great people behind the scenes. I attended the Winter Summit in December in Florida, and it was a fantastic event.  [USL President] Jake [Edwards], [USL CEO] Alec [Papadakis], [USL COO and Chief Real Estate Officer] Justin [Papadakis] and all you guys, how you structured it and how you made it so easy to follow. It’s the same with all the different support networks that you have now for the different departments within a football club. It’s brilliant.

Now we're starting to see the academies get bigger, [USL Technical Director] Liam [O’Connell’s] doing a brilliant job with the Academy set up, younger players are getting opportunities to play and then move on. I think the future is very, very bright and I'm really proud to be to be part of it. The USL has proved itself, now we can move forward and build something very, very special. It's going in that direction.